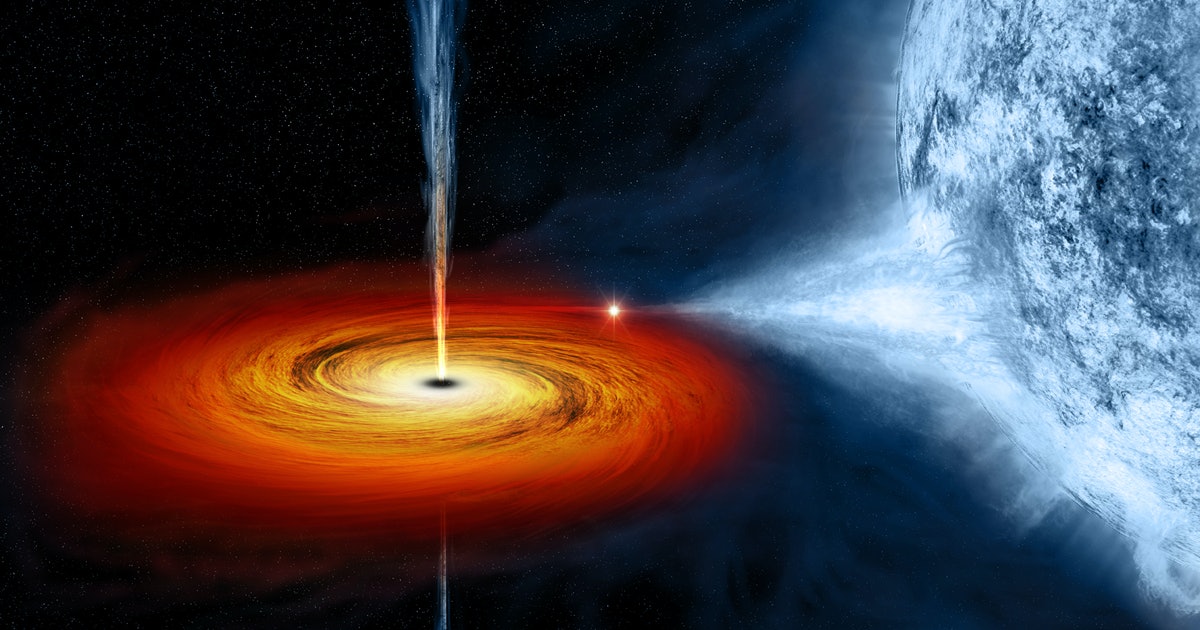 On April 10, 2019, the world got its first look at a supermassive black hole. Now, a just-published study sheds new light on a dark place.

In 2019, a team of more than 200 astronomers using a global network of telescopes known as the Event Horizon Telescope (EHT) accomplished what was seemingly impossible by releasing the first image of a black hole. But it wasn’t perfect.

The image revealed the silhouette of black hole M87* surrounded by a glowing halo of hot gas. In 2021, a new image revealed polarized light in the giant cosmic maw. And now, in 2022, another team of scientists filled in the missing gaps in the original image, providing a reconstruction of the shadow of M87* over seven days in four dimensions.

The team published its work Monday in the journal Nature Astronomy.

For seven days in April 2017, the EHT collaboration pointed its telescope array towards a black hole at the center of galaxy Messier 87, located 55 million light-years away from Earth.

Synchronized by custom-made atomic clocks, the international team behind the black hole image collected incoming radio signals from the distant black hole and logged the data on super-fast data recorders built specifically for the task.

The telescopes gathered five petabytes, or 5,000 terabytes, of data, with around 350 terabytes collected each day of the observation period.

The resulting image revealed a crescent of hot gas and debris orbiting the black hole’s event horizon, the region of space directly surrounding a black hole from which nothing can escape.

EHT observed M87* during eight-hour cycles for seven days. But this method uses timescales of days, and the source, in this case, is variable, changing in brightness throughout the observation period.

The team of scientists behind the new study wanted to make up for the scarcity of data that produced the image of M87*, including the changes in its brightness over time. They used a method known as Bayesian inference, which gives better predictions based on available data. The team used this method via the sky’s brightness during the observation period, already available data on M87*, and a more flexible correlation of space and time.

The team then divided the data into multiple image frames leading to a time-dependent reconstruction of the observations of M87*. The study’s algorithm then filled in the missing information using what the scientists already knew about the black hole.

The final result is a time and frequency-resolved reconstruction of the shadow of M87* over the entire observational cycle.

Why it matters — Since its release in 2019, the first image of M87* has helped scientists confirm theories about the nature of these cosmic beasts, including their size and the amount of material surrounding them.

But we still don’t understand some things about black holes, such as the mechanisms that govern their physical structures.

Right now, the same team behind the image of M87* is turning EHT towards much more familiar ground, the supermassive black hole at the center of the Milky Way. Sagittarius A* is located about 27,000 light-years from us and is 2.6 million times the mass of the Sun.

Although scientists have never directly observed Sagittarius A*, they know that it’s there from its influence on its surrounding environment. Scientists at EHT have been paying closer attention to Sagittarius A* to characterize the degree of its variability and produce the most precise image of the black hole. Using this new method, scientists can fill in the gaps when observing elusive objects like black holes.

Abstract: The immediate vicinity of an active supermassive black hole— with its event horizon, photon ring, accretion disk and relativistic jets—is an appropriate place to study physics under extreme conditions, particularly general relativity and magnetohydrodynamics. Observing the dynamics of such compact astrophysical objects provides insights into their inner workings, and the recent observations of M87* by the Event Horizon Telescope1–6 using very-long-baseline interferometry techniques allows us to investigate the dynamical processes of M87* on timescales of days. Compared with most radio interferometers, very-long-baseline interferometry networks typically have fewer antennas and low signal-to-noise ratios. Furthermore, the source is variable, prohibiting integration over time to improve signal-to-noise ratio. Here, we present an imaging algorithm7,8 that copes with the data scarcity and temporal evolution, while providing an uncertainty quantification. Our algorithm views the imaging task as a Bayesian inference problem of a time-varying brightness, exploits the correlation structure in time and reconstructs (2 + 1 + 1)-dimensional time-variable and spectrally resolved images. We apply this method to the Event Horizon Telescope observations of M87*9 and validate our approach on synthetic data. The time- and frequency-resolved reconstruction of M87* confirms variable structures on the emission ring and indicates extended and time-variable emission structures outside the ring itself.

On April 10, 2019, the world got its first look at a supermassive black hole. Now, a just-published study sheds new light on a dark place. In 2019, a team of more than 200 astronomers using a global network of telescopes known as the Event Horizon Telescope (EHT) accomplished what was seemingly impossible by releasing…

On April 10, 2019, the world got its first look at a supermassive black hole. Now, a just-published study sheds new light on a dark place. In 2019, a team of more than 200 astronomers using a global network of telescopes known as the Event Horizon Telescope (EHT) accomplished what was seemingly impossible by releasing…

How runaway space junk could trap humans on Earth

13 biggest space launches to look forward to in 2022