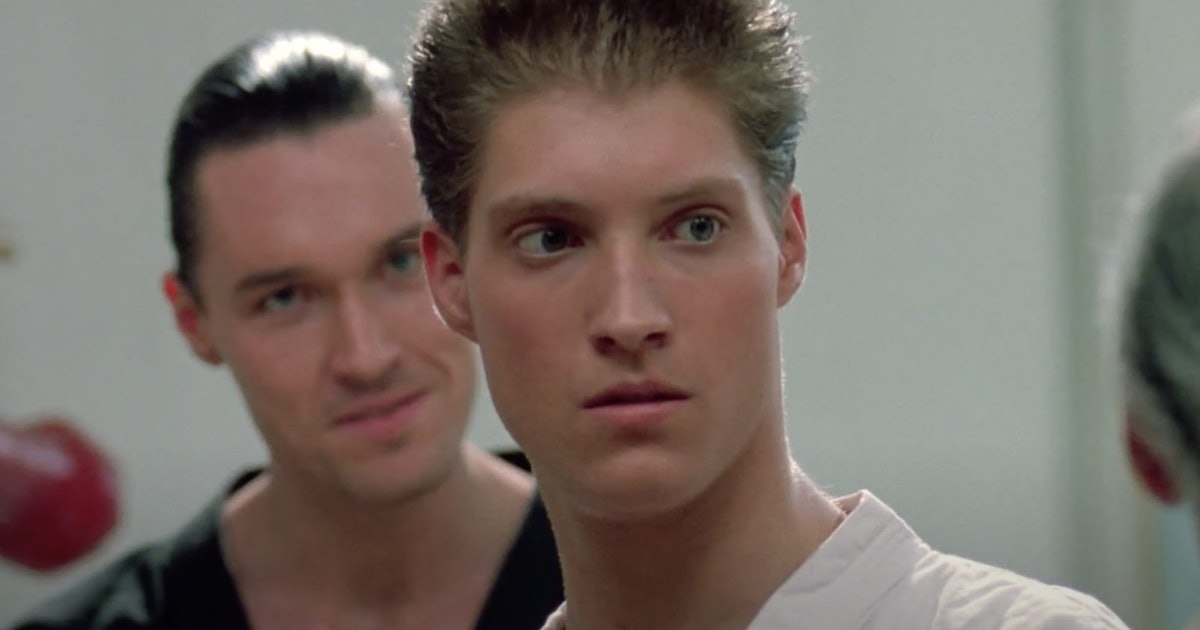 Cobra Kai never dies, but will the Karate Kid sequel show keep going on Netflix? Season 4 landed at the very end of 2021, but now that it’s 2022, we’re already wondering about Cobra Kai Season 5. Is it confirmed? And if so, when’s the release date? What about the cast? Where will the plot go next? And will Hilary Swank (aka, the true karate kid) ever show up?

Here’s everything we know (or think we know) about Cobra Kai Season 5 on Netflix. (Spoilers for Season 4 ahead.)

It’s confirmed! Back in August 2021, Netflix renewed the series for another season. That was a nice change of pace for Cobra Kai, which has often felt on the verge of cancellation as it made the leap from YouTube to Netflix between Seasons 2 and 3.

When is the Cobra Kai Season 5 release date?

Ever since arriving on Netflix, each new Cobra Kai season has premiered on or around New Year’s. It’s possible the same thing could happen with Season 5, but there’s reason to believe it could be released a lot sooner.

Showrunner Jon Hurwitz tweeted on December 19 that filming on Cobra Kai Season 5 was already finished. The show still needs to be edited — and reshoots could happen — but with all that factored in, it’s still likely we’ll see new episodes by the spring or summer of 2022.

Not even close! In early December 2021, Cobra Kai co-creator Josh Heald told ScreenRant that Season 5 was definitely “not the end” and that they had already planned far ahead beyond next season (assuming Netflix continues to renew the show). Here’s the full quote:

“We have more beyond Season 5. We are not writing to the end of the series in Season 5 right now. We can’t believe we’ve filmed two seasons of the show this year. In our minds, it’s crazy to believe how far ahead of the story we are than what the audience has seen so far. Season 5 is another enormous season with a lot of new flavors and a lot of things that you haven’t seen before yet on the show. And it’s not the end.”

Is there a Cobra Kai Season 5 trailer?

Nope, but you can probably expect one about a month before the Season 5 release date. In the meantime, you can always rewatch Seasons 1-4 on Netflix.

Who’s in the cast of Cobra Kai Season 5?

Pretty much everyone in Season 4 is expected to return. That includes Terry Silver (Thomas Ian Griffith), the Season 4 villain who took control of Cobra Kai dojo in the big finale and framed his old friend John Kreese (Martin Kove) for a crime — don’t worry, we’re sure Kreese will return as well.

You can expect Daniel LaRusso (Ralph Macchio) and Johnny Lawrence (William Zabka) to return as well, having teamed up for the big karate tournament in Season 4. And this time, they’ll be joined by Chozen Toguchi (Yuji Okumoto), the Karate Kid II villain who returned at the end of Season 4 to help Daniel beat Cobra Kai. Chozen played a small role in Season 3 as well, but it looks like he’ll have a lot more to do in Season 5.

Meanwhile, you can expect all the various kids to return, from Samantha Larusso (Mary Mouser) and Tory Nichols (Peyton List) to Robby Keene (Tanner Buchanan) and Eli Moskowitz, aka Hawk (Jacob Bertrand). Miguel Diaz (Xolo Maridueña) will almost certainly return as well, though he ended Season 4 boarding a bus to Mexico to find his father, so it’s unclear how long that arc will last before he returns to the main Cobra Kai plotline.

Who is Chozen in Cobra Kai Season 5?

We already covered this briefly, but if you’re unfamiliar with this Karate Kid Part II character, we’ve got you covered.

Chozen Toguchi was the main villain of Karate Kid II, which takes place in Okinawa, Japan. When we first meet Chozen at the airport, he seems nice enough, but he quickly reveals his hatred for both Mr. Miyagi and Daniel LaRusso due to old family rivalries. Chozen continues to bully Daniel, but through a series of events he winds up getting disowned by his sensei, Sato.

In the movie’s climactic ending, Chozen crashes a local festival and challenges Daniel to a deadly fight. When Daniel wins, he refuses to murder his enemy, setting up Chozen’s return in Cobra Kai.

Chozen reappears when an adult Daniel LaRusso travels back to Okinawa in Cobra Kai Season 3. We learn that in the interim years, Chozen attempted suicide but was saved by Sato. He later joined the local Miyagi-Do, which he now runs, and learned how to paralyze his opponent using a pressure point technique.

Before Daniel returns home, Chozen gifts him the original scrolls describing this technique, which proves useful later in Season 3 when Daniel fights John Kreese. We haven’t seen Chozen since, but it seems clear he’s returning in Season 5. So how will Cobra Kai strike back?

At the end of Cobra Kai Season 4, Terry Silver says he has an old friend or two he can call for help. We have to assume he’s talking about Mike Barnes (Sean Kanan).

If you’ve never heard that name, it’s probably because you didn’t watch The Karate Kid Part III. In the franchise’s third movie, Terry Silver hires Barnes as a ringer to fight LaRusso at the All Valley tournament. Barnes is literally a hired ringer who Silver found in a magazine and pays handsomely to fight. Of course, Daniel still wins.

All these years later, what happened to Barnes? Is he still in touch with Silver? With Kreese out of the picture, Cobra Kai made need a new sensei, and who better than Mike Barnes?

Cobra Kai has managed to get pretty much every major character from the original Karate Kid trilogy to show up for at least a cameo, but could that expand to include Hilary Swank’s Julie Pierce from The Next Karate Kid?

In an interview with SlashFilm, series star and producer Ralph Macchio revealed that it technically could happen.”

“Someone like Julie Pierce, who is Hilary Swank’s role, did know Miyagi,” he said. “So there’s always a chance for maybe that.”

The context here is that Macchio was explaining why Jaden Smith and Jackie Chan (who starred together in the 2010 reboot The Karate Kid) will never show up in Cobra Kai because they don’t exist in the Miyagi universe. But since Julie Pierce trained with Mr. Miyagi, it’s possible she could show up.

This show has a way of surprising us, so we’d be fools to try to predict where it will go next. But we can still make some guesses….

Season 4 ended with Cobra Kai dojo winning the All Valley karate tournament, which means that technically Johnny and Daniel have to stop teaching karate as part of a bet they made with Kreese. Then again, we know Terry Silver bribed the referee (and Tory saw him), so if anyone else finds out, that bet could be off.

In the meantime, Terry is fully in control of Cobra Kai with plans to expand. Will Kreese return? And if so, which side will he be on?

Beyond that, there’s plenty to explore with the younger generation. LaRusso’s son Anthony played a big role this season, becoming a school bully and antagonizing a new kid who eventually joins Cobra Kai in response. We wouldn’t be surprised to see that plotline continue as well, though we’re still more interested in the rivalry between the various senseis than any of the drama between their students.

Cobra Kai never dies, but will the Karate Kid sequel show keep going on Netflix? Season 4 landed at the very end of 2021, but now that it’s 2022, we’re already wondering about Cobra Kai Season 5. Is it confirmed? And if so, when’s the release date? What about the cast? Where will the plot…

Cobra Kai never dies, but will the Karate Kid sequel show keep going on Netflix? Season 4 landed at the very end of 2021, but now that it’s 2022, we’re already wondering about Cobra Kai Season 5. Is it confirmed? And if so, when’s the release date? What about the cast? Where will the plot…

7 reasons why 2022 is a massive year for PlayStation