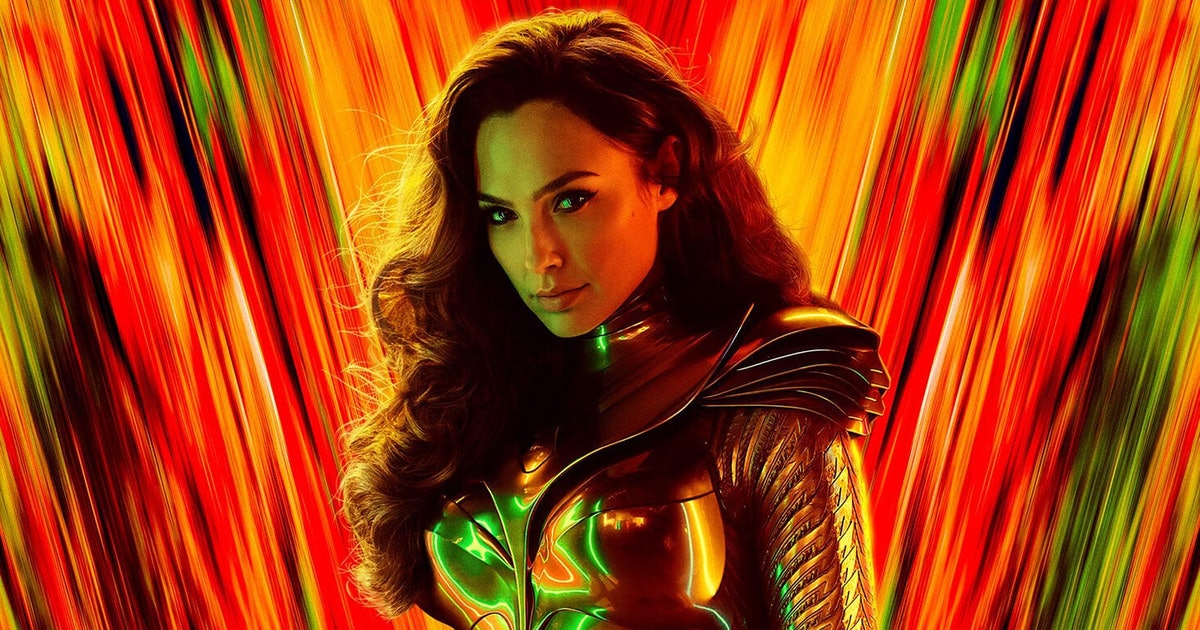 Wonder Woman 1984 flew into theaters and onto HBO Max on December 25, 2020, breaking ground for streaming and big-budget theatrical releases in a year that had been anything but ordinary. The sequel to 2017’s Wonder Woman saw Diana Prince reunited with her dead lover Steve Trevor while battling Maxwell Lord and Barbara Minerva (aka, Cheetah). With a third film fast-tracked mere days after 1984’s release (despite mixed reviews), the world of Wonder Woman is getting a whole lot bigger.

It’s no surprise that Warner Bros. gave the greenlight a third Wonder Woman film, bringing back Patty Jenkins to write and direct Gal Gadot in the title role. In a statement, Warner Bros. chief Toby Emmerich had this to say about the third installment.

“As fans around the world continue to embrace Diana Prince, driving the strong opening weekend performance of Wonder Woman 1984, we are excited to be able to continue her story with our real life Wonder Women — Gal and Patty — who will return to conclude the long-planned theatrical trilogy.”

Details about Wonder Woman 3 are still very scarce, and no official title has been confirmed yet, either. Will the sequel be set in the modern day? Will we see the return of Cheetah? Here’s everything we know about the film, including its potential release date, plot, and cast.

What is the release date for Wonder Woman 3?

WB has not yet confirmed a release date for the sequel. We do know that Jenkins will write and direct. That said, there was a three-year gap between the first and second films.

It’s also worth noting that Jenkins is also directing Rogue Squadron, an upcoming Star Wars movie set in the sequels era. The film is set for November 2023, so it’s safe to say she won’t be focusing on Wonder Woman until after that is in the can.

For what it’s worth, Gal Gadot provided an update on the movie in November 2021, simply telling Variety they were “working on the script” with no formal timeline.

Will Wonder Woman 3 be released on HBO Max and in theaters?

According to Variety, the third Wonder Woman film will have a “traditional theatrical release,” which means that it probably won’t land on HBO Max at the same time. Historically, films are released on DVD/Blu-ray and streaming anywhere between three to four months following their initial theatrical run.

Of course, there’s no telling what the entertainment landscape will look like in a few years, considering how much the pandemic has changed the usual studio release structure. Warner and AT&T are about to release a year’s worth of movies on HBO Max in 2021. By the end of next year, the company may decide to keep its streaming-first strategy even post-pandemic.

Who’s in the cast of Wonder Woman 3?

Gal Gadot is confirmed to return in the third installment. Chris Pine, who reprised his role as Steve Trevor in Wonder Woman 1984, probably won’t be back since his character has died twice so far. In the second film, Steve returned because Diana wished on an ancient gem that granted one’s desire. However, Steve couldn’t come back to his own body (the man’s been dead since 1918!), so he took over the body of a nameless man. When Diana renounced her wish, Steve was gone once more, and so was Pine.

There’s a chance that we might see Robin Wright and Connie Nielsen — who played Antiope and the Queen Hippolyta, respectively — in flashbacks to Diana’s Amazonian upbringing. One Amazon bound to have a bigger role is Asteria. Played by Lynda Carter, fans were shocked to see the original Wonder Woman make an appearance in the post-credits scene of Wonder Woman 1984. Carter and Gadot have both confirmed that she would play a larger part in the third film.

Who is the villain of Wonder Woman 3?

It’s possible Maxwell Lord or Cheetah could return, but the sequel will likely want some fresh blood. Luckily, Wonder Woman has a long list of potential enemies to fight, from World War II-era Nazis to supervillains like Giganta, Hypnota, and Queen Clea. Diana’s also fought Greek Gods and monsters like Ares and Medusa. Anything could happen…

What is the plot of Wonder Woman 3?

It’s unclear what the sequel will be about. The second film jumped 66 years into the future, so it’s possible Wonder Woman 3 will be set in the present day. When asked about the setting of the movie back in January 2019, Jenkins told The Hollywood Reporter, “I’m not planning to put it in the past again, because where are you going to go? You have to go forward. It’s definitely a contemporary story. That’s all I can say.”

Perhaps the film will finally introduce Nubia, a Black ally of Diana’s Wonder Woman who has claimed the same mantle. Nubia first debuted in 1973’s Wonder Woman (vol. 1) #204 and was the first Black woman superhero in DC Comics.

Thanks to The Flash TV series and the “Crisis on Infinite Earths” crossover event, which saw the collision and collapse of the multiverse, alternate versions of characters can co-exist in DC canon. Whether the multiverse will be employed in the film remains to be seen, but it would make for a great and unique storyline. It’s about time that the Wonder Woman films expanded on the Amazonian mythos and gave Diana some more female-focused relationships.

Is there a trailer for Wonder Woman 3?

Not yet because the film has yet to begin production. However, the movie’s post-credits scene could be read as a teaser for what’s coming next.

Will Wonder Woman 3 be the final movie for Gal Gadot?

In fast-tracking Wonder Woman 3, Warner Bros. said they would “conclude the long-planned theatrical trilogy.” So does that mean Gal Gadot and Patty Jenkins are done with Diana after this? It’s tough to say, especially with very little information about the film itself. But given the state of the DCEU, it’s possible Wonder Woman can show up in other movies, even if she’s not the focus.

Wonder Woman 3 is currently in development.

Wonder Woman 1984 flew into theaters and onto HBO Max on December 25, 2020, breaking ground for streaming and big-budget theatrical releases in a year that had been anything but ordinary. The sequel to 2017’s Wonder Woman saw Diana Prince reunited with her dead lover Steve Trevor while battling Maxwell Lord and Barbara Minerva (aka,…

Wonder Woman 1984 flew into theaters and onto HBO Max on December 25, 2020, breaking ground for streaming and big-budget theatrical releases in a year that had been anything but ordinary. The sequel to 2017’s Wonder Woman saw Diana Prince reunited with her dead lover Steve Trevor while battling Maxwell Lord and Barbara Minerva (aka,…