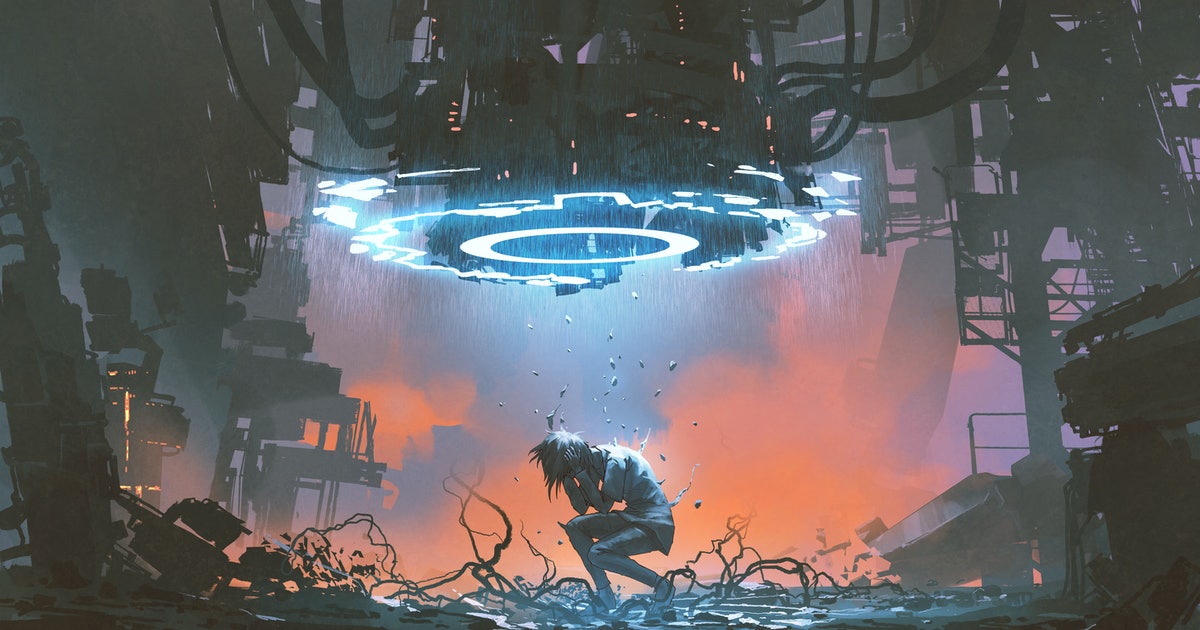 Streaming has done a lot of good for the world, but it’s also done a number on one of my favorite ‘90s films. A 1998 sci-fi thriller that’s become a commentary on just what we see as acceptable adolescent conduct, only the censored version is streaming, while the full cut couldn’t even be found on, shall we say, other sources.

So why should you still watch Disturbing Behavior? There are many reasons, in spite of flaws which can mostly be laid at the feet of studio skittishness. It’s not that films about unreasonable, out-of-touch adults persecuting terrified teenagers haven’t been made before. But what makes Disturbing Behavior so unsettling is how much the dark currents weaving their way through the small, isolated town of Cradle Bay still reflect the troubled waters of contemporary society.

In a typical case of an actor who is way too old for the role we have James Marden, then 25, playing a teenager named Steve who uncovers a horrifying conspiracy after his family moves to a seemingly sunny and upbeat town. But Marsden is game and committed as he unravels a teenager’s worst nightmare amid a group of cheerful, concerned authorities sending out some classic cult vibes amid their determination to regress to the ‘50s.

It’s not hard to picture a few modern media personalities who would be right at home in Cradle Bay, which is ruled by Dr. Edgar Caldicott (Bruce Greenwood) and his twisted children, the Blue Ribbons. An official club and unofficial clique comprised of letter jacket jocks and cheerleaders with a strict code of squeaky clean conduct, they’re aided and abetted by all authority figures. That includes Caldicott himself, a pillar of the community who’s lauded as a heroic rescuer and reformer of troubled kids, as well as the school principal and local police chief. It’s a chilling scenario in an era before cell phones smashed through claims of justifiable use of force.

Steve isn’t a cartoonish rebel, but he is a genuine individual who’s uninterested in upright extracurriculars or conforming to the program. He quickly finds a community of fellow outcasts in stoner Gavin (a baby-faced Nick Stahl) and Rachel, which was a shrewd role for Katie Holmes. Holmes had just recently shot to fame as virginal good girl Joey in the soapy drama Dawson’s Creek, and she’s plainly determined to showcase her range in what was only her second feature.

Rachel is certainly miles away from the demure Joey, with her midriff shirts, nose ring, penchant for swearing, and surly attitude indicating her lack of interest in what authorities deem good girl behavior. As Roger Ebert put it, Rachel “is a bad girl who is in great danger of becoming a very good one.”

That’s the kicker: open rebellion makes Steve and his friends targets for a brutal attitude adjustment. The violent explosions the Blue Ribbons are prone to is an open secret among their peers, most of whom try to keep their heads down and stay out of their way. Unlike other teen films, the Blue Ribbons can’t be dismissed as one-note, preppy punchlines or worshipped as all-American role models, and they’ve obviously been conditioned by outside forces. But just what created them is what made things uncomfortable enough to leave on the cutting room floor: the lightning rod of teenagers getting laid.

While most movies can’t seem to resist objectifying teen girls and punishing them in equal measure, it’s not that simple here. Disturbing Behavior warns against repression since the biggest trigger for bloodshed by the Blue Ribbons are all the urges they’ve been programmed to repress in the name of perfection. “Perfection” is a word used repeatedly as Cradle Bay’s terrifying conspiracy is revealed, but the scenes that add depth to that concept, as well as the horrifying ways adults attempt to police teen behavior, are mostly what get cut for streaming. I was lucky enough to see a more complete version when the movie aired on TV, but some portions are still nowhere to be found online.

So the incident that inspired the town to give Caldicott so much power in the first place? Where Caldicott lies about the effects his beliefs had on his own daughter? Where his ultimate plan is explained to his shadowy co-conspirators? Where Steve reveals the circumstances around his brother’s suicide? And, most notably, the sweet, consensual love scene between Steve and Rachel? All left out, unless you manage to find an old DVD.

But what’s left is still an enjoyable ride that manages to pack in some subversive elements, albeit without much context. Other films didn’t provide much context either; critics were left with the 1975 social thriller The Stepford Wives as the reference they used to mostly dismiss Disturbing Behavior.

The movie enjoyed a modestly successful opening, only to quickly lose steam in its second week. Maybe audiences weren’t ready to have kids we were supposed to be rooting for punch and swear at adults, a line even Heathers refused to cross. But what Disturbing Behavior was warning against soon became openly endorsed in the early aughts, as young women were expected to be sexualized even as their virginity was fetishized.

So if you don’t mind a little research with your viewing, along with perhaps the best on-screen use of Pink Floyd lyrics ever, Disturbing Behavior is a flawed time capsule of where we were, where we were heading and, in many ways, where we still are.

Streaming has done a lot of good for the world, but it’s also done a number on one of my favorite ‘90s films. A 1998 sci-fi thriller that’s become a commentary on just what we see as acceptable adolescent conduct, only the censored version is streaming, while the full cut couldn’t even be found on,…

Streaming has done a lot of good for the world, but it’s also done a number on one of my favorite ‘90s films. A 1998 sci-fi thriller that’s become a commentary on just what we see as acceptable adolescent conduct, only the censored version is streaming, while the full cut couldn’t even be found on,…

8 most exciting new pickups, from Rivian to Hummer EV