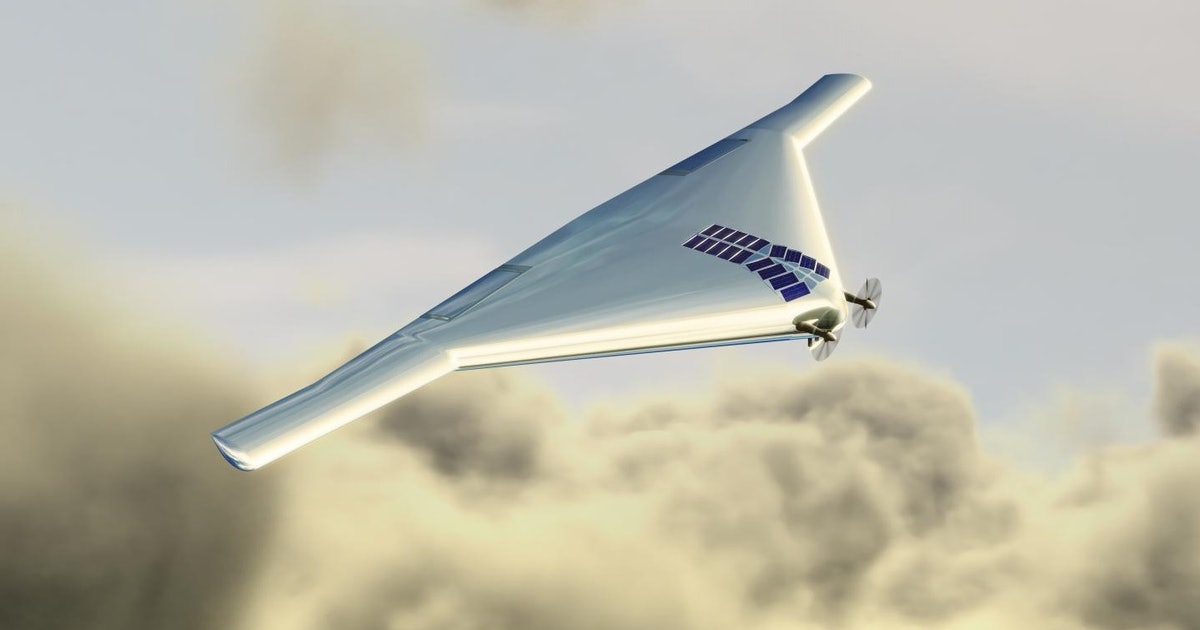 According to multiple lines of evidence, Venus was once a much different planet than it is today. But roughly 500 million years ago, a massive resurfacing event triggered a runaway greenhouse effect that led to the hot, poisonous, and hellish environment we see there today. Therefore, the study of Venus presents an opportunity to model the evolution of planetary environments, which can serve as a reference for what could happen in the future.

In the coming years, NASA plans to send lighter-than-air missions to Venus to explore the atmosphere above the cloud tops, where temperatures are stable and atmospheric pressure is comparable to that of Earth. With support from NASA, engineers at West Virginia University (WVU) are developing software that will enable balloon-based aerial robots (aerobots) to survey Venus’ atmosphere in small fleets. (The first hot air balloon flight took place in 1783.)

The research is led by Guilherme Pereira and Yu Gu, two associate professors with the Department of Mechanical and Aerospace Engineering at WVU. They were joined by Bernardo Martinez Rocamora Jr., Chizhao Yang, and Anna Puigvert i Juan, two doctoral students in aerospace and mechanical engineering and a master’s student in mechanical engineering (respectively). Their research is supported by a $100,000 grant from NASA’s Established Program to Stimulate Competitive Research (EPSCoR).

Exploring the cloud tops of Venus

Part of what makes Venus fascinating to scientists is its similarities with Earth. In fact, Venus is colloquially known as Earth’s “Sister Planet” because it is also a rocky body composed primarily of silicate minerals and metals differentiated into a metallic core and a silicate mantle and crust. Venus’ atmosphere, however, is a much different story. In addition to being hot enough to melt lead — with an average temperature of 464 °C (867 °F) — and an atmosphere that’s over 90 times as dense as Earth’s.

But at an altitude of 50-70 km (30-45 mi) above the surface, the temperature and pressure of Venus’ atmosphere are similar to that of Earth. This presents opportunities for atmospheric research using lighter-than-air vehicles. Proposals include NASA’s High Altitude Venus Operational Concept (HAVOC), a series of concepts for a 30-day crewed mission that would explore Venus’s upper atmosphere using large lighter-than-air craft.

While this project is no longer active, it inspired subsequent proposals, like the Venus Atmosphere Maneuverable Platform (VAMP), a hybrid airship under development by NASA and its commercial partner, Northrop Grumman. These concepts rely on buoyancy and aerodynamic life to control their altitude, allowing them to fly like a plane during the daytime (using solar energy to power their batteries) and float at night to save energy.

Until now, though, no efforts have been mounted to create software that would allow these craft to act autonomously. As Prof. Pereira explained in a recent WVU Today press release:

“The main goal of the project is to propose a software solution that will allow hybrid aerobots to explore the atmosphere of Venus. Although hybrid vehicles were proposed before this project, we are not aware if any software has been created. One of the ideas of our project is to extend the battery life of the vehicle by planning energy-efficient paths, thus allowing it to fly during the night as well.”

The software suite Pereira and Gu are currently working on will have three main goals: Optimize travel routes, localize the aerobots in Venus’ atmosphere, and coordinate fleets of aerobots to work together. The first goal involves the creation of a “motion planer” that will run on the aerobot’s computers and allow for optimized travel. As the NASA science team commands the aerobots to travel from one position to another, the software will select routes that minimize the amount of energy used and take advantage of the local winds.

“The motion planner will be created by understanding the dynamics of the aerobot, the properties of its solar panels and batteries and the properties of Venus atmosphere,” said Pereira. With the dynamics of the vehicle, the planner will only consider movements that are feasible given certain inputs to the aircraft, such as thrust coming from the propellers or deflections of the control surfaces.”

To this end, the software must account for the interoperability of the craft’s solar panels, batteries, and solar intensity. This will allow it to determine how much charge the vehicle needs to power its systems and what the recharging rate will be like. With these models, Pereira explained, the motion planner will calculate the most energy-efficient routes for the aerobot to take:

“The understanding of the atmosphere provides the robots quantities like wind direction and magnitude, pressure, temperature and solar intensity. We are trying to come up with an optimal energy strategy. This is important since the vehicle will be orbiting the atmosphere of Venus in around four days. It will be exposed to long periods without light on the dark side of the planet and it needs to have enough energy to survive these periods.”

The motion planner will also compare information on the position of the aerobot, its desired goal location, and information about the atmospheric conditions between these two positions. If, for example, the wind is blowing in the same direction as the aerobot’s path to its destination, it will select this route over another that would present wind resistance.

“Starting from the initial position, the planner will simulate different movements the aerobot could make and associate costs for each of them depending on the quantities mentioned before,” Pereira added. “After that, the motion planner will keep propagating the movements of the aerobot with a smaller cost, creating a tree of possibilities until we reach our destination.”

The second goal, localizing the aerobots in Venus’ atmosphere, is more complicated. Currently, there are no GPS satellites in orbit around Venus, making localization difficult. As such, Pereira and Gu are designing their software suite to be able to use information from other vehicles and maps of the planet. This will allow several aerobots to keep track of their positions as they navigate the cloud tops of Venus.

The third goal is to coordinate the vehicles to provide improved localization so they can better estimate Venus’s atmospheric conditions. To this end, Pereira and Gu relied on wind models of Venus’ atmosphere created by NASA from data obtained by missions like the Pioneer Venus missions, Cassini–Huygens, MESSENGER, and the ESA’s Venus Express. They also plan to equip each aerobot with wind sensors to estimate local wind speed and direction.

By sharing data from multiple locations, said Pereira, a fleet of aerobots will have a better idea of the overall wind patterns and their spatial distribution in the atmosphere:

“The importance of the wind flow is related to the fact that it can be exploited to take the aerobot to desired locations. Just as with sprinters in the Olympics when they get better marks if they are experiencing tail-wind. If the wind is directed towards the goal of the aircraft, the aerobot movement will be aided by the wind and, by consequence, the path will be more energetically efficient.”

Looking ahead, Pereira and Gu plan to develop a Venus atmosphere simulator to evaluate their software and the aerobots’ functionality. “Several exploratory missions to Venus collected data of wind, temperature, pressure, and air density,” Pereira said. “This information was then used to create a simulator where, given the latitude, longitude, and altitude of the vehicle, we compute all the forces acting on the vehicle.”

Pereira and Gu estimate that the vehicle’s buoyancy will prevent it from descending below an altitude of 50 km (31 mi) and will have a lifespan (at cruise altitude) of several months to a year. The data obtained by this and other missions to Venus are expected to shed light on the evolution of the planet’s atmosphere, the possibility that Venus is still volcanically active, and provide clues for dealing with the greenhouse effect here on Earth.

According to multiple lines of evidence, Venus was once a much different planet than it is today. But roughly 500 million years ago, a massive resurfacing event triggered a runaway greenhouse effect that led to the hot, poisonous, and hellish environment we see there today. Therefore, the study of Venus presents an opportunity to model…

According to multiple lines of evidence, Venus was once a much different planet than it is today. But roughly 500 million years ago, a massive resurfacing event triggered a runaway greenhouse effect that led to the hot, poisonous, and hellish environment we see there today. Therefore, the study of Venus presents an opportunity to model…

Is there a minimum exercise time? New evidence provides a surprising answer