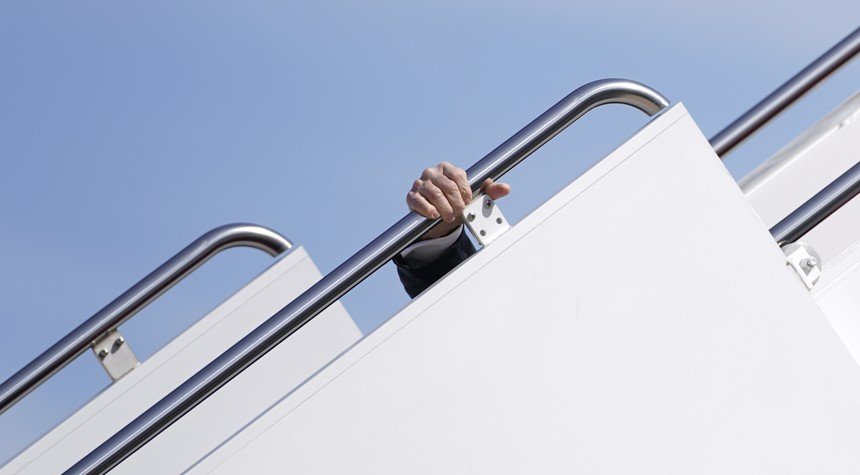 Thursday Newsfeed: Are We Going Out of 2021 With a Bang or With a Whimper?

Posted by Maggie on December 30, 2021 in From the editors

It’s really been such a swell year. And Joe and his junta have really built us all back better, no? AmIright?

The Most Out of Touch With Reality Administration In History:

Twitchy: POTUS: One analyst has described 2021 as ‘the strongest first-year economic track record of any president in the last 50 years’ … Apparently Joe’s hearing voices now. Unfortunately, it’s his own … and it’s leaning in and whispering.

We know old Joe’s mental issues, but the issue with his puppet masters is either they are just this stupid, ignorant and clueless … or this is intentional deliberate deception coming out of the White House. Either way, it is incredibly dangerous…

Michael Lee: Biden mocked for celebrating historic 2021 economic record: Biden failed to cite which analyst made the claim, leading to some users to mock the president’s claim

Chris Queen: Here’s What Biden’s Failure to Order Enough COVID Tests Could Mean for You

Dominic Green: Biden now owns the pandemic: ‘There is no federal solution,’ he says, which is not what he claimed in 2020

Everything is Racist, Especially When It’s Not, But They’ll Make It Racist, Dammit:

Robert Spencer: Yet Another Hate Crime Hoax, This Time in Maryland

“Eyes Wide Shut” Fauci is That Wad of Gum On the Bottom of Our Shoe in a Florida Parking Lot in August:

Twitchy: ‘Sciencing so hard’: Dr. Anthony Fauci explains to us non-experts why ‘the decision was made’ to cut COVID isolation period in half

Chris Queen: Fauci Stands to Rake in the Biggest Federal Retirement in History … Well, he’s already the highest paid federal employee … who seriously believes he’s the boss of us.

Twitchy: THIS IS THE END! MSNBC tries TERRIFYING the masses with Omicron segment but even the angry little COVID gnome Fauci disagrees

The COVID Manipulation is Growing:

Twitchy: People are wondering why Biden wears a mask to play with his dog on the beach ‘but not in a crowded bookstore on Nantucket’

Why is the good doctor not wearing a mask? https://t.co/laItbyXa3m

Not-so-long-ago-TBT (just a month ago)… 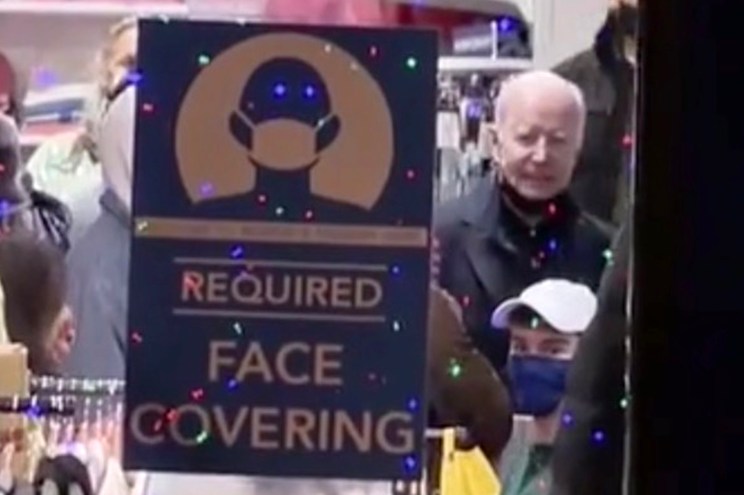 Meanwhile, they admit they’re coming for our kids…

Except the hospitalized are roughly 50 kids, and then Dr. Mary Bassett says the “quiet part” out loud— and admits we are (STILL) being intentionally lied to after two years of COVID…

Reddit: New York State Department of Health Director Dr. Mary Bassett: Deceptively reporting the severity/frequency of Pediatric Covid cases was not to scare people but instead was meant “to motivate parents and pediatricians to vaccinate children”

NY health official admits the released that scary alert about increasing pediatric hospitalizations not because there’s an actual issue, but just to “motivate” parents to vaccinate kids. https://t.co/AN2iMy6wLy

She says the numbers are very small—the reason they reported them? “It’s really to motivate paediatricians and parents to seek the protection of vaccines”

Let’s start with this surprise gem from @nytimes

Omicron Is Not More Severe for Children, Despite Rising Hospitalizations

“In fact, preliminary data suggests that compared with the Delta variant, Omicron appears to be causing milder illness in children, similar to early findings for adults.”

Again-again, when you hear the MSM and others panting about ‘hospitals at-capacity/overrun’ remember that availability of rooms/beds has been cut down because of the restrictions on healthcare workers cutting staff numbers. Yet, another manmade crisis, folks…

Peter Aitken: Some vaccine mandates may leave US vulnerable at home and abroad as omicron numbers surge: Some states have used National Guard to support depleted health care work forces

If “hospital capacity” is the new goalpost – why not test all the fired health care workers for immunity and re-hire?

Let’s not pretend these aren’t the same health care workers that already worked thru the pandemic – without the vax.https://t.co/esvYIVmqIS

The Hill: Growing use of at-home tests could lead to an undercount of omicron cases

Twitchy: Jen Psaki announces $137 million of taxpayer money to make components for rapid tests we can already buy online from Europe if the FDA would let us

The most obnoxious form of post-COVID cope is gonna be the “Well, both sides were kinda wrong” thing the wrong people are gonna do.

No, both sides were not kinda wrong. Some of us were right about every single thing. You were wrong.

JUST IN – Robert Koch Institute report released today states that 95.58% of the #Omicron cases in Germany are fully vaccinated (28% of those had a “booster”), 4.42% are unvaccinated.

A Hell of a lot of “there” there from top to bottom of every inch of this damn pandemic for these last two years. But the cover-up has many MANY blanket-throwers…

Why was Pfizer partnering with the Chinese Communist Party’s platform for vaccine passports & social credit scores the year before the COVID-19 pandemic started? pic.twitter.com/9jjmR7CVTe

This is in New England, a very ‘blue’ region of the nation. Let that sink in…

Hard to choose, there were so many. And ‘missteps’ is waaaay too kind. It was ALL intentional…

Well, ya know, some ‘domestic terrorists’ are more equal than others…

Bradford Betz: Portland Antifa rioter charged with assaulting police has case dismissed after 30 hours community service: Portland, like other major U.S. cities, dealt with a wave of protests and social unrest in the summer of 2020

Too soon? No, not for the reality of a former prime career DC elitist who declared Americans are smelly…

The tech world is eating this generation alive…

WKBN: DEA releases emoji drug decoder: The Drug Enforcement Administration has released an “emoji drug code” guide the agency said can help provide readers “a better sense of how emojis can be used in conjunction with illegal drug activity.”

Posted by Maggie on December 30, 2021 in From the editors It’s really been such a swell year. And Joe and his junta have really built us all back better, no? AmIright? The Most Out of Touch With Reality Administration In History: Twitchy: POTUS: One analyst has described 2021 as ‘the strongest first-year economic track record of any president in the last 50…

Posted by Maggie on December 30, 2021 in From the editors It’s really been such a swell year. And Joe and his junta have really built us all back better, no? AmIright? The Most Out of Touch With Reality Administration In History: Twitchy: POTUS: One analyst has described 2021 as ‘the strongest first-year economic track record of any president in the last 50…

Why Joe Biden should fear the Omicron blues