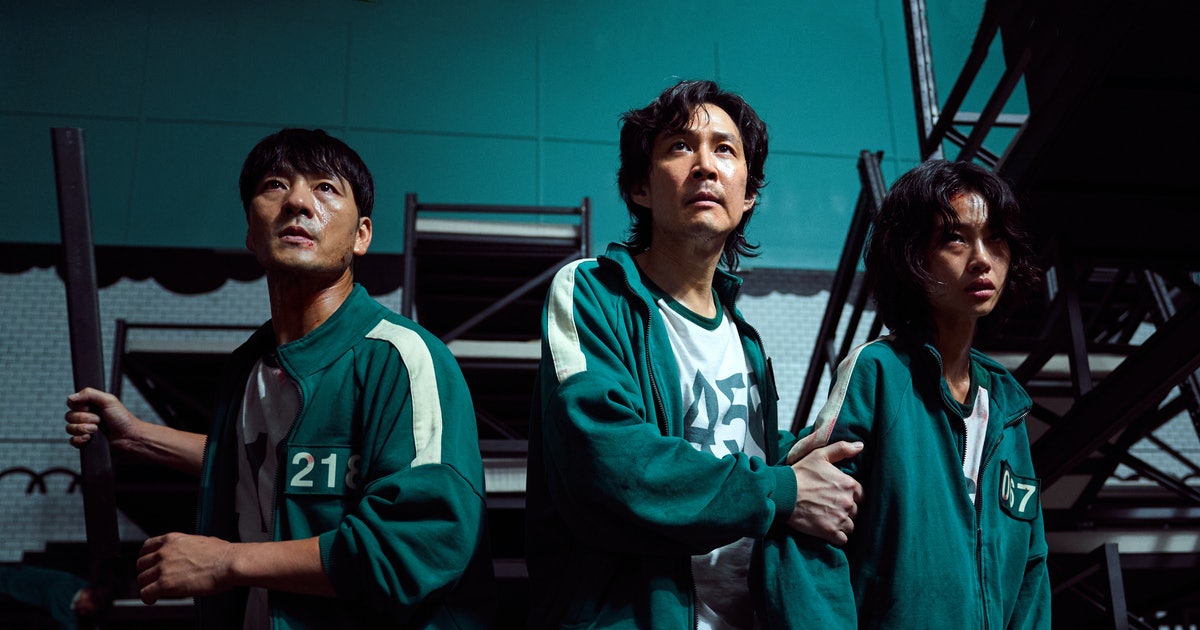 In Episode 6 of Netflix’s Squid Game, Ji-yeong (Lee Yoo-mi) and Kang Sae-byeok (Jung Ho-yeon) bet their lives on which of them can throw a marble closest to a brick wall.

Kang Sae-byeok throws her marble a respectable difference. She waits for Ji-yeong to do the same. But Ji-yeong drops her marble on the ground, effectively withdrawing from the challenge, knowing it will cost her own life. When Kang Sae-byeok confronts her about it, Ji-yeong tells her, “I have nothing. You’ve got a reason to get out of this place, but I don’t.”

She’s right, and Kang Sae-byeok knows it. It’s in this instance when she realizes that not only is this girl she spent 30 minutes bonding with about to die, but that it’s to her benefit if she hopes to reunite with her family. It’s a devastating thing to realize, and even more devastating to witness as Kang Sae-byeok’s walls are systematically torn down, her emotions are, finally, laid bare.

SCENE STEALERS is a countdown that salutes the unforgettable small-screen characters of the year. Kang Sae-byeok is #2.

A good-hearted but justifiably cynical North Korean refugee, Kang Sae-byeok is a role difficult for anyone to play. But that only makes actress Hoyeon Jung’s layered performance even more impressive as Jung’s first-ever role in a new career. . A former model, Jung made her professional acting debut in 2021 as the fan-favorite character in the juggernaut Netflix hit of the autumn season. With Jung in Kang Sae-byeok’s uniform green threads, there’s little to indicate the work of a rookie. In fact, Jung delivers one of the most moving and dynamic TV roles of the year.

Who is Kang Sae-byeok?

Though new to the craft, Jung explored every side of Kang Sae-byeok and her psyche with the same level of dedication a veteran thespian would. Speaking with Vulture in October, Jung prepared to play her Squid Game character by asking herself a simple question, “Why?” to every line of dialogue. “I started writing a diary of the character,” Jung explained, “all of the days she had to go through, the day she arrived in South Korea, the day she lost family members to the fire. As I wrote her daily diaries, I was able to build Sae-byeok’s outlook within myself, as well as her facial expressions.”

The work paid off. Every instance Kang Sae-byeok speaks in Squid Game, and every decision she makes, feels purposeful and real. That includes her breakdown before Ji-yeong, with Jung’s facial expressions beautifully communicating Kang Sae-byeok’s sadness over her new friend’s imminent death and bleak acceptance of it.

It only works because of Jung’s talents she forged in her previous career. According to Jung, her modeling career made her uniquely well-suited for Kang Sae-byeok’s raw vulnerability. In the same interview with Vulture, Jung revealed commonalities in both modeling and acting. “These are occupations that have to be judged by everyone,” she said.” There’s always an audience, there’s always the magazine reader that’s going to judge you. Every time I’m in front of the camera, I feel like all my traumas are exposed.”

“Every decision she makes feels purposeful and real”

Jung’s performance as Kang Sae-byeok is so well-realized that it’s hard not to want to see more of her. Although, spoilers, Kang Sae-byeok meets a grisly end in the penultimate episode ofthe first season, Kang Sae-byeok has a rich past that could be explored in a theoretical prequel or spin-off. Her escape from North Korea and early days working the streets of South Korea feels worthy of being depicted on-screen.

What makes Kang Sae-byeok so compelling in Squid Game is how her needs differ from the rest of the ensemble. As one of the few characters who isn’t competing in deadly games for financial gain, she’s someone viewers can easily root for. Her status as a North Korean refugee only enables us to put that much more in her corner. Her unfamiliarity with the competition’s games — many of them staples on Korean playgrounds but less so around the world — symbolizes disadvantages immigrants face in assimilating to a new country. Her death is a condemnation of the unjust treatment and exploitation of immigrants and refugees. Her dedication to her family brings weighted resonance beyond the show’s blood-soaked frames.

As Jung herself said, “People are stronger when they live for others and with others, rather than chasing after their individual interest.” That’s a lesson worth learning no matter the borders.

In Episode 6 of Netflix’s Squid Game, Ji-yeong (Lee Yoo-mi) and Kang Sae-byeok (Jung Ho-yeon) bet their lives on which of them can throw a marble closest to a brick wall. Kang Sae-byeok throws her marble a respectable difference. She waits for Ji-yeong to do the same. But Ji-yeong drops her marble on the ground,…

In Episode 6 of Netflix’s Squid Game, Ji-yeong (Lee Yoo-mi) and Kang Sae-byeok (Jung Ho-yeon) bet their lives on which of them can throw a marble closest to a brick wall. Kang Sae-byeok throws her marble a respectable difference. She waits for Ji-yeong to do the same. But Ji-yeong drops her marble on the ground,…