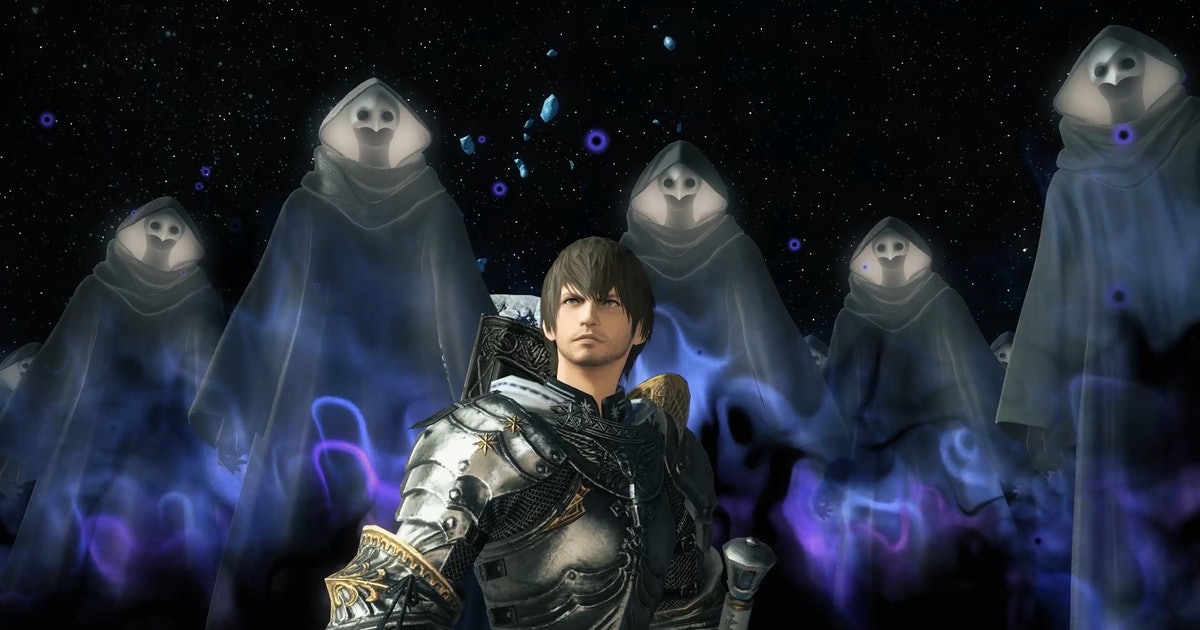 The Final Fantasy series is no stranger to memorable villains. It’s created some of the most iconic antagonists in video game history. And what makes many of them so great is that they’re tragic, yet relatable figures players can easily identify with.

Final Fantasy XIV: Endwalker submits a new member into the franchise’s legendary pantheon of villains, and somehow, he manages to be the most devastating figure the series has seen yet.

Endwalker technically has two main villains, with Stormblood’s Zenos yae Galvus returning. But it’s the secondary antagonist, Fandaniel, where the tragedy really starts. Eventually, you’ll uncover his vitally important role in the lore of the game and the coming of the Final Days. And it’s devastating.

Shadowbringers provided a lot more context to the Ascians and their motivations, and the post-expansion patches introduced a brand-new villain. Where the likes of Emet-Selch and Elidibus had intention behind their actions, the rogue Ascian Fandaniel seemed to want nothing more than to see the world burn. Endwalker reveals Fandaniel ended up that way because of how his past twisted and warped him.

There’s a whole lot of complex lore behind Final Fantasy XIV, and we’re not going to give a primer on everything, but there’s a base knowledge to cover in order to discuss Fandaniel. Here’s what you need to know:

Essentially, the divided world of FFXIV was once a single unified world known as Etheirys. The Final Days sundered the world into the Source, the main world of the game: and thirteen different reflections. Before the sundering, Fandaniel was a human named Hermes, who served as a chief researcher for the ancients.

“It’s this kindness that makes him so easy to crush.”

Later on in Endwalker, you travel to the past to a place called Elpis, which is where the ancients used their creation magic to test if the beings they create were fit to inhabit the world. There’s a fascinating coldness to the way the ancients made living creatures, then simply disposed of them if they didn’t meet standards. All of the ancient beings you meet are warm and welcoming, but there’s an intentional disconnect written into the way they think about other beings.

Hermes is different. He wants to provide every chance for created beings to flourish. As the chief researcher of Elpis, he is responsible for overseeing all of the disposals, and this started eating away at his psyche. To combat his doubts, he creates a being named Meteion, and various identical sisters. He then tasks them with exploring other planets to discover what other beings live for.

Loneliness is a recurring theme for villains in Final Fantasy. Sephiroth is a lab-made hero with no family, Jecht is whisked away to an unfamiliar world never to return, and Ardyn is betrayed by his own brother and imprisoned. The loneliness Hermes suffers is staggering by comparison, as he believes he’s the only one in the world that can feel sadness.

“I can’t get Fandaniel’s story out of my brain.”

Hermes’ spirit and mind are continuously broken with each creation he has to put down, and the final nail in the coffin comes after he hears the report from Meteion’s sisters. Every planet they traveled to was either plagued by conflict, or its inhabitants were long dead. They found nothing but sadness, destruction, and hopelessness. Long story short, because of these events that Meteion decides she’s going to take all the sadness from the universe, which leads to the Final Days and extinction of the ancients.

Hermes is an inherently kind person, perhaps kinder than any other person on Etheirys. But it’s this kindness that makes him so easy to crush. He simply wanted to do right by all creatures of the planet, but inadvertently brought about extinction. It’s a relentlessly depressing twist on a character who initially seems like a fairly run-of-the-mill evildoer.

Fandaniel and Hermes’ arc is the perfect illustration of how Final Fantasy XIV subverts players’ expectations in heartbreaking ways. I was initially surprised to defeat Fandaniel early on in Endwalker, but the latter half of the expansion does a fantastic job of providing new layers to his character. After Shadowbringers, I doubted that the team behind Final Fantasy XIV could dream up a better villain than Emet-Selch, but the game’s writer, Natsuko Ishikawa, completely proved me wrong.

There’s already a lot of emotion tied up in Endwalker, but even weeks after release I can’t get Fandaniel’s story out of my brain. It even raises some important real-life questions about how mankind treats the other creatures that live on Earth.

Final Fantasy XIV was already a contender for the title of best entry in the series. Endwalker and Fandaniel make it all but incontrovertible.

The Final Fantasy series is no stranger to memorable villains. It’s created some of the most iconic antagonists in video game history. And what makes many of them so great is that they’re tragic, yet relatable figures players can easily identify with. Final Fantasy XIV: Endwalker submits a new member into the franchise’s legendary pantheon…

The Final Fantasy series is no stranger to memorable villains. It’s created some of the most iconic antagonists in video game history. And what makes many of them so great is that they’re tragic, yet relatable figures players can easily identify with. Final Fantasy XIV: Endwalker submits a new member into the franchise’s legendary pantheon…

You probably missed the most unforgettable video game moment of 2021