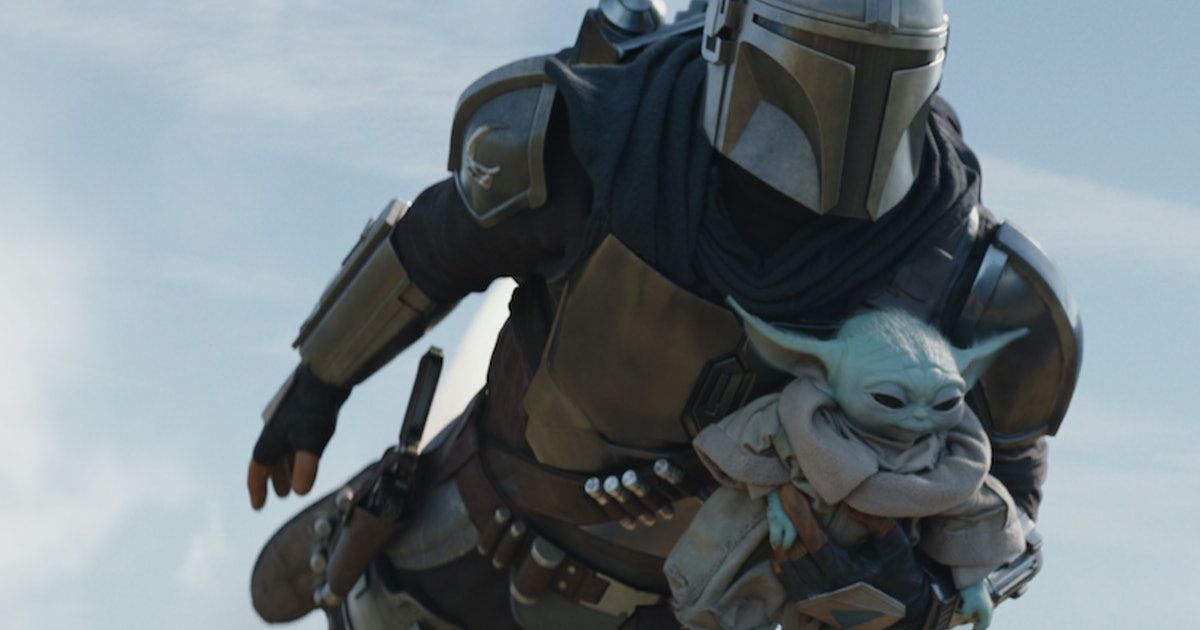 Is The Mandalorian over or will we get a Season 3? The Star Wars show’s Season 2 post-credits revealed how Lucasfilm planned to take the series in a bold new direction, and now that direction has arrived with the premiere of The Book of Boba Fett. But what’s the status of The Mandalorian Season 3? And what does Boba Fett reveal about it?

With another season already confirmed, here’s everything we know about The Mandalorian Season 3, including its release date and how that explosive Season 2 finale could set up The Mandalorian’s next chapter.

What happened in The Mandalorian Season 2 finale?

A lot. After kidnapping Dr. Pershing and learning about Moff Gideon’s defenses, Mando and his crew approach Bo-Katan Kryze and her Nite Owls (mysteriously minus one) for their help in rescuing Grogu from Moff Gideon. Bo-Katan only agrees to the mission if Mando joins her in the fight to take back Mandalore and lets her steal Gideon’s starship and Darksaber. Mando doesn’t care so long as Grogu is safe.

Din Djarin and his team launch an assault on Gideon’s ship, defeating the Imperial soldiers along the way. Meanwhile, Mando heads straight for Grogu, who is being threatened with the Darksaber by Gideon. Mando kicks Gideon’s ass and frees Grogu, but the adorable green baby is picked up by none other than Luke Skywalker, who answered the Child’s call from Tython. Grogu jets off with Luke, but not before Mando and his kid have a heartbreaking (and helmet-free) goodbye.

What will happen next? Let’s dive in…

What is The Mandalorian Season 3 release date?

Were they two separate shows? Or one and the same?

But there’s one more thing in the way: The upcoming Obi-Wan Kenobi series. Collider alleges that the much-hyped series starring Ewan McGregor used LucasFilm’s L.A. stages after Book of Boba Fett. It seems that filming of The Mandalorian finally happened in October 2021, according to a tweet from Carl Weathers. Additionally, a leaked release date for an upcoming officially-sanctioned graphic novel said Season 3 would premiere “spring 2022.”

Is there a The Mandalorian Season 3 trailer?

Not unless you count that post-credits scene. Disney and Lucasfilm have kept plot details and footage under wraps, so fans shouldn’t expect a trailer until closer to the Season 3 premiere date. The Mandalorian Season 2 trailer was released on September 15, a month and a half ahead of its release.

What is the plot of The Mandalorian Season 3?

It’s a bit hard to say at this point considering that the Season 2 finale tied up a lot of loose ends to the story. It’s possible that Mando will return to his job as a bounty hunter, reuniting with Greef Karga now that he’s free of his responsibility for Baby Yoda.

Din Djarin might also join Bo-Katan Kryze in her mission to reclaim Mandalore. That would be exciting since his Mandalorian backstory has only ever been hinted at on the show. A return to the planet could bring him face-to-face with other members of the Children of the Watch while explaining how he was raised.

There might also be conflict now that Mando’s agreed to join Bo-Katan, who obviously dislikes the group she referred to as religious zealots. There’s also the fact that Bo-Katan will probably have to battle Mando for control of the Darksaber, so there’s plenty more story left to tell despite the fact that Grogu will no longer be around.

Though little is known about the plot of The Mandalorian, it seems one key component of the first two seasons will be missing. As reported by Inverse, the “Volume,” a 360 degree greenscreen that is adjusted in real-time to create the sprawling landscapes of the series, is no longer on set. Could it mean the series is focusing less on technology and more on the handmade sets that made the original trilogy so popular?

Who is in The Mandalorian Season 3 cast?

Miraculously, none of the main characters wound up dead. That’s a relief and it means that most everyone will probably be back in The Mandalorian Season 3. You can bet that Pedro Pascal returns as Din Djarin, only this time Grogu won’t be glued to his side at all times (that’s a sad thought).

Fans should also expect to see Katee Sackhoff return as Bo-Katan and, if her schedule permits, Sasha Banks could also make another appearance as Koska Reeves. Temuera Morrison is apparently getting his own series, but Boba Fett may still pop in to aid Mando alongside Ming-Na Wen’s Fennec Shand. Cara Dune’s appearance is also possible despite Gina Carano’s bigoted comments on Twitter, and she may also appear on the upcoming spinoff Rangers of the New Republic.

Finally, we have to assume Luke Skywalker will turn up again after his big debut in the Season 2 finale. But whether Disney sticks with its questionable CGI, upgrades to whatever tech Marvel has been using, or just recasts the role entirely (is Sebastian Stan available?) remains to be seen.

The Mandalorian Season 2 is currently streaming on Disney+.

Don’t have Disney+? Click here to learn more about a subscription.

We may receive a portion of sales from products purchased from this article, which was written by our Editorial team.

Is The Mandalorian over or will we get a Season 3? The Star Wars show’s Season 2 post-credits revealed how Lucasfilm planned to take the series in a bold new direction, and now that direction has arrived with the premiere of The Book of Boba Fett. But what’s the status of The Mandalorian Season 3?…

Is The Mandalorian over or will we get a Season 3? The Star Wars show’s Season 2 post-credits revealed how Lucasfilm planned to take the series in a bold new direction, and now that direction has arrived with the premiere of The Book of Boba Fett. But what’s the status of The Mandalorian Season 3?…