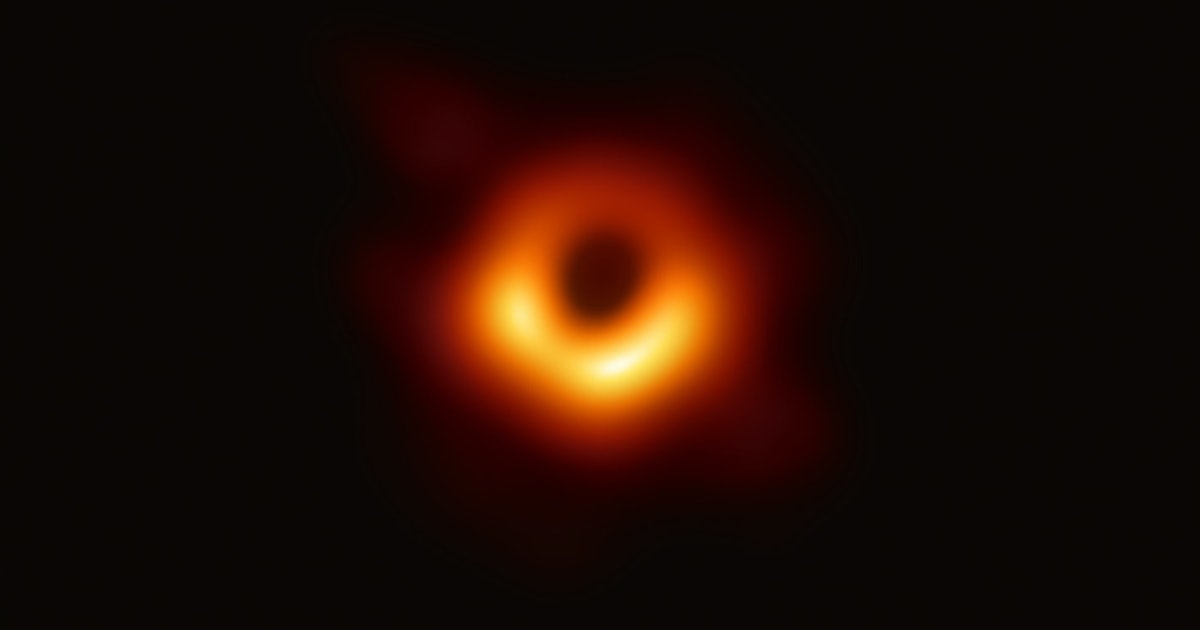 We now have a fresh set of telescopic eyes out on the cosmos on its way.

NASA’s James Webb Space Telescope (JWST) successfully launched on Saturday, and it will soon be ready to reveal parts of the universe that have never been seen before including a very large, but very broody, cosmic object at the center of the galaxy.

JWST will be joining in the ongoing, worldwide efforts to observe Sagittarius A*, the supermassive black hole at the center of the Milky Way. This elusive beast has been inferred from its gravitational effects, but imaging the black hole itself has proven elusive.

In April 2019, a group of more than 200 astronomers from all over the world unveiled the very first image of a black hole. Using the Event Horizon Telescope (EHT), an array of radio telescopes imaged the black hole at the center of the galaxy Messier 87 (M87). The EHT team compiled the image from eight telescopes on five continents working over an observing period of seven days.

M87 is located about 55 million light-years from Earth and weighs in at about 6.5 billion times the mass of the Sun, much larger than Sagittarius A*.

But EHT has now turned its attention towards much more familiar grounds.

What is Sagittarius A*?

Black holes are compact, dense concentrations of matter in space, a region with such a strong gravitational pull that not even light can escape.

Scientists believe that a black hole lurks at the center of every galaxy.

“Black holes are just cool,” Sera Markoff, an astronomer on the Webb Sgr A* research team and currently vice chairperson of EHT’s Science Council, said in a statement. “The reason that scientists and space agencies across the world put so much effort into studying black holes is because they are the most extreme environments in the known universe, where we can put our fundamental theories, like general relativity, to a practical test.”

In 1974, the Milky Way’s black hole was officially dubbed Sagittarius A*. Sagittarius A* is located about 27,000 light-years from us and is 4 million times the mass of the Sun.

Although scientists have never directly observed Sagittarius A*, they know that it’s there from its influence on its surrounding environment. For instance, the star S0-2 is on a long, 16-year elliptical orbit around the black hole.

Can you see a black hole?

The first image of a black hole revealed the silhouette of the black hole surrounded by a glowing halo of fiery gas.

Nicknamed a “ring of fire,” the hot gas formed a circular shape around the black hole’s event horizon. In the process, it confirmed predictions of what a supermassive black hole looks like.

The view of Sagittarius A* is also distorted by plasma, or cloudy ionized gas, that stands in the way between ground-based telescopes and the black hole as they look through the planet of the Milky Way galaxy.

Sagittarius A* also has flickering flares in the material surrounding it which alter the pattern of light on an hourly basis.

“Our galaxy’s supermassive black hole is the only one known to have this kind of flaring, and while that has made capturing an image of the region very difficult, it also makes Sagittarius A* even more scientifically interesting,” Farhad Yusef-Zadeh, a professor at Northwestern University and principal investigator on the Webb program to observe Sgr A*, said in a statement.

The telescope is also positioned in a way that would give it an uninterrupted view of Sagittarius A* throughout its cycles of flaring and calm. That’s because Webb will be positioned on a perch around 1 million miles away from Earth at a gravitationally stable point called Lagrangian point 2 (L2).

The L2 orbit ensures that it can stay facing away from the Sun at all points, protecting itself against the light and heat of the star.

JWST’s orbit also keeps the telescope out of the shadows of both the Earth and Moon, allowing it to have an unobstructed view of the universe for the entire duration of its orbit. Meanwhile, the Hubble Space Telescope goes in and out of Earth’s shadow every 90 minutes.

Using multi-wavelength observations of Sagittarius A* by EHT, Webb and other telescopes will help scientists better understand the mechanisms that govern these cosmic beasts.

One thing scientists still do not understand about Sagittarius A* is what sparks its flares, how they peak and later dissipate. This not only helps scientists study black holes, but it will also give them better insight on the Sun and its flares.

“It’s a process,” Markoff said. “We will likely have more questions than answers at first.”

We now have a fresh set of telescopic eyes out on the cosmos on its way. NASA’s James Webb Space Telescope (JWST) successfully launched on Saturday, and it will soon be ready to reveal parts of the universe that have never been seen before including a very large, but very broody, cosmic object at the…

We now have a fresh set of telescopic eyes out on the cosmos on its way. NASA’s James Webb Space Telescope (JWST) successfully launched on Saturday, and it will soon be ready to reveal parts of the universe that have never been seen before including a very large, but very broody, cosmic object at the…

How did the dinosaurs die? The answer is not what you think