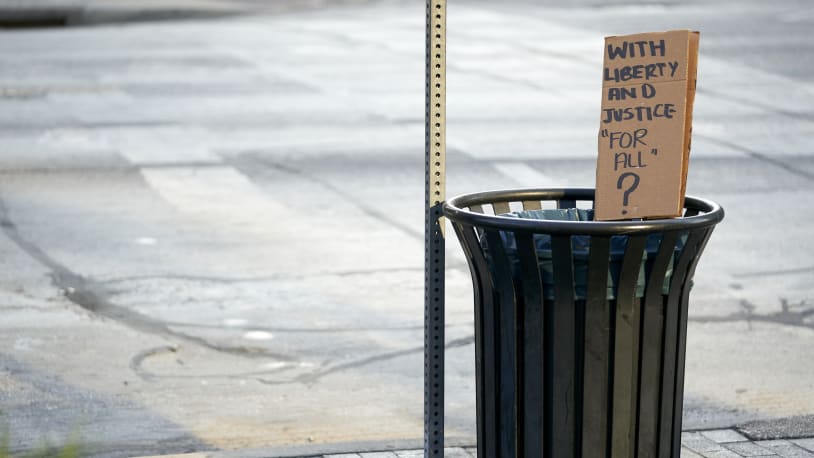 The still-urgent problem of police violence in America

New evidence recently emerged about a Los Angeles police officer fatally shooting two people on December 23: one a seemingly deranged man who was assaulting random people in a Burlington store with a bike lock, and the other a 14-year-old bystander. Body cam footage shows the officer rushed into the scene despite being told over a dozen times by other police to “slow down,” then shot the man with a rifle without giving any verbal warnings or attempting to disarm him. In the process, the officer killed a young girl with a ricochet.

This is a tragedy. It’s also a reminder that despite the national backlash against meaningful police reform both among conservatives and centrist Democrats, there is still an epidemic of police violence in this country, and it will keep happening unless someone does something about it.

The Los Angeles story is just the most prominent recent story of police violence. Overall, The Washington Post counts some 900 Americans fatally shot by police so far this year. Reading through the database provides a grim cross-section of human dysfunction — people killed after a police chase following a stop for allegedly driving on a suspended license, or because they allegedly advanced on officers with a knife after a domestic dispute, or because they allegedly went on a bizarre rampage with a backhoe, and on and on.

Occasionally — as in this well-documented and plausible account of police shooting a man who refused to stop holding a knife to the throat of his ex-wife — police actions seem proportionate and reasonable. In other cases, they are totally unjustifiable, as with the Minnesota officer recently convicted of manslaughter for killing an unarmed 20-year-old Black man back in April — or straight-up murder, as in the killing of George Floyd.

The rest appear to be somewhere in the middle. Even if we make allowances for the chronic police habit of lying to reporters after they commit some atrocity, I think it’s fair to conclude the bulk of police killings happen when officers are faced with some moderately dangerous situation — someone armed with a weapon other than a gun, or a gun simply being nearby, or a fight going on, or someone suffering a mental breakdown — and use extreme violence as a response, often a first response.

In the Los Angeles case, for instance, there was every reason to attempt non-violent de-escalation rather than immediately opening fire — especially with a rifle, given its far greater bullet velocity than a pistol — because of the risk of hitting a bystander in a crowded store. But that is plainly not what American cops are trained to do, not with any kind of rigor, and it’s not what the paranoid, violent culture of many police departments encourages.

Yes, American violent crime rates are higher than those of comparable countries. But as I’ve previously argued, they’re higher in part because of our extreme economic inequality and skinflint welfare state (along with ludicrous quantities of guns and incompetent policing). Where the Nordic countries, for instance, provide a baseline of material comfort to virtually every citizen and a panoply of wraparound services to deal with social problems, and hence have vastly lower rates of incarceration and murder, in America those problems are largely left to fester. The police and the courts end up dealing with all that disorder — desperation, conflict, rage, and madness caused by homelessness, poverty, untreated mental illness, and so on — in the only way they know how: brute force.

All this shows the folly of moderate liberals’ ongoing attempts to stuff the Black Lives Matter genie back into the bottle. This can’t be fixed with minor tweaks, as tens of millions of Americans increasingly realize. The George Floyd demonstrations were the largest mass protest in American history and signaled a potentially powerful vein of political energy that might have been mined. Instead, unruly protesters with their insufficiently focused-grouped slogans like “defund the police” were held responsible for the party of Joe Biden, Nancy Pelosi, and Chuck Schumer — none of whom have ever espoused such slogans — not doing quite as well in the 2020 election as was hoped.

Consider the story of this Los Angeles girl. If that was your 14-year-old daughter, her life snuffed out by some doofus cop with an itchy trigger finger, do you think you’d modulate your anguish to help the political prospects of a party that barely even pretends to care about preventing such tragedies in the future? Or would you demand justice, (contestable) polling results be hanged?

Conversely, consider the very real successes the reform movement has had on the local level. In my hometown of Philadelphia, for instance, reformist District Attorney Larry Krasner has ended death penalty prosecutions, cut the local jail population by about 30 percent, reduced future sentences by about 20,000 years relative to his predecessor, and even prosecuted a cop for beating an unarmed protester senseless. That infuriated the local police union, which backed a challenger in the recent primary — but Krasner still won easily.

So long as the United States continues to suffer from all its manifold defects, every so often the police will kill a sympathetic unarmed victim, and there will be fury and organizing in response. Maybe self-proclaimed liberals could stop whining about slogans and elections and do something to stop this violence instead.

New evidence recently emerged about a Los Angeles police officer fatally shooting two people on December 23: one a seemingly deranged man who was assaulting random people in a Burlington store with a bike lock, and the other a 14-year-old bystander. Body cam footage shows the officer rushed into the scene despite being told over…

New evidence recently emerged about a Los Angeles police officer fatally shooting two people on December 23: one a seemingly deranged man who was assaulting random people in a Burlington store with a bike lock, and the other a 14-year-old bystander. Body cam footage shows the officer rushed into the scene despite being told over…

‘Let’s go, Brandon’ and the politics of degradation