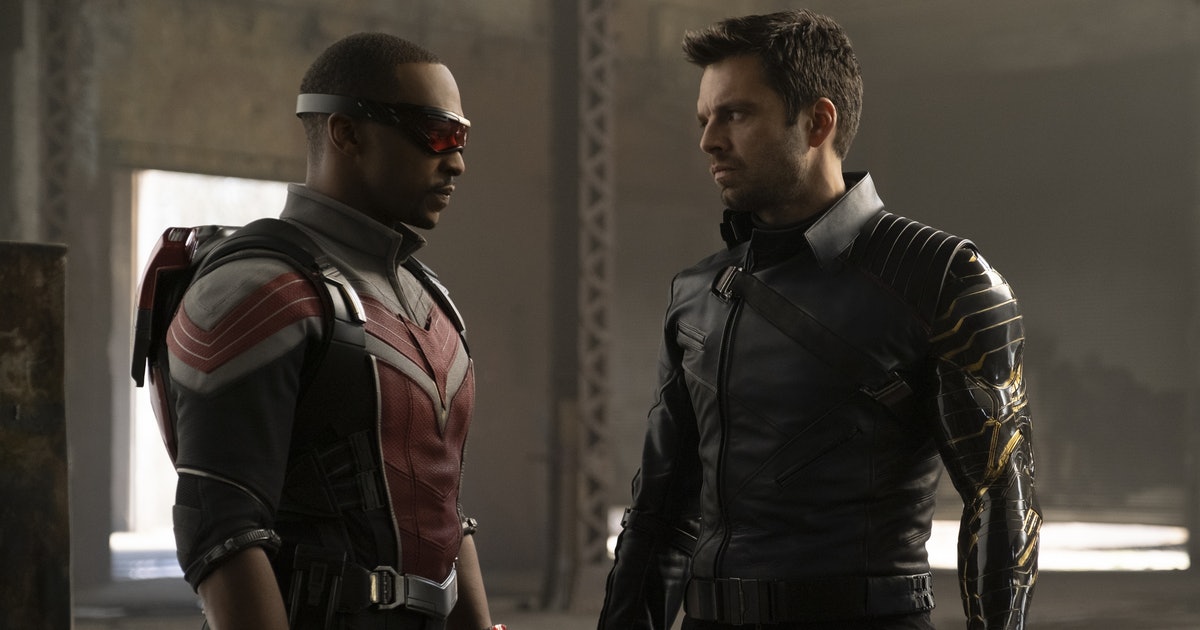 Isaiah Bradley stands upright with the width and posture of a faded bodybuilder. You can fathom his younger self ripping a tire in half, but now, he only has the strength to see the next day.

When the Avenger known as Falcon, played by Anthony Mackie, brings the shield of Captain America, Isaiah is unmoved. “Leave it covered,” he requests curtly. “Them stars and stripes don’t mean nothing good to me.” Soon Isaiah unearths the dirt swept under by forces more insidious than any supervillain. Like the love letters on his shelf, so too did America keep men like Isaiah Bradley out of sight.

SCENE STEALERS is a countdown that salutes the unforgettable small-screen characters of the year. Isaiah Bradley is #4.

Brought to life by under-decorated actor Carl Lumbly, Isaiah Bradley shoulders the burden of injustice as a discarded Super Soldier in the Marvel Cinematic Universe; it seems that only because of the serum does Isaiah have the strength to carry any of it. Though narratively adrift, the Disney+ series The Falcon and the Winter Soldier is ambitious in its story about legacy, inheritance, and the baggage that gives it weight. The Marvel series premiered two months shy of the one year mark of George Floyd’s murder by police, and an awareness of systemic racism set the temperature for Sam Wilson’s ascension as Captain America (though not before a mediocre white man makes a mess of things).

Who is Isaiah Bradley?

Aptly titled “Truth,” the episode recalls the abhorrent Tuskegee Experiment, a historical fact in American medicine. Conducted by two federal agencies, the experiment aimed to study untreated syphilis. It did so on Black men from rural Alabama who were deceived about its true purpose. Over a hundred Black Americans died from the unethical study; lingering damage on living descendants remains inestimable.

With gruff breaths and an Alabama drawl, Isaiah speaks like he’s breaking silence. “They tell us it’s ‘tetanus,’” he says, the venom of resentment on his lips. When he recalls how the government tried to blow up subjects to hide “evidence,” Isaiah refutes the word. “Those are my men. Not evidence.”

Double standards come to light when Isaiah details a rescue not unlike one carried out by Chris Evans’ blond Steve Rogers in Captain America: The First Avenger. For his actions, Steve enjoyed a hero’s honor. Isaiah got 30 years of prison. “They will never let a Black man be Captain America,” Isaiah warns Sam. “And even if they did, no self-respecting Black man would ever wanna be.”

“Shoulders the burden of injustice in the Marvel Cinematic Universe”

Few can deliver pathos and pain like Carl Lumbly. A veteran TV actor, Lumbly is no stranger to superhero worlds. His roles in DC media, namely J’onn J’onnz/Martian Manhunter in the acclaimed Justice League series, allowed Lumbly to touch the humanity in heroes. In a memorable Christmas episode, Lumbly’s J’onn sings a beautiful Martian melody as a gift to Superman’s family for their hospitality. In 2017, Lumbly took his talents to live action as M’yrnn, father to J’onn (David Harewood) in Supergirl. More out of touch with Earth in that role, Lumbly’s planetary stranger endearingly asks about coffee and chess to a distant son.

The MCU grounds Lumbly back to Earth. Speaking to Vanity Fair, Lumbly unpacked Isaiah’s words to Sam about self-respecting Black men. “For me, Isaiah is talking to himself,” Lumbly said. “It’s almost self-deprecation.” Isaiah envies Sam, as someone capable to enact meaningful change. “He looks at the Falcon and sees both the potential and realization of excellence … and the possibility for all the disappointment that would come if you reach too far and fall short.”

Isaiah’s story has power. It’s just the MCU’s toothlessness that keeps it from being powerful. Falcon/Winter Soldier proves the franchise can and will pull punches, as Sam’s unfocused grandstanding as the new Captain America demonstrates. For that reason, a focused prequel, maybe a direct adaptation of Truth: Red, White, & Black, can give the MCU the mettle to actually be interesting rather than coast on credit for its intentions.

The show’s closing image with Isaiah, his likeness now in bronze, is similarly confounding. It’s only moving because of Lumbly. What is important to Isaiah? Reparations? Recognition? It’s only another question, from Jeff Chang’s 2016 book We Gon’ Be Alright, that offers any insight: “People of color are allowed, even required to perform, and, especially these days on issues of race, to edify as well. But are we allowed to lead?”

Isaiah wants to believe the answer is yes. He’s only too spent to find out.

The Falcon and the Winter Soldier is streaming now on Disney+.

Isaiah Bradley stands upright with the width and posture of a faded bodybuilder. You can fathom his younger self ripping a tire in half, but now, he only has the strength to see the next day. When the Avenger known as Falcon, played by Anthony Mackie, brings the shield of Captain America, Isaiah is unmoved.…

Isaiah Bradley stands upright with the width and posture of a faded bodybuilder. You can fathom his younger self ripping a tire in half, but now, he only has the strength to see the next day. When the Avenger known as Falcon, played by Anthony Mackie, brings the shield of Captain America, Isaiah is unmoved.…

David Pasquesi reveals a huge change from ‘The Mandalorian’