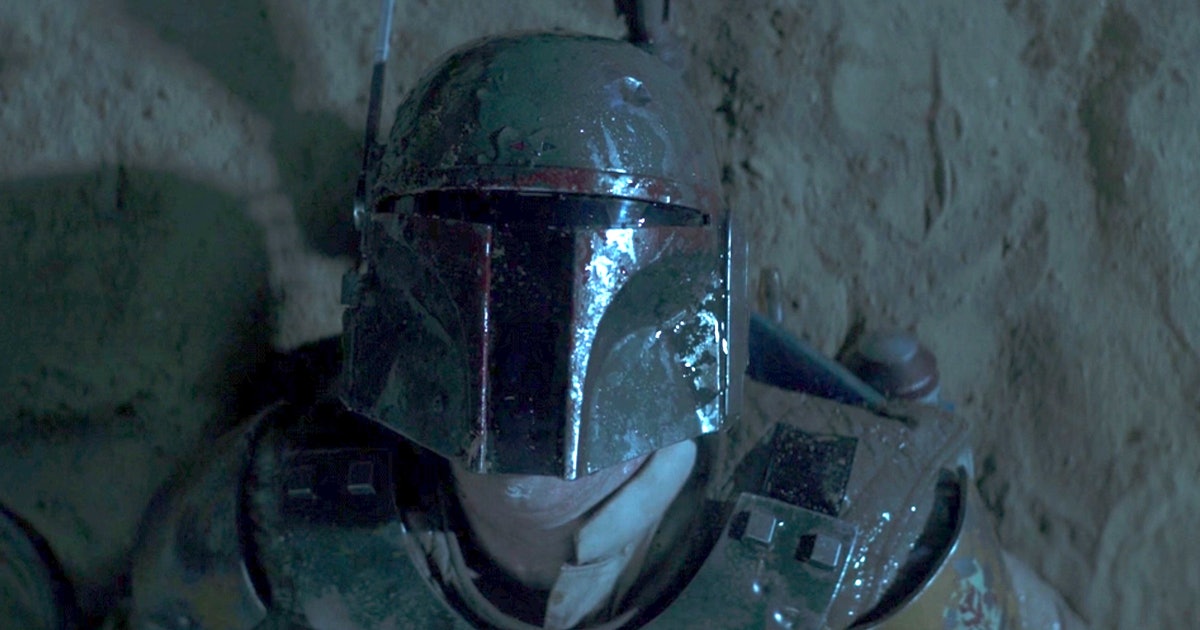 The Sarlacc pit couldn’t hold Boba Fett. After years of speculation, Star Wars fans finally have visual evidence of exactly how Boba Fett (Temuera Morrison) escaped his apparent death in Return of the Jedi. But, in revealing a lengthy flashback The Book of Boba Fett has created a huge twist, which you may not have actually noticed at first. Here’s why Fett’s escape from the Sarlaac is a much bigger game-changer than it might seem. Spoilers ahead for The Book of Boba Fett, Chapter 1, “Stranger In a Strange Land.”

How did Boba Fett escape the Sarlacc Pit?

In various non-canon pieces of Star Wars media the notion that Boba Fett was just too tough to be digested by the infamous Sarlacc was a given. In the non-canon 1991 comic book series Dark Empire, six years after Return of the Jedi, Boba Fett was back, better than ever, telling Han Solo, “the Sarlaac found me indigestible.”

Now, in The Book of Boba Fett, we’re getting the real canonical answer. And the most unexpected detail was that Fett’s escape from the Sarlacc and his subsequent travails seems to have cost him a lot more than we thought. So, the short answer to how Fett escaped the Sarlacc is that he snagged some extra oxygen from a half-digested Stormtrooper, and then used his flamethrower to bust out. But, what happens right after that is a much bigger deal. And, crucially, Boba Fett simply did not immediately return to form. There’s a long journey here.

Ominously, The Book of Boba Fett begins with Fett himself recuperating in a Bacta Tank inside what was formerly Jabba’s Palace. At first, this detail is innocuous. Fett is resting, which allows series director Robert Rodriguez to introduce the notion of flashbacks easily. We see Boba as a child in Attack of the Clones, mourning his father’s death. We briefly see the rainswept planet Kamino, where Fett was “born,” a perfect clone of his father, Jango. And then, we get the big flashback. Boba Fett escapes the Sarlacc, hilariously gets his armor stolen by Jawas, and then is captured by a Tusken Raider clan. Because of the events of The Mandalorian Season 2, we know Fett isn’t reunited with his armor for several years.

But, we now have some glimpse into how he lived out in the desert all those years. In The Mandalorian Season 2, Fett was rocking a Tusken Gaderffii stick, and it looks like we have a good sense of how he got it. By the end of this episode’s flashback, Fett has earned the respect of the Tusken Raiders, having saved one of the Tusken children from a four-armed sand monster. Unlike Anakin Skywalker, Boba Fett didn’t kill a Tusken child when he was freed, he saved the kid, and. seemingly, started to get his mojo back.

Why does Boba Fett still need the Bacta Tank?

Back in the “present,” after Fennec Shand (Ming-Na Wen) and Fett are ambushed in Mos Espa, Fett orders his Gamorrean guards to take him back to the Bacta Tank. Previously, Star Wars canon has established Bacta Tanks can heal short-term injuries — like Luke Skywalker following the Wampa attack in Empire Strikes Back — or, can be used as therapy for long-term injuries. In Rogue One, Darth Vader was still using a Bacta Tank, over a decade after losing several of his limbs and being severely wounded by Obi-Wan Kenobi. The point is, Vader was using a Bacta Tank as a last resort against chronic pain despite the fact he had a super-advanced pressure suit that kept him alive.

Boba Fett is not Darth Vader. However, “Stranger In a Strange Land,” seems to make it clear that he’s also not in the best of health. The skirmish with the attackers (likely goons who work for “the Mayor”) didn’t seem quite severe enough to knock Boba Fett out. And, again, the episode opens with Fett in the Bacta Tank. It seemed innocuous at first, a plot device to allow the flashbacks to happen, but is it actually something more?

So, the big question that The Book of Boba Fett seems to be posing is simple: Why does Fett still need the Bacta? Were his injuries in the Sarlaac worse than we thought? Or, is there more in the flashbacks we’ve yet to understand? Either way, by giving us a window to Fett’s dreams of his past, the series also gives our titular badass bounty hunter a surprising weakness. If Fett needs to rush back to the Bacta Tank after the first big fight of the show, then it seems like going forward, he’s going to need some serious back-up.

The Sarlacc pit couldn’t hold Boba Fett. After years of speculation, Star Wars fans finally have visual evidence of exactly how Boba Fett (Temuera Morrison) escaped his apparent death in Return of the Jedi. But, in revealing a lengthy flashback The Book of Boba Fett has created a huge twist, which you may not have…

The Sarlacc pit couldn’t hold Boba Fett. After years of speculation, Star Wars fans finally have visual evidence of exactly how Boba Fett (Temuera Morrison) escaped his apparent death in Return of the Jedi. But, in revealing a lengthy flashback The Book of Boba Fett has created a huge twist, which you may not have…