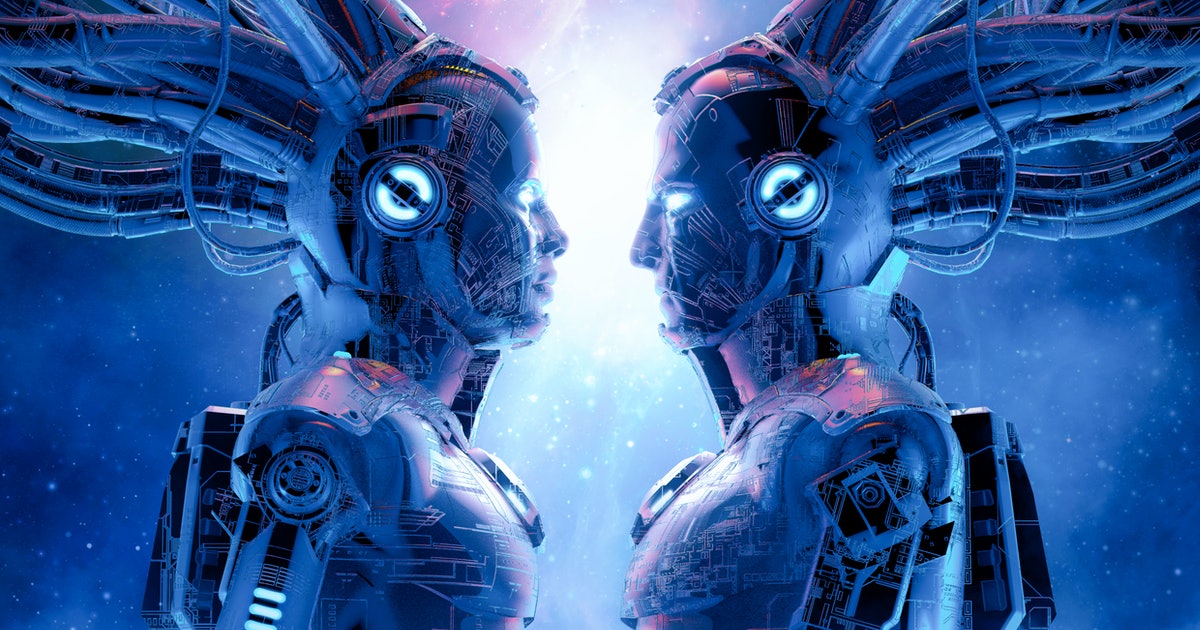 With Lana Wachowski’s The Matrix Resurrections in theaters and on HBO Max, audiences are once again falling for the kind of grand, mind-expanding vision she and sister Lilly Wachowski have been pioneering in science-fiction since their first entry in the franchise hit in 1999.

Groundbreaking visual grammar and dense, consciousness-shifting narratives have long been essential to the Wachowskis’ appeal as genre oracles. Few would dispute that The Matrix transformed Hollywood’s relationship with special effects or that its turn-of-the-millennium digital anxiety set the tone for the wave of simulation-theory sci-fi sensations that followed. But there’s an exquisite simplicity to the philosophical engine driving these filmmakers as well.

Love and connection have governed all the Wachowskis’ works. Their disarmingly sincere belief in the power of the electricity between two people to liberate entire worlds was once considered a flaw in their approach, rather than the auteurist signature it’s been recognized for more recently.

Then again, reappraisal is a term you hear with some regularity where the Wachowskis are concerned. Across their sprawling body of work, the filmmakers have often seemed attuned to frequencies only they can decode, and this hasn’t appeared to faze them one bit. Speed Racer turned polished, hyperreal racing circuits into the sites of an expressionistic pop-art spectacle in its hyper-caffeinated stream of candy-coated imagery. Jupiter Ascending, made in a more structured studio mold, reimagined the space opera as an explicitly feminine visual fantasia.

Then there’s the more unabashedly portentous Cloud Atlas — now streaming on Netflix and HBO Max — which reached for the heavens in its efforts to spin a centuries-spanning saga. Perhaps appropriately for a film that identified the undercurrent of humanity’s evolution as a need to remain free in defiance of society’s efforts to control it, Cloud Atlas set its filmmakers and ensemble cast free to play as well.

Describing Cloud Atlas is a daunting task and one that inevitably runs the risk of minimizing one of the most ambitious movies ever made. What can be safely said is that Cloud Atlas weaves its grand three-hour tapestry from six interrelated stories, spanning roughly half a millennia as well as a wealth of continents and genres. The connections between these stories become emotionally apparent, but its characters never meet, and their lives register as little more than individual echoes in a boundless universe.

Taken together, however, the circumstances of the film’s characters, and their actions in response to them, form a bigger picture. Over the centuries, as cyclical forces of greed and power rise to contain humanity within frameworks of fear and control, so too do individuals find themselves pushing back against these limitations — in a fierce, all-consuming need to assert their individuality’s worth within the course of human history.

Indeed, in a section of the film set in 1894, slave trader Haskell Moore (Hugo Weaving) admonishes his son-in-law, doctor Adam Ewing (Jim Sturgess), by saying, “No matter what you do, it will never amount to anything more than a single drop in a limitless ocean.” Adam’s response distills Cloud Atlas. He says, “What is an ocean but a multitude of drops?”

Elsewhere, in 1936, a talented young British composer (Ben Whishaw) struggles to escape the cruel, domineering hand of a musical great (Jim Broadbent). In 1973, a San Francisco journalist (Halle Berry) investigates an alleged cover-up at a nuclear power plant, only to sense threats to her life. In 2021, an aging publisher (Broadbent again) flees the nursing home he’s been involuntarily confined to. In 2144, in dystopian Neo Seoul, an indentured clone-slave (Doona Bae) risks everything to expose the terrible truth about her society. And in 2321, after the fall of civilization, a tribal villager (Tom Hanks) undertakes a perilous odyssey toward a forgotten communication station.

Much of Cloud Atlas — which the Wachowskis co-directed with Tom Tykwer and adapted the acclaimed novel by David Mitchell — is concerned with letting stories within these different time periods play out separately. However, writings left behind by characters in past storylines are discovered by characters in future storylines.

A shared birthmark between the principal characters suggests that they might share the same soul, passed down through bodies and decades, gaining something both intangible and essential through this process. Further establishing connections between the characters, Cloud Atlas finds its lead actors playing multiple roles, though they appear in different capacities throughout each of the film’s strands. An actor might play a rebellious slave in one section and a brutish authority figure in another.

Upon its release in 2012, the film understandably drew accusations of racism for having white actors play characters in the futuristic Neo Seoul section. The film’s decision to feature the white British actor Jim Sturgess as Hae-Joo Im, whose eyes were augmented to appear more Asian, was particularly problematic. Though aligned with the film’s approach of using makeup to transform actors between time periods dramatically, it’s an upsetting image — and one explained but not neutralized by the film’s suggestion that constructs of race will merge and eventually become as arbitrary as those of gender, class, or nationality.

Given the far greater diversity of the cast employed for the Wachowskis’ similarly time-and-space-traversing Netflix saga Sense8, the filmmakers have since started to reckon with understanding white privilege and what was wrong with Cloud Atlas’ depiction of the future using white actors. And so Cloud Atlas exists as a decidedly flawed flight of imagination by its filmmakers, though the transcendent heights of its ambition and the unapologetic emotion driving its storylines lend credence to those who call it an unsung masterpiece.

Either way, Cloud Atlas is a film worth feeling, one that demands to be tangled with and that rewards close study. Its audacity and grand possibility represent the fantastical speculation of filmmakers who know the best and most daring way to dream is to be swept away to parts unknown on the strength of their own vast, strange, and singular imagination.

Cloud Atlas is now streaming on Netflix and HBO Max.

With Lana Wachowski’s The Matrix Resurrections in theaters and on HBO Max, audiences are once again falling for the kind of grand, mind-expanding vision she and sister Lilly Wachowski have been pioneering in science-fiction since their first entry in the franchise hit in 1999. Groundbreaking visual grammar and dense, consciousness-shifting narratives have long been essential…

With Lana Wachowski’s The Matrix Resurrections in theaters and on HBO Max, audiences are once again falling for the kind of grand, mind-expanding vision she and sister Lilly Wachowski have been pioneering in science-fiction since their first entry in the franchise hit in 1999. Groundbreaking visual grammar and dense, consciousness-shifting narratives have long been essential…

‘The Matrix Resurrections’ is a full-frontal attack on ‘The Matrix’