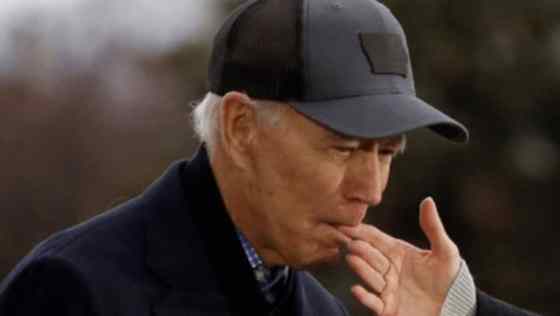 Tuesday Newsfeed: As This Final Week of 2021 Winds and Grinds Down To Its Bitter End…

Posted by Maggie on December 28, 2021 in From the editors

Perhaps you join me in vividly remembering this time a year ago when we were very eager for 2020 to end and a new year to begin. All during 2020 we heard the MSM champion how Joe Biden was going to be the savior of ‘democracy’. Most of us knew a Biden administration would be exactly what we were anticipating, and we have been vindicated. We have to give credit where it’s due. In less than a year Joe Biden and Company have managed to do what a Carter administration did in four years … and worse in the ‘death and destruction’ categories. And here we are, eagerly awaiting the end of 2021. However, don’t look for any real hope for positive results in 2022. Inflation will not just hang on around our wallets but will tighten its grip. Grocery and gas/energy prices will continue to rise. The shortages will continue with the consumer supply chain woes, and not just with stranded cargo ships but with deficiencies in a lackluster workforce. And now the nation’s healthcare sector is beginning to feel shortages in important much needed and depended upon supplies.

Biden’s “Build Back Better” just about has our country on its back. It is very clear that Biden bites the big one. As we prepare to enter 2022 will we, a year from now, look back on this year as mild in the context of what’s coming next?

Jessica Chasmar: Joe Biden was the most powerful man in the world as it fell apart around him in 2021: Biden’s first year in office marred by disastrous Afghanistan exit, record inflation, COVID-19 surge

Kyle Morris: How Biden ‘spent’ 2021: Over $3T signed into law, but he wanted trillions more: Biden hopes Congress will pass another $1.75 trillion in spending early next year

Stephen Kruiser: The Biden Train Wreck Is All the Way Off the Rails Now

Dennis Prager: The (Crappy) Year We Just Lived Through

Eleanor Bartow: 13 Happenings In 2021 That I Never Would Have Believed 5 Years Ago: Events happened this year that would have been believed impossible not long ago, with new lows and technological advances.

The world seemed to get closer to spinning out of its orbit in 2021. If you’d told me five years ago that men would be treated as women, criminals would not be prosecuted, and censorship would be widespread, I wouldn’t have believed you.

What were once considered the most basic, scientific truths (such as that you’re born with your sex and can’t change it) have broken down. Governments are no longer serving their primary function of providing security and protecting borders…

A lot of people deserve to be in prison and/or hell after what they’ve done to millions over the last 2 years.

I do not believe that true evil ever goes unpunished. Not long term.

The Methods of This Madness and Its Methodologists:

Never once have therapeutics, whatever the source, to treat and even save lives, been anywhere within reach of priorities with anyone wielding power in the COVID big government overreach we find ourselves living under for two years. If anything, as I’ve stated before, daring to try medicines designed for other illnesses and conditions in order to treat this new virus out of a China bio-lab is demonized. You know, there is a long list of medicines/drugs that were developed for one illness or condition that were eventually found to be effective on other illnesses or conditions. But why not with this particular virus? THAT is a question that demands asking and answering … on record.

Also, when you look at it correctly and sincerely we have a pandemic of “positive tests”, not sick or hospitalized people. And how many of them are false-positives in that running tally? My family all agreed to testing before gathering for the Christmas weekend festivities. We have two healthcare workers exposed to hospital environments and a university classroom. A high school teacher/coach and school aged kids. The rest of us are basically not out and about in heavy germy human traffic, so, it made sense to test in order to lower any possibility/probability. And most of those family members actively out and about have had, and been sick, with COVID in the past year.

Chris Queen: CDC Revises Quarantine Recommendations for Omicron … They had to because the two weeks or even ten days of quarantine has been disastrous for business and industry, especially the healthcare industry and transportation (air travel) industry. Employees who have been fully vaxxed and boostered, and are not symptomatic, but test positive should not have to cloister away for such extended lengths of time.

Lindsay Kornick: White House clears press from Biden conference: Biden said there is ‘no federal solution’ in call with US governors

Biden: “I understand you guys may have some questions. Jeff?”

NYPost Ed Board: Biden’s been breaking his promises on COVID tests all year — only to keep doing it again and again

Adam Sabes: Fauci paints grim picture of air travel’s future and hints another requirement may be on the horizon

Jack Morphet and Bruce Golding: Vax rules for kids to dine at NYC restaurants about to get more strict

Bethany Mandel: The experts who approved the vax for kids were against mandating it

FNC: Rep. Malliotakis: People have had enough of the government overreach during the pandemic: Business owners are griping with New York City’s new vaccine mandate

Andrea Widburg: Reality is impinging upon the Democrats’ carefully constructed COVID tyranny … At some point the overused and worn out screw driver slips off the head of the defiant screw. But next comes the sledgehammer? Oh, and racism…

Paul Joseph Watson: Minnesota Puts White People at the Back of the Queue For Life-Saving COVID-19 Treatment

Yael Halon: The 10 worst fact checks of 2021, and why they matter: When the arbiters of truth fell short

David Rutz: Biden’s most memorable clashes with reporters in 2021: Not all the questions Biden gets are about ice cream

VIDEO: Victor Davis Hanson: If you trusted the liberal media in 2021, this is what you would believe

Twitchy: Tweeter shares footage of Rachel Maddow spreading Fake News about COVID vaccines — and Twitter may have punished him for it

It’s wild how there are no consequences for all these vaccine lies. If you wonder why many are skeptical of the covid “vaccine” it’s because they remember what they were told about how effective the vaccine was. All that Rachel Maddow says here is untrue. https://t.co/eIcBOGSUZj

Carrie Sheffield: Liberals should resolve to be more tolerant in 2022 — our democracy depends on it

First of all, can we just stop calling them ‘liberals’? These people do not resemble anything even remotely ‘liberal’ in the factual sense of the term. These people range in degrees from lazy socialists to card-carrying communists to rabid Marxists and Maoists who long to carry out the same process those two evil dictators did to fundamentally transform huge swaths of humanity into oppressed serfs of “The State”.

Next, I have family and friends who do not think or vote the way I do. I never once had even a thought about disavowing or ostracizing any of them. However, the people the above opinion piece speaks of really do have zero tolerance for anyone who links differently than they do. So much so that if their family member or friend who is also anti this or that but isn’t in agreement with the collective on just one element of the mind-set they too are “cancelled”. I have lost count of my friends and acquaintances that have told me how their “liberal” friends, coworkers, and, yes, even family members have disowned them (even vocally) because they are conservative or republican or voted for/support Pres. Trump. These are people who shout for “democracy” but practice totalitarian fascism just in their own lives. Imagine if we had a massive takeover of our government by such people. What we are witnessing and going through right now would seem quite mild in comparison. So, good luck with trying to get blood from that stone hearted and hate-soaked brain of “liberals” who absolutely refuse to coexist with anyone.

Victor Davis Hanson: Sowing Winds and Reaping Whirlwinds: The Left is being consumed by its own hatreds and hubris.

David Solway: Is Western Civ on the Way Out? When a civilization decides it wants to destroy itself, it seems there is no stopping it…

It’s all by design. And right now it is the massive herd of society allowing themselves to be led to the slaughter of civilization by just a few who seek to rule over the rest of us.

Elihu Grant: You Bastards: A farewell message for the zealots who are destroying our cities, and the shortsighted, sanctimonious voters who keep them in power, making the departure from D.C. a necessity rather than a choice.

Robyn Dolgin: Nominating the most spectacular leftist meltdown of 2021

There is also no federal solution to education.

Twitchy: Nikole Hannah-Jones further undercuts her own 1619 Project scholarship, but not before sneering at parents who lack her brand of ‘subject-matter expertise’

“I don’t really understand this idea that parents should decide what’s being taught,” @nhannahjones said on Meet the Press.

“We send our children to school because we want them to be taught by people who have expertise in the subject area.”

Nikole Hannah-Jones: Parents shouldn’t be in charge of their kids’ schooling: “I don’t really understand this idea that parents should decide what’s being taught. I’m not a professional educator. I don’t have a degree in social studies.” Yet she wants the 1619 Project in schools. pic.twitter.com/UAjFTCvVmg

Hilarious to pretend that parents wanting a basic say in kids’ education is the same as “not wanting them taught by people with subject-matter expertise.”

This started largely because people WITHOUT subject matter expertise (like NHJ) were writing school curriculum. https://t.co/nX7N4TU1Ub

Jeremiah Poff: 1619 Project author ripped for saying parents should have no say in school curriculum

2 Timothy 4:3 – For the time is coming when people will not endure sound teaching, but having itching ears they will accumulate for themselves teachers to suit their own passions

~~Well done, Maggie! Now let’s begin the New Year ready to do battle where it counts! I’ll lift a bit o’ bubbly to you and yours! xxoo, BK

Posted by Maggie on December 28, 2021 in From the editors Perhaps you join me in vividly remembering this time a year ago when we were very eager for 2020 to end and a new year to begin. All during 2020 we heard the MSM champion how Joe Biden was going to be the savior of ‘democracy’. Most of us knew…

Posted by Maggie on December 28, 2021 in From the editors Perhaps you join me in vividly remembering this time a year ago when we were very eager for 2020 to end and a new year to begin. All during 2020 we heard the MSM champion how Joe Biden was going to be the savior of ‘democracy’. Most of us knew…

Artistic Depictions of the Nativity