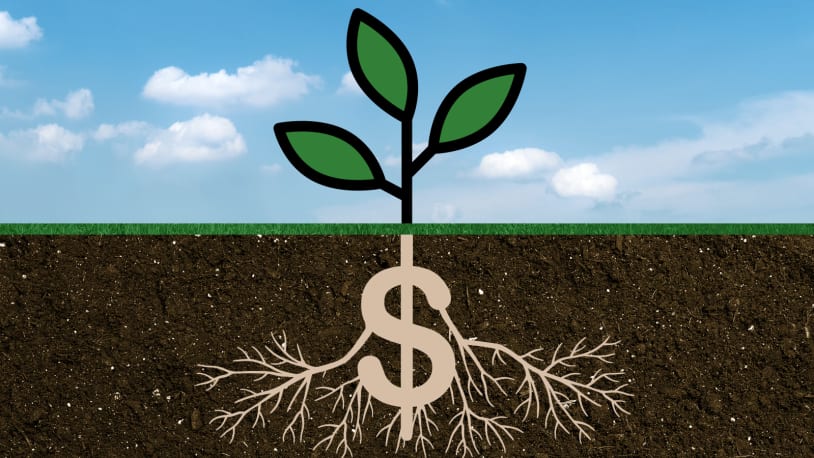 How the last 20 years changed what Americans eat

This article is part of The Week‘s 20th anniversary section, looking back at how the world has changed since our first issue was published in April 2001.

Is doing good good for business? How do corporate social responsibility initiatives impact the bottom line? Can conscious capitalism be profitable?

These were the questions that brought me to London almost 20 years ago. A quest for answers had somehow taken me inside the walls of 10 Downing Street and to the House of Lords, where I would wait to meet my prospective research supervisor, Lord Brian Griffiths of Fforestfach. The former vice chair of Goldman Sachs and chief policy officer for Margaret Thatcher had been recommended for his business acumen, but it was his work in Christian ethics and corporate social responsibility which most intrigued me.

My own time as an entrepreneur in the wellness industry had been brief, but it transformed my thinking about business. My small company was but one of many casualties of the early dot-com crash, and, like other young CEOs at the time, I emerged with deep questions about purpose and profit. Corporate social responsibility was beginning to attract greater attention, and companies were talking about what it meant to do good business. I’d also started seminary studies around that time, delving into ethics and community development and wrestling with ideas like “creation care” and “environmental stewardship.”

But as I sat in the House of Lords and thought about what it might look like to pursue goodness in business, I didn’t yet realize the answer to all my questions could be “yes” — and I couldn’t yet know how different the business of goodness would be two decades hence.

I didn’t give much thought to my childhood memories of Silicon Valley — food co-ops, health food stores, and the horrible taste of carob — and it wouldn’t have occurred to me to focus my new ethical inquiries on food. I wasn’t yet a pescatarian, wasn’t looking for alternative protein sources, and wasn’t particularly interested in plant-based dairy.

Today, however, the market for healthy and sustainable food, cleaning, and body care products is booming. I’m buying these products now, and I’m far from the only one. “Soy latte” has become common parlance, as easily ordered in St. Louis as in San Francisco. So are coconut, almond, and oat milks. Plant-based burgers are on the menu at major fast food chains. The last 20 years have dramatically altered the way middle-class Americans eat: Growing awareness of climate change, wider interest in conscious capitalism, and the mainstreaming of what was once a niche market for health enthusiasts and allergy-prone consumers has proven just how good for business “good for the planet” can be.

It can be easy to forget how just how much has changed — and to miss how it happened. The oughts ushered in an unprecedented wave of foundings, mergers, and acquisitions in the natural foods market, deals that made it possible to keep up with rising demand.

For example, inspired by Chinese and Japanese artisans, entrepreneur Steve Demos began stirring up tofu in his Boulder kitchen in the 1970s. WhiteWave Inc. started small: tofu and hot soy milk from Demos’ cauldron, delivered to health food stores in Colorado. By the early 2000s, however, it was no longer on the fringes of the health food market. Demos sold WhiteWave for $194 million in 2002. By 2016, two of its brands (Silk and So Delicious) accounted for more than 40 percent of the rapidly expanding alternative dairy market. The next year, it was acquired by Danone for $12.5 billion.

Maybe even more remarkable is the trajectory of plant-based protein products, which in 2001 largely considered of tofu, tempeh, and seitan. Veggie burgers rarely appeared on restaurant menus, especially not those serving classic American fare.

That began to change thanks to people like Ethan Brown, who set out to combat climate change and began manufacturing plant-based protein in 2009. By 2013, backed by celebrity investors like Snoop Dog, Bill Gates, and Leonardo DiCaprio, Brown’s Beyond Meat could be found in Whole Foods stores across America. In 2019, Beyond Meat became the first plant-based meat analogue company to go public, with an opening valuation of $3.8 billion. And today, Beyond Meat’s plant-based products can be found in Dunkin’ Donuts breakfast sandwiches — something that would have been unthinkable 20 years ago.

Beyond Meat’s best-known competitor has seen similar success. In 2011, Stanford biochemistry professor Patrick O. Brown started Impossible Foods. His aim was reducing animal agriculture, and he set out to make a burger that required less land, less water, and less greenhouse gas emissions than one made from beef, while mimicking its taste. Impossible Foods has raised more than $1.3 billion dollars, and its burger product can be found at Burger King, Little Caesars, and thousands of ordinary grocery stores across the country.

In some ways, this is a marketing victory. The natural products industry learned from its once-fringe pioneers how to tap into the American psyche, and healthiness and low environmental impact became mainstream selling points. “LOHAS,” short for “lifestyles of health and sustability,” is a growing and coveted market segment mostly composed of well-educated and well-off consumers with an enviable way of living. Carefully crafted aesthetics, fitness gurus, and celebrity spokespersons helped make crunchy cool.

But it’s not just marketing. Many Americans’ thinking on climate change, pollution, and sustainability is starkly different now than it was two decades ago. Environmental policy may be slow to change, but entrepreneurs can choose to improve their business practices, and a would-be activist can swap products in her shopping cart immediately. (I’ve certainly swapped products in my fridge, which is now stocked with plant milks and alternative proteins all the time.) And then there’s the products themselves: Modern health food stores aren’t all carob and homemade tofu anymore. Making choices that are good for our bodies and the planet can feel good — and taste good, too.

This article is part of The Week‘s 20th anniversary section, looking back at how the world has changed since our first issue was published in April 2001. Is doing good good for business? How do corporate social responsibility initiatives impact the bottom line? Can conscious capitalism be profitable?  These were the questions that brought me to London…

This article is part of The Week‘s 20th anniversary section, looking back at how the world has changed since our first issue was published in April 2001. Is doing good good for business? How do corporate social responsibility initiatives impact the bottom line? Can conscious capitalism be profitable?  These were the questions that brought me to London…

The NBA plays while college games cancel. Is this our Omicron future?

Champagne in short supply ahead of New Year’s Eve