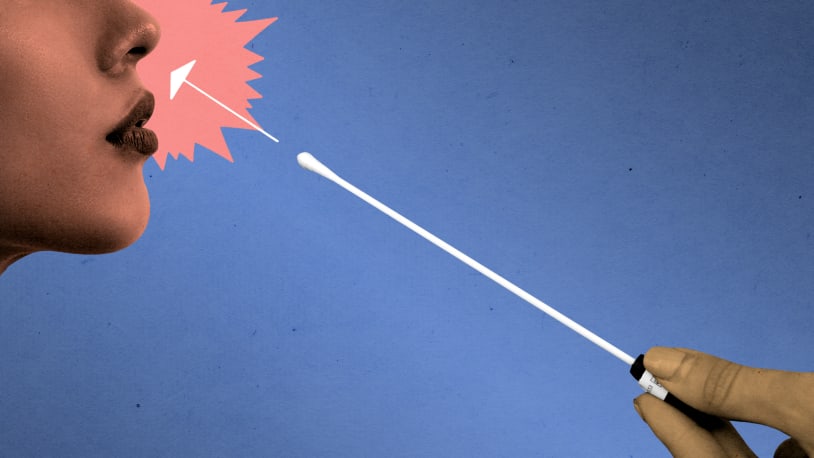 COVID hawks and doves can agree: We need more tests

America’s most damning failure in our COVID-19 response, from the beginning down to the present day, is testing — or rather, lack thereof.

Early in the pandemic, containment via the kind of test-and-trace strategy successfully deployed by South Korea was made impossible by our lack of functional tests. Indeed, the only approved test didn’t work at all. As a result, COVID spread in the U.S. largely undetected for weeks in January and February of 2020, with catastrophic results later that spring.

After a while, we did increase lab capacity to do PCR tests, which are the most accurate for detecting COVID even at small viral loads. We used frequent testing to protect our health-care system from outbreaks, to allow film and television production to resume, and to bring students back to college campuses, all before vaccines were available.

But while many European countries have made rapid antigen tests for home use plentifully available for free or at very low cost, the United States has been slow to give these tests regulatory approval and has never used the power of government procurement to ramp up production. Outrageously, in October, the Biden administration actively rejected a plan to provide hundreds of millions of rapid tests to Americans every month. Consequently, when the Omicron wave struck a month later, we once again lacked the tools to measure the crisis — and thereby effectively manage it in a way that minimized the damage to both life and quality of life.

Wait a second, though. Didn’t I recently declare myself a “radicalized” COVID moderate? Haven’t I been calling for a return to normalcy for months now? Why, then, am I lamenting the lack of available tests? Aren’t they a relic of an earlier era when containment was possible?

I haven’t changed my views. But testing could have played a crucial role in helping us achieve a higher degree of normalcy much sooner — and it still could, if made widely available at a low enough price, which we know is an achievable goal because other countries have already done it. Testing won’t end the pandemic, but an ample, affordable supply of tests could substantially improve your life no matter where you fall on the COVID caution spectrum. Allow me to walk through my own example to illustrate how.

For months, I’ve been operating on the assumption that I’ll be exposed to COVID sooner or later, and I haven’t crimped my lifestyle to try to avoid that happening. Given Delta and Omicron’s increased infectiousness and ability to partly evade immunity, I knew there was a reasonable likelihood I might get a breakthrough infection notwithstanding my having been vaccinated and boosted, but that struck me as a reasonable risk to take. Yes, I could be the rare case who suffers serious illness, but I could also be the rare case who gets hit by a piece of falling masonry. Knowing the odds, I decided it wasn’t worth worrying about.

But there are other people in my life whom I do worry about. I don’t want to give COVID to my friend with cancer who is immunocompromised. I don’t want to give it to my parents, who, while also vaccinated and boosted, are in a higher-risk age group and have medical conditions that put them even further at risk. I also don’t want to be responsible for being a super-spreader among strangers, if I can prevent it.

So, on Tuesday, when I came down with the symptoms of a cold — a sore throat, congestion, and raw nasal passages — I took a home COVID test to see if it was my turn in the barrel. Result: negative.

Getting one negative test doesn’t mean you aren’t infected. It can take several days for an infection to become significant enough to show up on a rapid antigen test — that’s why the PCR test is still the gold standard for determining whether there’s any virus present. But if you get a negative result on a rapid antigen test, you’re likely not infectious even if you are infected. At least, you’re not infectious yet.

So on Thursday I took another rapid antigen test, this time administered at an outdoor pop-up testing site. Result: negative.

At this point, I figured I probably had an ordinary cold. But on Sunday I was supposed to see my mother, so on Saturday I took a third test, and I followed a somewhat different swabbing procedure. Because Omicron is so much more effective at replicating in the upper bronchial area, I swabbed first my throat and then my nose and tested the combination.

Result: positive. I called my mother to postpone.

The interesting thing about that timeline is I got symptoms days before I tested positive. This upends the story we learned early in the pandemic, when one of the big fears was that asymptomatic people could not only carry the virus but spread it completely unawares — as indeed they could.

But, as epidemiologist Dr. Michael Mina explained in an excellent thread this month, a major reason why people could spread COVID while asymptomatic is that the virus was new to us, so our immune systems didn’t react until the virus had already replicated substantially. Now that most of us have prior exposure through vaccine or infection, our immune systems are already on alert. They can react quickly and symptoms can appear before much viral replication, and therefore before we’re likely to be infectious.

With adequate rapid testing, anyone with symptoms could test immediately and quarantine only if positive. If negative, they could remain masked in public while symptoms persisted and test again (twice a day if possible, because tests can turn from negative to positive in a matter of hours), quarantining if the result changed. Similarly, rapid tests could be used to determine when it is safe to come out of quarantine. This would be more precise than current CDC guidelines, which specify a 10-day quarantine period though many people will no longer be infectious sooner than that, while a small number may stay infectious longer.

Far from imposing an excessive burden, at-home testing could enable more people to remain engaged in the world more of the time with less risk of spreading the virus. But it’s only workable if tests are abundant and free, or nearly so.

Even more limited testing, though, such as is currently available to most Americans, can be useful for protecting those most vulnerable. If you’re going to visit an elderly person or someone with compromised immunity, even if you’re both vaccinated and asymptomatic, taking a rapid test shortly before the visit can reassure each of you. If the only tests I had were the ones the Biden administration is belatedly promising to send out, that’s what I’d save them for.

For someone healthy, under 65, fully vaccinated, and boosted, Delta and Omicron shouldn’t stop you from being out in the world. For someone more vulnerable, taking extra precautions makes sense while the virus is so prevalent. Rapid antigen tests make it possible for people in the first group to safely remain in the second group’s lives.

And that’s worth something. Because if there’s one thing these pandemic years ought to have taught us, it’s that life really is with people.

December 28, 2021 December 28, 2021 America’s most damning failure in our COVID-19 response, from the beginning down to the present day, is testing — or rather, lack thereof. Early in the pandemic, containment via the kind of test-and-trace strategy successfully deployed by South Korea was made impossible by our lack of functional tests. Indeed,…

December 28, 2021 December 28, 2021 America’s most damning failure in our COVID-19 response, from the beginning down to the present day, is testing — or rather, lack thereof. Early in the pandemic, containment via the kind of test-and-trace strategy successfully deployed by South Korea was made impossible by our lack of functional tests. Indeed,…