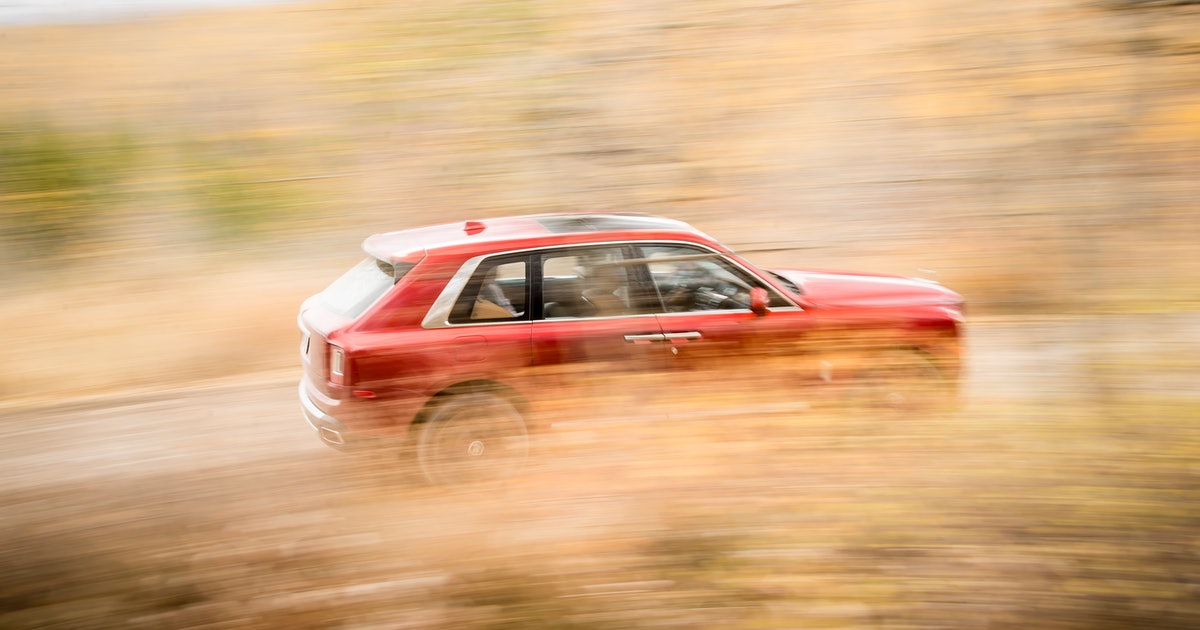 Best SUV I’ve ever driven — with a price to match

As someone who reviews cars for a living, I’m frequently asked, “what’s the best car you’ve ever driven?”

The answer is easy: any Rolls-Royce. No other automaker even comes close. Maybach and Bentley are both lovely, but the Bentayga starts in the $180,000 range. A Rolls-Royce Cullinan — my review vehicle this week — starts at $335,000, and my tester weighed in at an impressive $417,800.

But why bother testing a car that costs almost 50 percent more than the average new home in the U.S.? The Cullinan is a car most people will never even see in person (unless they live in Orange County), never mind owning or even driving one.

I would write about an impressive sculpture or engineering achievement for the same reason that I’m interested in Rolls-Royce. I find the level of artistic and creative expression in the Rolls lineup to be fascinating.

The leather comes from male cows living at high altitudes, so there aren’t any mosquito bites, and the leather doesn’t have stretch marks from female cows getting pregnant. This sort of fanatical attention to detail is commendable. Perfectionism is celebrated when Apple does it, and we should do the same when Rolls-Royce builds a car — even if it’s fabulously expensive.

There’s a reason Americans love the Kardashians (Kris Jenner bought the first new Ghost in North America a couple of years ago), Lifestyles of the Rich and Famous, and MTV Cribs. These days there is a strong undercurrent of Tax The Rich, but Rolls-Royce can’t be dismissed as mere pointless ostentatiousness.

As a car journalist friend said the other day, the two things in life that are free are dreaming and test drives. Americans are an aspirational group, and Rolls-Royce cars aren’t just for rich, old white men anymore.

The modern era of Rolls-Royce has given the company an entirely new clientele. My test Cullinan was a glorious bright red called “Hell Rot,” and the most frequent comment I got from folks when I drove it around — and many people came up to talk about it — was that they didn’t even know Rolls-Royce sold cars in that color.

And that’s precisely why the Rolls-Royce PR team spec’d it that way. The company will happily build a car in any color you want. If you bring in a flower, they can color match it. Or your dog’s collar. Or your private jet. Rolls-Royce is the car brand for dreamers.

And the Black Badge lineup of cars takes things even further, attracting an even more unexpected clientele. Athletes, rappers, and movie stars have flocked to the Black Badge, where the entire attitude of the car is turned upside down.

Black Badge turns chrome surfaces into a darkened chrome, and the Spirit of Ecstasy hood ornament on the front is available in black carbon fiber. When Black Badge was unveiled a few years ago, I said that the craftsmen and women at Rolls-Royce “turned murdering out a ride into an art form.”

My Cullinan was unexpected. Sure, it’s large and luxurious, but it’s incredibly capable off-road as well. And I mean incredibly capable. It’s been designed so oil barons can take it pounding through the sand dunes. Even if you never plan to go off-road, it’s nice to know that you could.

On the road, it was docile and absorbed every pothole and imperfection in the road and prevented it from bothering me. The seats are absurdly comfy, and the Starlight Headliner is perhaps the most wonderfully unnecessary feature ever fitted to an automobile.

People came up and asked me about the enormous SUV nearly every time I stopped, and folks were particularly stunned at the enormous coach doors (Rolls is far too reserved to call them suicide doors) for accessing the rear seats. And, of course, the umbrellas fitted to the rear doors are perhaps the most perfect accessory ever fitted to an automobile.

There’s a lot of “most” and “best” and “unnecessary” and “perfect” when it comes to describing a Rolls-Royce. It’s the most extra vehicle ever made, but in the very best way.

The Cullinan was the best SUV I’ve ever driven. It was the most comfortable by far and definitely the reddest. It was also the most expensive. But so what? It’s an aspirational bedroom wall poster car.

It’s an engineering and artistic achievement, hand-crafted by hundreds of wildly talented people in England and around the world at all Rolls-Royce’s suppliers. Buying a $400,000 SUV doesn’t set that money on fire — it pays for rent and mortgages, it puts food on tables. It pays talented people a fair and equitable wage for their labor.

But most importantly, it’s a dreamer’s car. It’s something to aspire to, for entrepreneurs to hustle for and athletes to swing for. It’s an achievement for the owners, and we should be excited that it exists. A world without Rolls-Royce is slightly less fun, somewhat less interesting, and slightly less aspirational.

And, after the last year and a half, don’t we all need some of that?

Weirdly, Rolls-Royce doesn’t equip its cars with automatic climate control. Instead, you get manual fan controls for each passenger (Soft-Med-High-Max) and two different temperature knobs.

The top one controls the temperature of air blowing at your face and the second adjusts the temperature blowing on your feet. So, if you want warm toes and a cool breeze on your face, you can do it. That means the Cullinan actually has eight different climate control zones.

As someone who reviews cars for a living, I’m frequently asked, “what’s the best car you’ve ever driven?” The answer is easy: any Rolls-Royce. No other automaker even comes close. Maybach and Bentley are both lovely, but the Bentayga starts in the $180,000 range. A Rolls-Royce Cullinan — my review vehicle this week — starts…

As someone who reviews cars for a living, I’m frequently asked, “what’s the best car you’ve ever driven?” The answer is easy: any Rolls-Royce. No other automaker even comes close. Maybach and Bentley are both lovely, but the Bentayga starts in the $180,000 range. A Rolls-Royce Cullinan — my review vehicle this week — starts…

Physicists are rethinking how we measure time