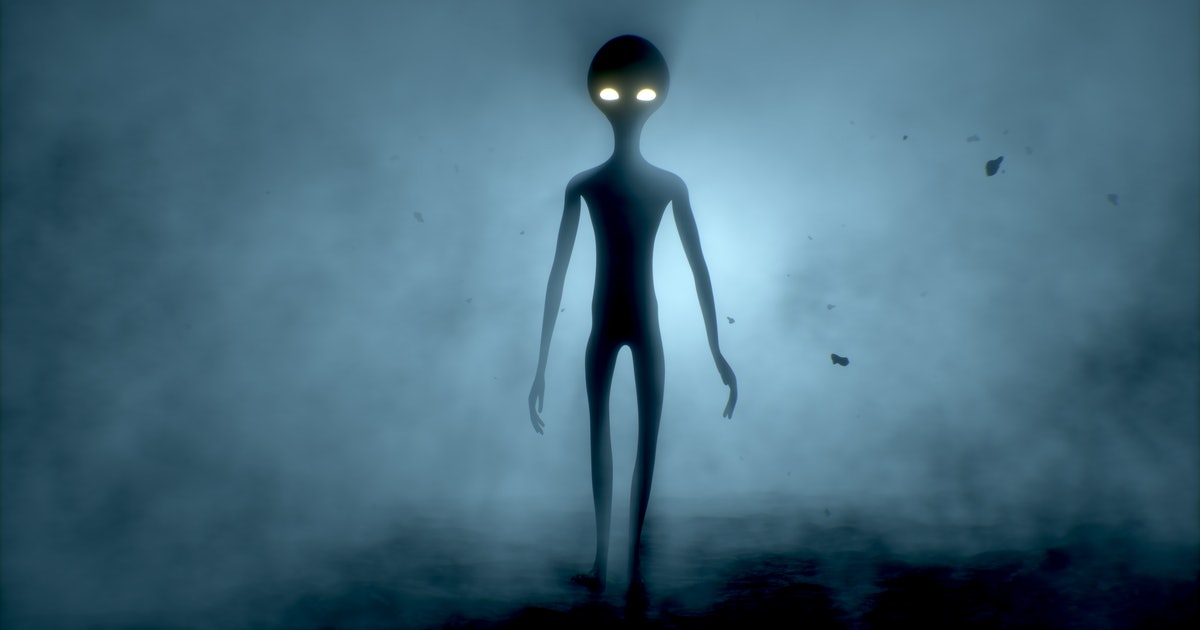 Americans have been obsessed with flying saucers and little green men since the end of the Second World War. But in 1972, UFO researcher and astronomer J. Allen Hynek published a book called The UFO Experience: A Scientific Enquiry. An extensive and exhaustive dive into the phenomena surrounding Unidentified Flying Objects, it catalogued everything from sightings to encounters with the pilots themselves. It also established a new categorization of contacts, the best-known being the “third kind” apropos of a certain Steven Spielberg flick.

But there was something else that bubbled under the surface of science fiction dogma; experiences that largely went unspoken, but were alleged by countless Americans from disparate locations and backgrounds. The horrors in question could be filed under “things that go bump in the night.” The monsters lurking under the bed, the boogeyman in the closet, the disembodied face at the window. No one important would believe the victims, so why talk about it?

We’re talking, of course, about the fourth kind of extraterrestrial encounter, where one is whisked away in the middle of the night by a creature with grey skin and oblong eyes as deep and dark as the universe. The unfortunate victim is invariably tied to a metal table and abused with robotic instruments.

Whether embedded in fact or fiction, there have been innumerous attempts to render such abductions on the big screen, from Robert Lieberman’s docudrama Fire in the Sky to the Christopher Walken vehicle Communion. But none are so thrillingly confrontational — nor such a canny, unsettling blend of reality and make-believe — as Olatunde Osunsanmi’s adventurous mockumentary, The Fourth Kind.

Constructed in the style of an old-timey sci-fi anthology show a la Beyond Belief: Fact or Fiction, Osunsanmi’s sci-fi thriller purports to document and recreate real events occurring in Alaska in the early 2000s. As if to immediately cement this purported reality, Milla Jovovich leads an earnest prelude where she introduces herself as herself, explaining that she’ll be playing the film’s subject in a series of reconstructions. “This film is a dramatization of events that occurred on October 1st to the 9th in 2000, in the Northern Alaskan town of Nome,” she says. Sure, it’s a bigger version of the “this movie is based on real events” cliché but, judging from my impulse to check over my shoulder, it’s effective.

The mockumentary framework isn’t novel, but the way The Fourth Kind uses it certainly feels so. There are depths to the artifice. First, the Jovovich-led recreation scenes deliberately take on the guise of low-budget reconstructions. Second, the film shows allegedly “real” footage and audio sourced from the “real-life” subject Jovovich is embodying. The Blair Witch Project is the obvious point of comparison, but it feels more like the infamous Orson Welles War of the Worlds radio show; if you’re ignorant to the fiction of it all, you might just think it true-to-life, a mirage the film goes to great lengths to achieve (albeit one broken as soon as you use Google).

So who is Jovovich playing? Here’s a deft move: while most abduction narratives center whack jobs, truckers, and drugged-out loons, central to The Fourth Kind is respected psychologist Dr. Abigail Tyler (played, in the “real” segments, by Charlotte Milchard). She stumbles onto the phenomena after some of her insomniac clients report seeing a white owl before they sleep. Hypnosis reveals something more sinister, a truth so terrifying that it leads one patient, after a tense stand-off both recreated and witnessed through “real” dashcam footage, to kill his family and himself. It’s only through chance that Tyler realizes she’s affected too; a dictation she recorded reveals her own abduction, later exhumed through her own session in the chair.

The owl is seen throughout The Fourth Kind, and always in unnerving moments. They pop up while Tyler’s clients recall their abductions, framed in mid-shots and sinister close ups. Osunsanmi wields the power of suggestion to great effect, like how Spielberg shot Jaws without showing us the shark. The greatest horror flicks seldom show us their villains, but while the owls come equipped with a piercing gaze and unsettling visage, we know we’re really looking at out-of-this-world creatures that snatch us away in the middle of the night to perform ungodly experiments.

The Fourth Kind was broadly dismissed by critics on release, and some of the criticisms do stand up. Lorenzo Senatore’s camera work can be erratic and imprecise, trading what might better fit a static shot for shakycam. Making up for that are some of the more interesting visual elements at play; a split-screen motif that plays off the purported “real” footage against the filmmaker’s reconstructions is particularly compelling.

While faults exist, there’s too much of interest to dismiss The Fourth Kind out of hand. In an era of increasingly cookie-cutter studio features, many of its more daring choices have aged remarkably well.

Americans have been obsessed with flying saucers and little green men since the end of the Second World War. But in 1972, UFO researcher and astronomer J. Allen Hynek published a book called The UFO Experience: A Scientific Enquiry. An extensive and exhaustive dive into the phenomena surrounding Unidentified Flying Objects, it catalogued everything from…

Americans have been obsessed with flying saucers and little green men since the end of the Second World War. But in 1972, UFO researcher and astronomer J. Allen Hynek published a book called The UFO Experience: A Scientific Enquiry. An extensive and exhaustive dive into the phenomena surrounding Unidentified Flying Objects, it catalogued everything from…

26 years later, the best RPG ever made still lives up to the hype