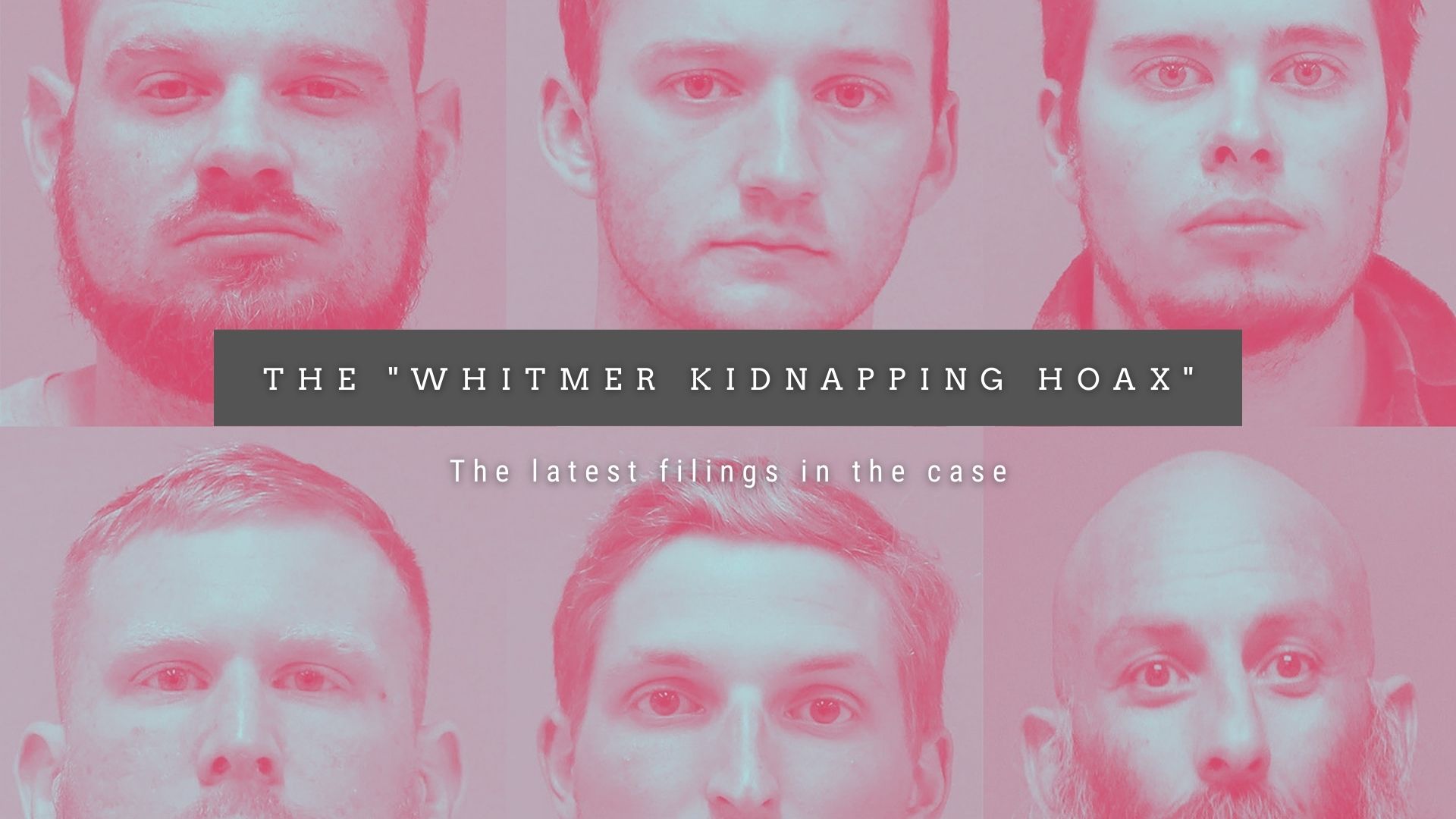 December 27, 2021 — We at Patriots’ Soapbox have been following the case USA vs Fox, et al aka the so-called “Whitmer Kidnapping Plot,” currently wending its way through the legal system. This is one of the most controversial “domestic terror” cases of the decade, with many questions regarding the use of informants and the conduct of the FBI handlers. If you are not familiar with this case, please see our many prior articles that go into more detail. I wanted to provide a brief update on the latest happenings with regard to the upcoming trial:

Here is the lovely Richard Trask upon arrest last summer looking every part the lowlife thug he is.

Reporters also found FB posts where Trask called Trump a “piece of shit” and hopes he will “burn in hell.”

Peter Strzok without the law degree:https://t.co/cZil5c4Wil

Richard J. Trask, the FBI agent who almost killed his wife, has been removed from the witness list, as well as the two other lead agents that supervised the case.

You couldn’t make this up if you tried. It quite literally reads like some Hollywood drama about corrupt Feds.

On December 17, 2021 the Defense filed the following Motion:

The 69-page Motion goes into detail regarding the corrupt and inappropriate conduct of the federal agents who led this alleged “plot.”

The indictment against five men accused of plotting to kidnap Gov. Gretchen Whitmer should be dismissed due to “egregious overreaching” by federal agents and informants, defense lawyers wrote in a coordinated attempt to scuttle the high-profile case three months before trial.

According to the filing, FBI agents and federal prosecutors capitalized on discontent with Whitmer’s handling of COVID-19 pandemic restrictions, invented a conspiracy and entrapped five people who face up to life in prison if convicted of kidnapping conspiracy in a case that has shed light on violent extremism in Michigan.

The 20-page motion, filed Christmas night by all five defense lawyers, asks U.S. District Judge Robert Jonker to dismiss the conspiracy charge. The move would effectively dismantle the government’s case and remaining charges, which are intertwined and based on the conspiracy charge, the lawyers wrote.

The request follows a stream of allegations and developments about the government’s team involved in the case. That included the convictions of FBI Special Agent Richard Trask, the government’s public face of the investigation who was arrested on a domestic violence charge and later fired and convicted of a misdemeanor; and informant Stephen Robeson, who was dropped by the FBI after being caught illegally possessing a sniper rifle.

‘Essentially, the evidence here demonstrates egregious overreaching by the government’s agents, and by the informants those agents handled,’ defense lawyers wrote. ‘When the government was faced with evidence showing that the defendants had no interest in a kidnapping plot, it refused to accept failure and continued to push its plan.’

The request comes ahead of a March 8 trial in federal court in Grand Rapids. The five charged with kidnapping conspiracy are: Adam Fox, 38, of Potterville; Barry Croft, 46, of Bear, Delaware; Kaleb Franks, 27, of Waterford; Daniel Harris, 24, of Lake Orion; and Brandon Caserta, 33, of Canton Township.

Federal prosecutors have insisted the men were not entrapped.

‘Months before any of them began suggesting it in pretrial motions, Garbin testified that (Barry) Croft and (Adam) Fox were the ringleaders of the plot, and that he and the other conspirators joined it willfully,’ Assistant U.S. Attorney Nils Kessler wrote in an earlier filing.

Defense lawyers Saturday said there was no kidnapping conspiracy.

‘…the government initiated this case, despite the fact that it knew there was no plan to kidnap, no operational plan, and no details about how a kidnapping would occur or what would happen afterward,’ the lawyers wrote.

Informants were the driving force in a case, cultivating a ‘sense of patriotism and right-doing,’ before FBI agents arrested the men in October 2020, according to the defense team. – Detroit News

Entrapment is incredibly difficult to prove at trial; in fact entrapment defenses almost always fail. And yet, from the evidence available to date, it appears that is exactly what happened here.

That Motion to Dismiss can be viewed here:

Prosecutors will “push forward” with the case nonetheless. This case has been tied to the January 6 riot cases by the Department of Justice itself. Prosecutors have used this case with regard to individual January 6 cases as well. The FBI stands accused of using the same kinds of dirty tricks and tactics to instigate the “storming of the Capitol” on January 6, 2021.

There are disturbing similarities with this case, which also had an alleged plot to “storm” the Michigan State Capitol. The head of the FBI Detroit field office, Michael D’Antuono was promoted to lead the Washington, DC field office and is now overseeing the January 6 cases.

This story is still developing, please check back for more updates.

December 27, 2021 — We at Patriots’ Soapbox have been following the case USA vs Fox, et al aka the so-called “Whitmer Kidnapping Plot,” currently wending its way through the legal system. This is one of the most controversial “domestic terror” cases of the decade, with many questions regarding the use of informants and the…

December 27, 2021 — We at Patriots’ Soapbox have been following the case USA vs Fox, et al aka the so-called “Whitmer Kidnapping Plot,” currently wending its way through the legal system. This is one of the most controversial “domestic terror” cases of the decade, with many questions regarding the use of informants and the…

Readers’ Choice: Best of Alexander for 2021