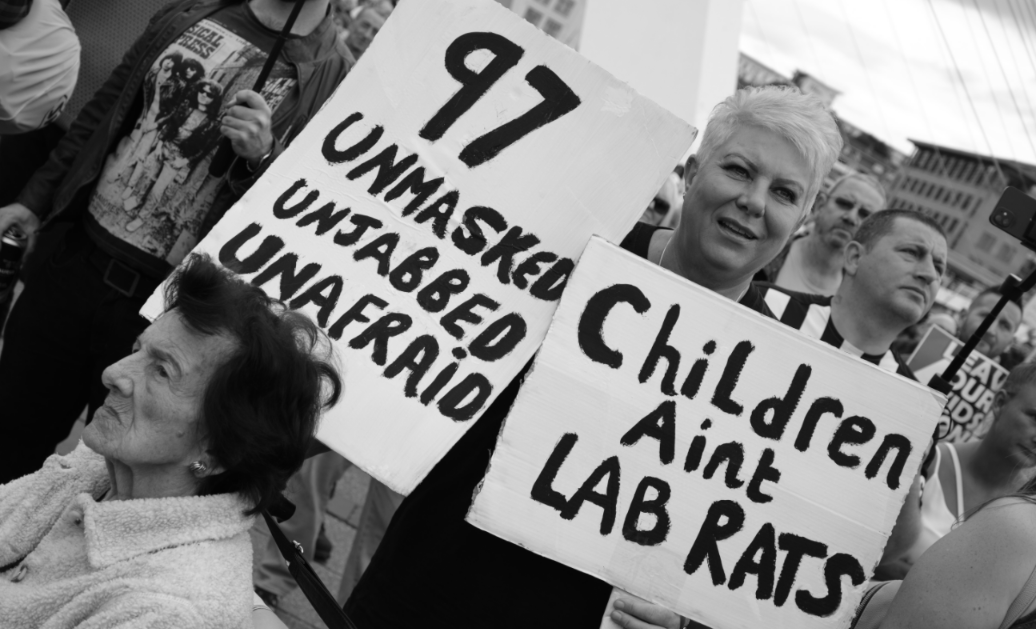 The invisible brutality of bio-information war

My father’s father was born in 1899 and took part in WW1. He died in 1974, when I was only three years old. I have a vague recollection of him, especially his smoking of pipe tobacco and the accompanying pipe cleaners I could play with. Apparently that habit — together with a moderate intake of alcohol — is what did him in, clogging his arteries. I am told by my father that my grandfather was pretty far gone after just a pint or two of beer, which is how he dealt with his war trauma.

He was a newspaper journalist, amateur photographer, and laid telecoms cables along Belgian and French canals as well as participating “on the front”. Some things never change: I am a citizen journalist, semi-pro photographer, telecoms expert “on ice”, and am actively “on the battlefront” of a vicious information war. I feel trauma from years of fighting, but I lack the legitimacy of the war even officially existing.

As I type it has just gone 6am. I am not prone to being an “early riser”, having a fondness for Wildean “crack of noon” starts and working through until near dawn. I have been feeling ill recently, and my sleeping has been disturbed. Copious bed rest has given me time to reflect upon the (unnamed) conflict we are immersed in globally; a kind of WW3 crossed with civil war but redesigned around surrealist principles, where nothing makes sense as seen on its surface.

A commenter on Gab recently chastised me for talking about the pain and suffering of this war, and suggested that I refer to various classics on the horrors of WW1 to recalibrate myself. My response was not to reject this suggestion, but to modify it: we are engaged in a barbaric battle, just with those infamous “silent weapons for quiet wars”. The looming death and destruction in many ways makes WW1 pale in comparison.

To the best of my knowledge there were not children on the battlefield on WW1, at least not if we ignore and exclude the many who lied about their age in order to sign up and participate. Soldiers were not asked to watch the “needle rape” maiming and murder of their own children by those they had most trusted. Mustard gas may have gruesomely killed many, but at least it did so tangibly, locally, and immediately. Gene therapies and nanotech make this a cruelly prolonged nightmare of sickness and decline.

Men in WW1 who enrolled into the armed forces did so in response to an official and public request, and did so with the general support of their families and society at large. The existence of a war was not a matter of contention, doubt, or debate. The pervasive propaganda (as I said, nothing much changes) ensured that few would have been condemned for having the courage to fight for their country, even if this in retrospect may have been under conditions of deceit and possibly misguided.

Those who fight in this war are often reviled and denounced by their friends and family. We are excluded from social and cultural events, fired from our jobs, silenced in public without complaint from others who worship secular authority. We are then told we are crazy for imagining there is a war, and stupid for refusal to conform to the perceived “liberal intelligentsia norm”.

Every established ethical standard seems inverted, right up to actively celebrating the death of the unborn via abortion, and the sexualisation of children. Logic is equally perverted, with the deceived inhabiting a “mirror world” which superficially appears internally consistent, but is disconnected from objective reality. Totalitarian ideology is embraced as being the righteous and reasonable approach to facing off a politically manufactured crisis of stolen freedoms.

Meanwhile we see those who ostracise us succumbing to increasing levels of sickness and mortality from the “death shots” they have so unwisely taken on foolish trust. Graphene oxide is the new mustard gas, mRNA lipid nanoparticles the new Zeppelins, and intramuscular injection the new machine gun. Bodies and psyches of loved ones are being shredded from the inside out, and we are being forced to watch helplessly. No prior reading on the banality of evil can quite prepare you for the unlimited depravity of wickedness on display.

From my own perspective I can see an unhealthy cycle of self-reproach when I feel unable or unwilling to participate in “ordinary and easy” activities like doing company accounts, erecting shelving, or answering correspondence. When those closest to us have de facto endorsed child sacrifice, if only by inaction and failure to complain, the simplest of social encounters — like a Christmas day phone call — feels like crossing an enemy minefield.

Many of my “awake” close friends, some whom I have known for a long time, are struggling right now. We can sense the oncoming “supershock” as those who were “hive minded” realise they have been played on an epic scale. I can always take my tin foil hat off, but they cannot stop their body producing toxic spike proteins. Just the knowledge of the horror that is to come is paralysing and nauseating. Yet we must somehow continue with everyday life.

The paradoxical physical comfort we enjoy in some ways makes the psychological and emotional distress even harder to bear. The illusion of normality is sustained to ensure as many people as possible subject themselves to the “clotshot” and volunteer for depopulation and democide. Those who see through the illusion are almost punished by the refusal of the shop shelves to empty, the gas pumps to dry up, and the power supply to become intermittent.

Yet the loss of labour to come will necessarily involve many of these hardships — and more. If nothing else the psychological wreckage of a “forced awakening” will leave many too disabled to function normally as they come to terms with what they have done to themselves and their families. This is before we even consider the wider trauma from the pain of having to let go of idols, ideals, and identities that have been adopted under false pretences.

To wrap up, my father says that my grandfather would only ever talk about WW1 with a very select number of his friends with whom he shared a common wartime bond. Otherwise, it was unspeakable and unspoken. Although he smoked and drank himself into a poorly state, he lived to a good age, and it seems had a reasonable life. I am sure he would recognise our present situation as full-scale war, and empathise with our common suffering.

This bio-information war is excruciating and brutal in a way that has no precedent, and leaves unseen wounds that refuse to bleed openly. Its figural weapon is treachery, brought into the heart of the family and community, ripping apart the trust and loving relationships we depend upon for stability. Maybe our hope for human progress is to make the horror speakable sooner and more widely, so that we don’t need to self-harm (yet again) for our pain (however briefly) to go away.

By Martin Geddes December 25, 2021 My father’s father was born in 1899 and took part in WW1. He died in 1974, when I was only three years old. I have a vague recollection of him, especially his smoking of pipe tobacco and the accompanying pipe cleaners I could play with. Apparently that habit —…

By Martin Geddes December 25, 2021 My father’s father was born in 1899 and took part in WW1. He died in 1974, when I was only three years old. I have a vague recollection of him, especially his smoking of pipe tobacco and the accompanying pipe cleaners I could play with. Apparently that habit —…