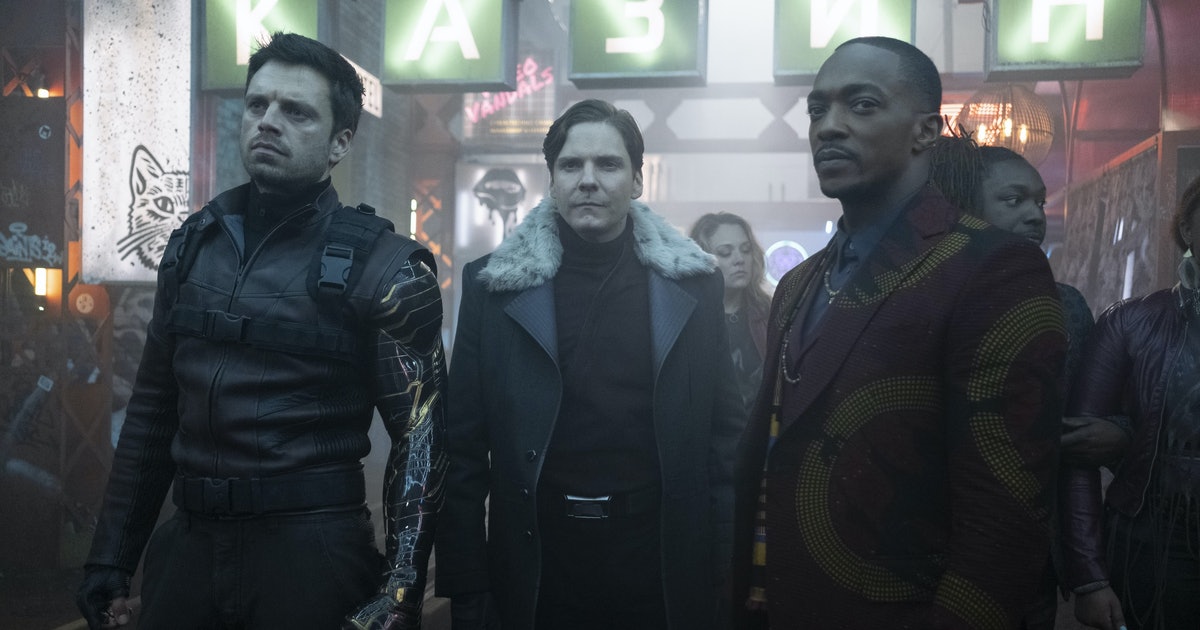 MCU’s most relatable villain stole the dance floor, and the show, in 2021

Baron Zemo may be remembered for his dancing in Madripoor, which led Disney+ to release a one hour “Zemo Cut,” but his role in The Falcon and the Winter Soldier had a much deeper impact on me. Daniel Brühl does exceptionally well playing up the suave bluster of a rich baron, but beneath all that bravado is a man still reeling from the loss of his family at the hands of the Avengers. His dancing stole the show, but he was stealing every scene he appeared in, too.

In “The Whole World is Watching,” Zemo calls out the hero worship that’s rampant in the MCU. “The danger with people like him,” Zemo says, “is that we put them on pedestals. They become symbols. Icons. And then we start to forget about their flaws.” At the time, none of us knew how the MCU would continue this. Now we have, from Rogers! The Musical in Hawkeye to Lady Liberty’s Captain America shield in Spider-Man: No Way Home. Zemo may have been unscrupulous in his efforts to deconstruct the Avengers, but he was never wrong about them.

SCENE STEALERS is a countdown that salutes the unforgettable small-screen characters of the year. Baron Zemo is #8.

For me, Zemo was a scene-stealer because Daniel Brühl understood the pathos of the role. Even humorous moments — like getting information from children with Turkish Delight — were tinged with deeper meaning; Zemo keeps Turkish Delight on hand because his son loved it. Where others might play Baron Zemo in straightforward tones, Brühl gave a nuanced performance that allowed me, and hopefully others, to see his humanity at every turn, providing a counterpoint to the gratuitous hero worship.

Who is Baron Zemo?

In 2014, it was announced Daniel Brühl was cast for the Marvel Cinematic Universe as an unspecified villain. At the time, Brühl was a breakout star for his role in Quentin Tarantino’s Inglourious Basterds, but his consistent work in Germany earned him recognition as the “golden boy of German film.” Brühl debuted in the MCU in Captain America: Civil War in 2016, and in his role as Baron Helmut Zemo came a new layer of man’s relationship to superheroes. In the comics, Zemo is hardly a praiseworthy character, but Brühl elevates him beyond the page.

In an interview with The Hollywood Reporter, Brühl addressed how there is more to him in the MCU than in the comics. “I guess it has become apparent that he is not an evil supervillain; there’s more to him, which we already know from [Captain America: Civil War],” he said. “I understand if people empathize with Zemo, and I would understand if everybody joins Team Zemo by the end.” No matter how scheming and calculating Zemo may be, Brühl knows there’s a human story people relate to.

Zemo is a constant reminder of the real-world ramifications of having super powered individuals fighting battles on Earth. Heroes fly away before cleaning up the mess they leave behind, including the losses of human life. Zemo may not have been present in the universe after Civil War, but what he exposed about the Avengers cast a long and ever-present shadow. While the script certainly played a part in the character’s elevation, it is Brühl who made Zemo so much larger than he ever was. He was the maestro who orchestrates the Avengers’ demise, even if he was not central to the film. In the same way, Zemo is not the focus of The Falcon and the Winter Soldier but Brühl takes what he is given and runs with it, shaping and crafting a character that has gained mass appeal, despite opposing beloved heroes.

With the recent announcement that WandaVision’s Agatha Harkness (Kathryn Hahn) will have her own series, it’s perfectly reasonable to make the case that Baron Zemo should have his own series too—or better yet, a film. Marvel is already laying the groundwork for a Thunderbolts-style team up, with Sharon Carter (Emily VanCamp) as the “Power Broker,” so logically Baron Zemo should be the one leading that team as he did in the comic books. If not the Thunderbolts, there’s always the Masters of Evil, which Zemo has also taken charge of.

As someone who has loved Zemo since Civil War, I was thrilled to see fans finally coming around to him and his perspective. His role is indicative of a shift in pop culture’s relationship with superheroes. Other shows like The Boys and Invincible have revealed the dark side of superheroism, which only proves the thesis of Zemo’s motivations in the MCU. He is a real and relatable example of those hurt by the people we place on a pedestal, immune from scrutiny or oversight. That’s true for the MCU itself. I have a love-hate relationship with Marvel as a whole. There is so much I love, but equally I am fatigued by the pedestal the MCU is placed on and the way that fans refuse criticism, even in mildest terms. Zemo stands as a symbol of challenging the status quo and putting pressure on our heroes to actually be heroes.

Everywhere the Avengers go, they leave behind people to pick up the pieces of ruined lives. In Zemo’s case, he had the means and skill to enact a justified act of revenge against the people that destroyed not just his family, but his people. He resents those who fly in the sky on behalf of those who are here, stuck on the ground.

The Falcon and the Winter Soldier is streaming now on Disney+.

Baron Zemo may be remembered for his dancing in Madripoor, which led Disney+ to release a one hour “Zemo Cut,” but his role in The Falcon and the Winter Soldier had a much deeper impact on me. Daniel Brühl does exceptionally well playing up the suave bluster of a rich baron, but beneath all that…

Baron Zemo may be remembered for his dancing in Madripoor, which led Disney+ to release a one hour “Zemo Cut,” but his role in The Falcon and the Winter Soldier had a much deeper impact on me. Daniel Brühl does exceptionally well playing up the suave bluster of a rich baron, but beneath all that…