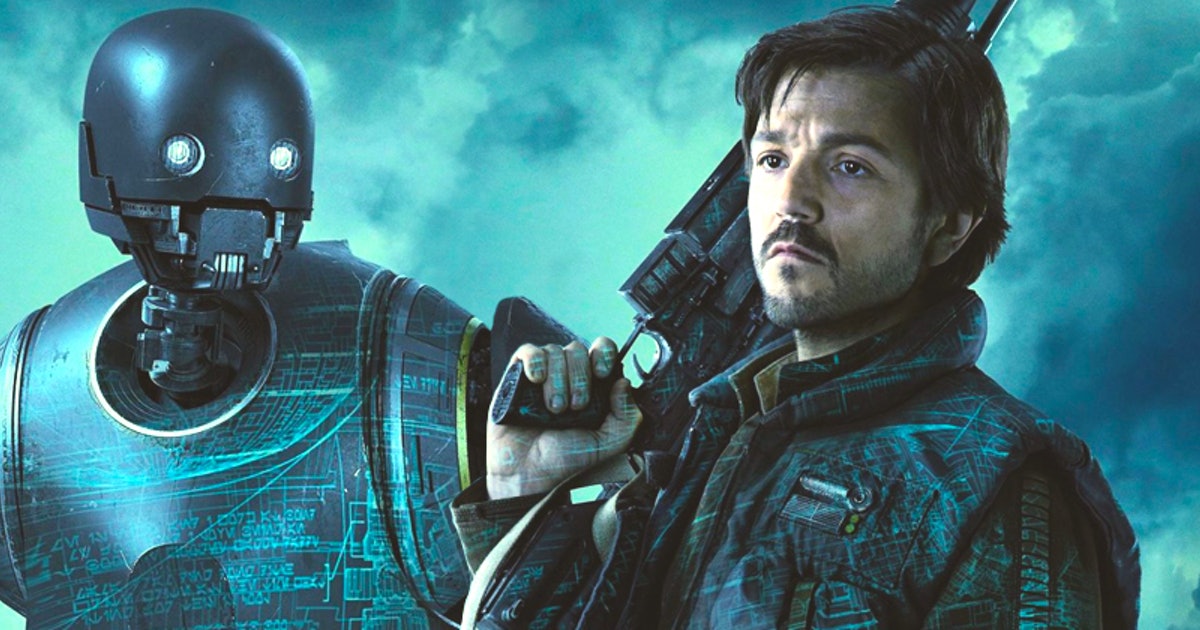 Disney and Lucasfilm have made the most of the Star Wars franchise by bringing new stories to Disney+. While fans of The Mandalorian are waiting on Season 3, the folks over at Lucasfilm are also busy developing the Rogue One: A Star Wars Story prequel series about Cassian Andor. Diego Luna is set to reprise his role as the Rebel spy. It’s been confirmed that the Disney+ show will bring back a host of memorable Rogue One characters alongside new faces.

The still-untitled project was announced in late 2018, with the series being written by The Americans’ scribes Stephen Schiff and Rogue One co-writer Tony Gilroy, who will also serve as showrunner and director, though how many episodes he’s set to direct remains unclear. Joining the writing staff is Gilroy’s brother, Nightcrawler’s Dan Gilroy, and House of Cards creator Beau Willimon.

There have been plenty of updates about the Andor series lately, so we’ve compiled everything we know so far about the Disney+ show’s release date, cast, plot, and more.

When is the Andor series release date?

Andor will release in mid-to late-2022. An exact release date has yet to be confirmed, though that probably depends on the premieres for other Star Wars series like The Book of Boba Fett, Obi-Wan, and The Mandalorian season 3. The series was initially expected to air in 2021, but had to be pushed back due to production delays from the COVID-19 pandemic.

How many episodes will Andor have?

Andor is slated to have 12 episodes. That is three more than a typical season of The Mandalorian.

What is the plot of Andor?

There isn’t much to know about the plot right now. However, per Techradar, the show is set five years prior to Rogue One, which followed a ragtag crew on a mission to steal the Death Star plans, ultimately leading right up to the beginning of A New Hope. That’s plenty of time for Cassian to have his solo adventures before he’s unfortunately killed off at the end of Rogue One.

Considering the show is set before Rogue One, it’s likely to follow the rebel spy at the height of the Galactic Empire’s rule and the beginning of the rebellion. The Disney+ series has been described as a spy thriller with a lot of espionage-related missions, so we might be getting an adventure-of-the-week series similar to the midsection of The Mandalorian’s first season.

Who’s in the cast of the Cassian Andor series?

Obviously, Diego Luna is back. When the series was announced, Luna expressed his excitement at returning to the Star Wars universe as Cassian.

“Going back to the Star Wars universe is very special for me,” he said. “I have so many memories of the great work we did together and the relationships I made throughout the journey. We have a fantastic adventure ahead of us, and this new exciting format will give us the chance to explore this character more deeply.”

Luna will be joined by fellow Rogue One cast member Forest Whitaker, who reprises his role as Clone Wars veteran Saw Gerrera. Genevieve O’Reilly will return to her role as Rebellion leader Mon Mothma, which originated in Revenge of the Sith.

Andor will feature many new faces to Star Wars, though no roles have been announced. The actors include Stellan Skarsgård, Adria Arjona, Fiona Shaw, Denise Gough, and Kyle Soller.

No one else has been confirmed to appear, but Scanlan suggested (via MovieWeb) that the Disney+ series might include already created, but unused, characters from previous Star Wars projects:

“We also have this backlog of characters. A lot of the characters that we built for all of the films either didn’t make it to the final cut, because that’s just the way that the film process happens, or that they are seen so momentarily that there is this wonderful second opportunity to bring back some of the characters that we’ve made and bring them to this new storyline in a more, shall we say, integrated way.”

Make of that what you will.

Is there a trailer for Andor?

No, there’s currently no trailer for Andor. Stay tuned.

What can you watch while waiting for the series?

Watching (or rewatching) Rogue One would be a great refresher on everything that happened to Cassian before delving into his history in the Disney+ series. The Mandalorian is also a fun watch. While the Star Wars series covers the era following Return of the Jedi, there’s a chance that The Mandalorian will likely connect right back to Andor.

Disney and Lucasfilm have made the most of the Star Wars franchise by bringing new stories to Disney+. While fans of The Mandalorian are waiting on Season 3, the folks over at Lucasfilm are also busy developing the Rogue One: A Star Wars Story prequel series about Cassian Andor. Diego Luna is set to reprise…

Disney and Lucasfilm have made the most of the Star Wars franchise by bringing new stories to Disney+. While fans of The Mandalorian are waiting on Season 3, the folks over at Lucasfilm are also busy developing the Rogue One: A Star Wars Story prequel series about Cassian Andor. Diego Luna is set to reprise…