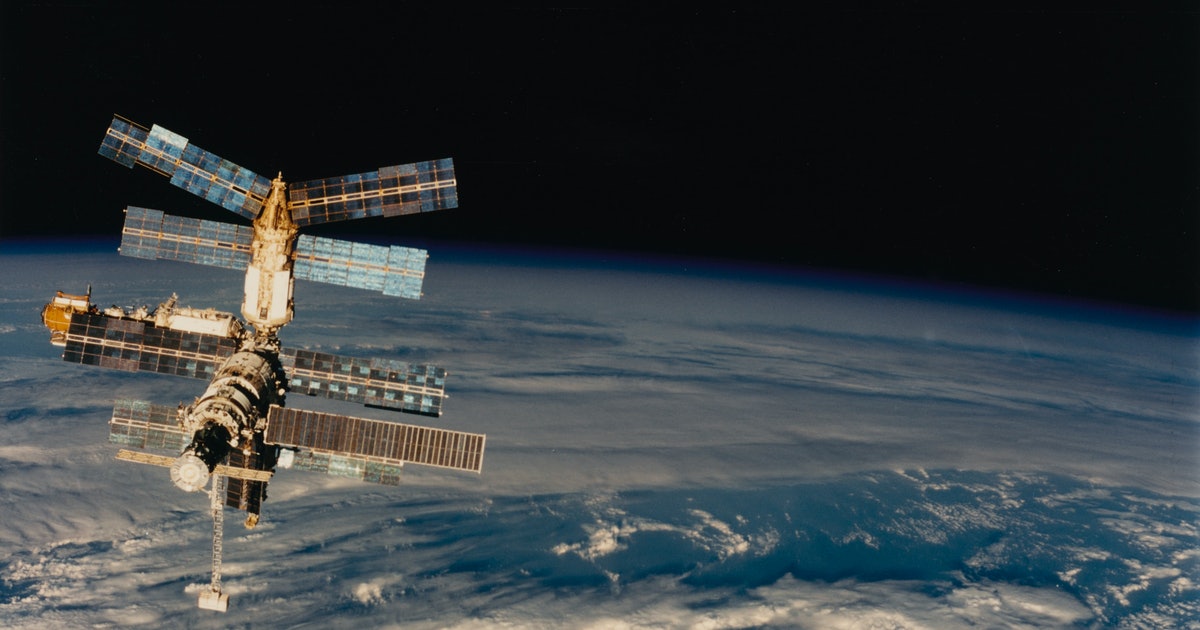 30 years ago, the fall of the USSR stranded a cosmonaut in space

It’s a familiar experience for many people in the northern hemisphere in December: Walking into school or work in the morning only to walk out again, hours later, under the emerging stars and set or setting Sun.

But whatever your experience with the world-changing while at work — and that feeling of dislocation and familiarity, maybe a little depression — you’ve got nothing on cosmonaut Sergei Krikalev.

Krikalev went to work on the Mir space station on May 18, 1991 and didn’t come home until March 1992. He went to work as a Soviet, and returned as a Russian — because, on December 26, 1991, the Soviet Union dissolved and Krikalev became a cosmonaut without a country.

Going to work for the long shift— Krikalev, fellow cosmonaut Anatoly Artsebarsky, and British astronaut Helen Sharman climbed into their Soyuz capsule at the Baikonur Cosmodrome in Kazakhstan on May 18, 1991. At the time, Kazakhstan was still one of the “Soviet Socialist Republics.”

The sky-bound cosmonauts and their astronaut guest had things other than politics on their minds. Their mission was the same as it is for most cosmonauts and astronauts aboard space stations: maintenance.

“Cosmonauts, as astronauts, are generalists, and they’re there to tend to scientific experiments,” National Air and Space Museum curator of space history Cathleen Lewis tells Inverse. They’re there to make sure experiments run, that the space station runs, and that their own bodies run — working out four hours a day to mitigate bone and muscle loss in microgravity.

Krikalev’s days in the spring of 1991 were filled with exercise and conducting multiple EVAs to service the Mir space station. He had trained for, and planned on, staying aboard Mir for five months before returning to the Soviet Union and his native Leningrad. He would wind up staying in space for almost a year, returning to the new Russian Federation and a city returned to its name before the Bolshevik revolution, St. Petersburg.

Empires fall slowly, then suddenly — The dissolution of the Soviet Union was not something anyone predicted, Lewis says. “Everything happens much like F. Scott Fitzgerald described going broke,” she says, “‘Gradually, and then suddenly.”

In 1987, President Mikhail Gorbachev, then the Soviet Communist Party General Secretary, introduced a wide-ranging set of democratic and economic reforms that functioned, in part, to loosen the control of the Communist party over constituent nations in the USSR, including Baltic states such as Estonia and Latvia — and Kazakh Soviet Socialist Republic.

While Gorbachev was pulling back, those nations were pulling away. There were riots in 1986 when Moscow replaced the leader of the Kazakh communist party, and the Kazakhs took advantage of lessening central political control to declare their nation a sovereign republic within the USSR in October 1990.

Hardline members of the Communist Party of the Soviet Union, dismayed at Gorbachev’s efforts at reform (which included creating the office of president and his election to the post in 1990), would stage a failed coup in August 1991.

Though Gorbachev retained power, the country was economically and politically weakened, and by December, the republics began to splinter into the Commonwealth of Independent States, an effort spearheaded by Belarus, Ukraine, and Russia, and signed by nine other former republics.

Then, on Christmas Day 1991, Gorbachev resigned as president of the Soviet Union, which effectively dissolved it altogether.

How he came to stay — Before the August coup, before the fall of the Communist Party in Moscow, Gorbachev and his party tried to keep the USSR together. If he wasn’t going to roll in the tanks, that meant finding some carrots to dangle for nations such as the Kazakh Soviet Socialist Republic.

Over the summer, Krikalev — who had spent 151 days aboard a previous Mir mission from 1988 to 1989 — was informed that the experienced cosmonaut that had been scheduled to relieve him had been bumped in favor of a less experienced Kazakh cosmonaut. He would have to hang on longer than his five months, end date TBD, for the sake of his country.

Krikalev was less concerned with the political implications of this, Lewis says, than its implications for him personally. “He was more concerned about prolonging his mission and the impact that would have on his physical health,” she says. Bone and muscle mass deteriorate with time in space, and “he had trained for five months; he had not trained for a year-long mission.”

Other cosmonauts would come and go over the next few months, but Krikalev would remain. Even after the fall of his country’s government. Even though the was a Soyuz lifeboat he and fellow cosmonaut Aleksandr Volkov, who was with Krikalev on December 26, could have taken home if they wished.

But that would have meant leaving the Mir without a crew.

“They were pledged to maintaining occupancy of the Mir, and it was continuously occupied for over 80 percent of the time that it was in orbit,” Lewis says. “The USSR had learned its lesson about leaving the station unattended in the experience of the Salyut-7 space station.”

Left unoccupied, the Salyut-7 station malfunctioned and started tumbling out of control in 1985, threatening to make an uncontrolled re-entry that could have harmed people on the ground. A crew of cosmonauts was able to bring the station under control, and the Soviet space program was quite cognizant of the role the human element had played in averting disaster.

Workers on the job above and below — The commitment of the people in the Soviet space program, both to preserving Mir and the space program as a whole, regardless of their government, was essential to keeping Krikalev alive and relatively well, even if he had to fly far longer than he had bargained for.

“These people were still on the job, very dedicated to it,” Lewis says. Whatever successor state would arise in place of the former Soviet Union, “they recognized the need for the national prestige, to maintain the space station.”

These were also very smart, highly educated people dedicated to working in space, Lewis adds. They had advanced degrees and were passionate about their work, even if they had been unable to make a real living doing it in years. In the late years of the USSR, she says, you could always get a ride from a pirate taxi, a pre-capitalist Uber, in Moscow, “and the likelihood would be that somebody with a Ph.D. in physics would be driving that car to make ends meet.”

So Krikalev was hardly stranded alone and without contacts with the ground, even if they kept telling him they could not relieve him just yet.

He also had use of a pocket radio, a data sending radio device that he used to communicate with amateur radio enthusiasts around the globe, Lewis says. So while Krikalev may not have seen the fall of the USSR anymore than other observers, he may have been one of the better informed of its former citizens in the days and weeks following Gorbachev’s speech resigning the presidency.

“That was a level of access with the ground, and with the broader community in the West and Australia, that previous cosmonauts had not had,” Lewis says.

Krikalev’s next life — Finally relieved from duty, Krikalev returned to Earth in March 1992 a severely weakened man needing assistance to walk on the snow-covered soil of the Republic of Kazakhstan after 311 days aboard the Mir space station.

One might think that such an ordeal would lead a person to swear off space for good, but Krikalev would go on to more than double his time in space. He would fly on multiple space shuttle missions through the 1990s, representing the newly formed Russian Federation, and would serve as commander of the International Space Station in 2005. In 2007, Krikalev was named director of human spaceflight at the Russian state space agency, Roscosmos, a post he still holds.

Krikalev is now 63, though “he still lives with infirmities” from his time in space, Lewis says. “He has to have his bone density checked.” But his legacy endures.

It’s a familiar experience for many people in the northern hemisphere in December: Walking into school or work in the morning only to walk out again, hours later, under the emerging stars and set or setting Sun. But whatever your experience with the world-changing while at work — and that feeling of dislocation and familiarity,…

It’s a familiar experience for many people in the northern hemisphere in December: Walking into school or work in the morning only to walk out again, hours later, under the emerging stars and set or setting Sun. But whatever your experience with the world-changing while at work — and that feeling of dislocation and familiarity,…