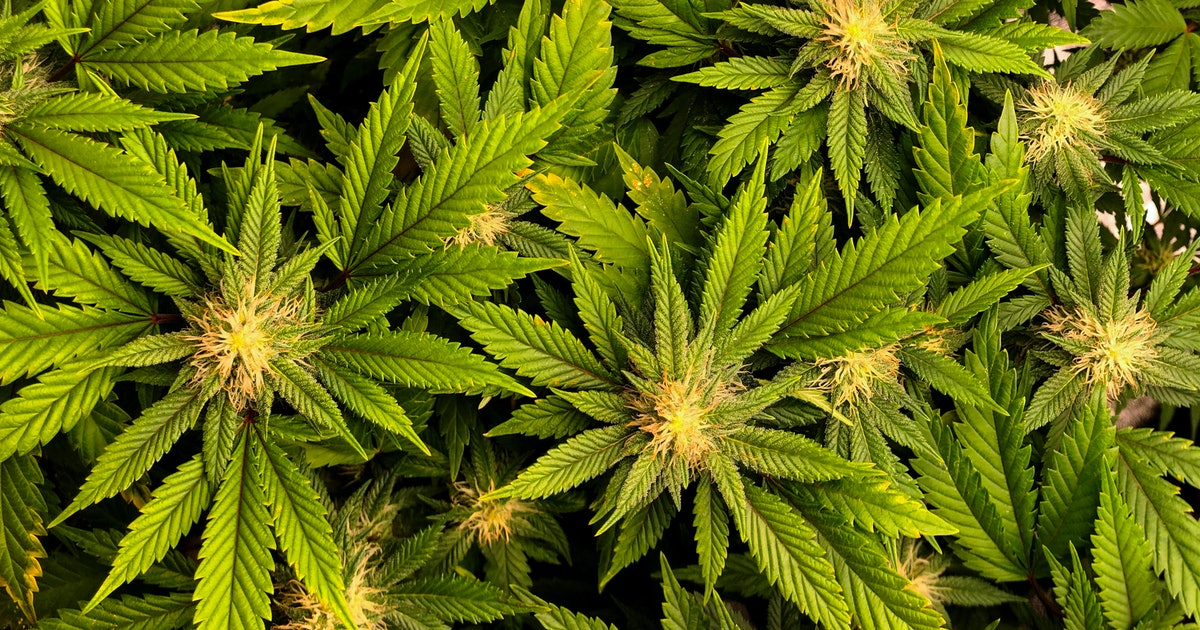 Why does weed smell? The answer might not be what you think

Cannabis is second only to alcohol in the popular psychotropic drug contest. About 48 million Americans — 18 percent of the population — indulged in cannabis in 2019, and usage is likely to soar as more states legalize it for recreational use. The more people who smoke, the more its unmistakable aroma will greet your nostrils. And now scientists think they know why the controversial plant has such a signature “skunky” scent.

A study published earlier this year in the American Chemical Society reveals a family of chemical compounds are likely responsible for the distinctive pong of marijuana. The findings offer a new way to consider not just the chemical origins of cannabis’ particular scent, but also a way to examine its untapped health benefits.

Why does cannabis smell?

Most of the science exploring cannabis’ stink focuses on a class of secondary compounds in the plant known as terpenes or “terps.” These compounds come from the plant’s trichomes — stalky appendages on the surface of the cannabis flower. Cannabis sativa has more than 200 known compounds or metabolites associated with scent. Terpenes are different from cannabis’ primary compounds, like cannabinoids.

Terpenes can be found in many other types of plants besides weed. They play an important biological role in attracting beneficial animals to plants or repelling harmful predators.

In cannabis, terpenes are most known for producing the plant’s unique smells, which range from woody and earthy to citrusy and sweet depending on the strain. Some cannabis users can even distinguish between the distinct smells of different strains, according to research.

It was thought terpenes were the major players in cannabis’ distinctive smells. This is because other primary compounds like the cannabinoid THC — which gives users the potent “high” associated with cannabis — are actually odorless. The idea that a higher THC concentration means skunkier-smelling weed is a myth: THC doesn’t necessarily affect the smell of the cannabis, and compounds with strong odors are found in plants with lower THC concentrations.

But the 2021 study challenges the conventional wisdom by looking beyond terpenes to identify a whole new class of compounds responsible for cannabis smells — including its skunky scent.

The researchers in the 2021 study analyzed and identified a new class of compounds, known as volatile sulfur compounds (VSCs), in cannabis sativa. Some of the compounds the scientists discovered have never been previously identified in nature.

The VSCs contain a functional chemical group — 3-methylbut-2-en-1-yl — that produces the signature skunk stench. The greater the levels of VSCs in a plant, the more potent the stench, the researchers find.

One particular VSC, known as VSC3, is especially associated with cannabis stench, producing “intense, sulfuric, skunky aroma even in extremely dilute concentrations,” according to the research. Interestingly, VSC3 has also been previously identified in beer.

The researchers conducted smell tests, which “confirm that VSC3 is the primary source of the characteristic scent of cannabis, while the remaining compounds VSC4– VSC7 may further intensify or modulate this aroma.”

What does cannabis smell mean?

The researchers on the 2021 paper suspect VSCs might be responsible for cannabis scent due to their association with pungent smells in other plants like durian, hops, and garlic.

“These compounds contribute to garlic’s aroma, flavor, and possible health benefits,” they add. Garlic’s health benefits include anti-carcinogenic properties, as well as protection against colorectal cancer, and better cardiovascular health.

There are, however, potential health risks to do with cannabis smell. Inhalation and consumption of cannabis are linked to asthma and allergies, which experts speculate may increase as legalization takes off in the US and abroad.

How does age affect cannabis smell?

The researchers also confirmed what many regular cannabis users already likely know: Time can affect the potency of cannabis smell. In other words, they seem similar to typically pungent spices in that the odor has a shelf-life.

The researchers write that cannabis “samples with older product ages tend to have lower VSC concentrations.”

The researchers also measured the concentrations of VSCs in cannabis throughout and after the growing process. The scientists didn’t detect any VSCs until the seventh week of growing — at that point, VSCs began to rapidly increase.

According to the scientists: “The rapid increase of VSCs was concomitant with an intense rise in the pungency of the skunk-like aroma of the flowers.”

After the tenth week of growing, when cannabis flowers emerge, the scientists cut, cured, and dried the cannabis for 11 days. The concentration of VSCs — and the potency of the skunk smell — dropped significantly 10 days after the curing process, showing how cannabis smell weakens with time.

The scientists found that the concentration of VSCs — and, therefore, the associated smell — can be preserved even in older cannabis samples. In the study, the cannabis product was packaged in a plastic jar with a heat-sealed airtight aluminum film, suggesting an association between the airtight packaging and the level of VSCs.

The researchers speculate the airtight container locked in VSCs better than samples contained in standard zipper-lock plastic bags. However, previous studies didn’t find a significant effect of zipper-lock bags on the concentration of cannabis odors, so the jury’s still out on this one.

The Inverse analysis — The new study’s findings are significant for the potential health benefits associated with cannabis odors. But a better understanding of cannabis smell works will also help us get ahead of bigger, stinkier issues.

In Colorado, where recreational use of cannabis has been legal since 2012, reports have been emerging in recent years about complaints related to cannabis smells. The Denver Department of Environmental Health even created a “Nasal Ranger” position, which involves measuring detectable levels of odors from weed, among other things. (The acceptable level is one unit of odor per every seven units of air, in case you were wondering).

Not everyone loves the smell of weed, after all — no matter its benefits.

Cannabis is second only to alcohol in the popular psychotropic drug contest. About 48 million Americans — 18 percent of the population — indulged in cannabis in 2019, and usage is likely to soar as more states legalize it for recreational use. The more people who smoke, the more its unmistakable aroma will greet your…

Cannabis is second only to alcohol in the popular psychotropic drug contest. About 48 million Americans — 18 percent of the population — indulged in cannabis in 2019, and usage is likely to soar as more states legalize it for recreational use. The more people who smoke, the more its unmistakable aroma will greet your…

Quiz: Can you guess these 10 video games from their AI-generated cover art?

Revealed: A beautiful connection between birds’ appearances and their behavior