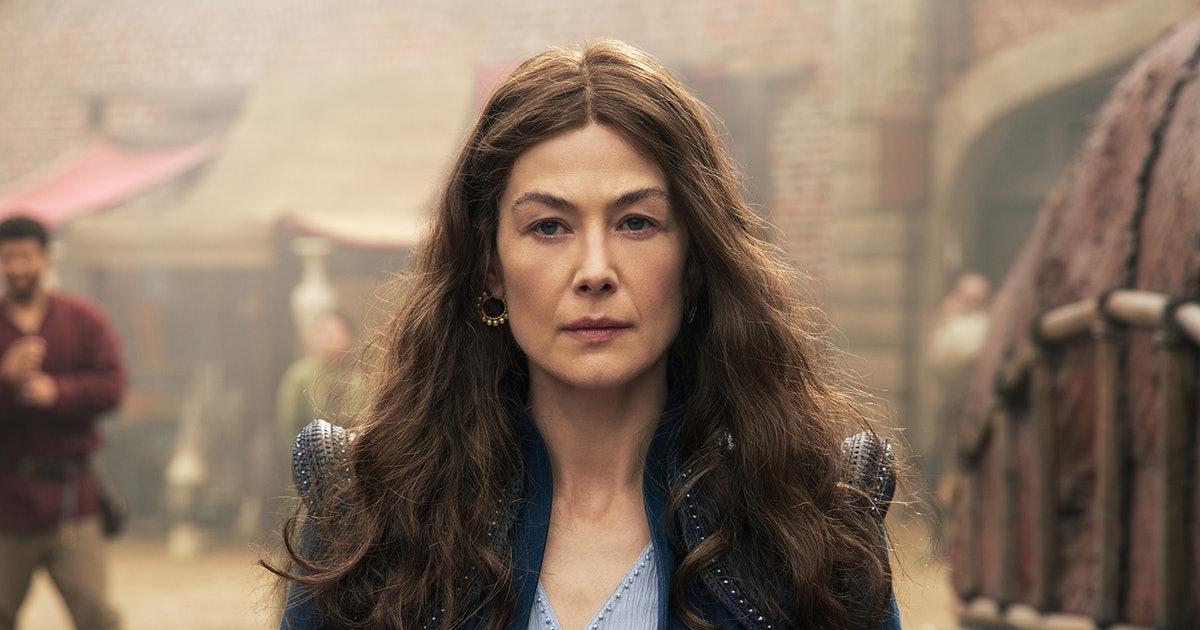 With only eight episodes, Amazon’s adaptation of Robert Jordan’s Wheel of Time series has done quick work scaling The Eye of the World, the vast first installment of this saga. What the show’s creator Rafe Judkins has accomplished in just the first season is remarkable, and it only makes sense that viewers are excited to see what’s next in Season 2.

For most of the first season, the series has followed an Aes Sedai named Moiraine and her Warder Lan as they take five young people onto an incredible but dangerous journey. Rand, Mat, Egwene, Perrin, and Nynaeve are all linked to being the possible Dragon Reborn, a person who will either save or destroy the world.

As Season 1 unfolded, viewers saw more of The Wheel of Time’s world and met new characters. But that was just the beginning. There is a lot more in store for Amazon’s fantasy epic. Here’s everything we know about The Wheel of Time Season 2.

Major spoilers for The Wheel of Time Season 1 ahead.

Is The Wheel of Time Season 2 confirmed?

The good news is Amazon Studios announced The Wheel of Time’s second season before the series premiere in November 2021. The same month, the studio also confirmed the series had already completed half of its filming as of late November 2021. A few weeks after its first season premiere, The Wheel of Time was the “…most-watched series premiere of the year and one of the top five series launches of all time for Prime Video.”

What is The Wheel of Time Season 2 release date?

While Season 2 has yet to announce a release date, a 2022 premiere seems all but certain with the timing of the principal filmmaking. If The Wheel of Time was already halfway through production in November 2021, it does appear on track to premiere in late 2022.

Where can I watch The Wheel of Time Season 2?

The Wheel of Time exclusively streams on Amazon’s streaming service, Prime Video. Only subscribers to Amazon Prime can watch the series.

Who will be in The Wheel of Time Season 2 cast?

Almost all of The Wheel of Time’s main cast members will be returning for Season 2, including:

Recurring cast members such as Sophie Okonedo as Siuan, Kate Fleetwood as Liandrin, and Kae Alexander as Min will likely appear in Season 2. New faces joining the cast include Natasha O’Keeffe (Peaky Blinders) and Meera Syal (Broadchurch) as undisclosed characters.

However, the biggest change facing Season 2 of Wheel of Time isn’t a new character or a challenging storyline but a recasting of what now is a familiar character. Despite delivering a solid performance as many readers’ favorite character Mat Cauthon, Amazon announced actor Barney Harris would not be returning for the second season. The announcement was made before the first season premiere. Creatives behind and in front of the camera have been mum on the reason behind the recasting. In Harris’ place steps The Witcher star, Dónal Finn.

The most significant addition, aside from Finn, is Ceara Coveney, who will debut as fan-favorite Elayne Trakand, whose path aligns strongly with Rand’s. Fans of the books might’ve been surprised when she didn’t appear in the first season as she’s introduced in the first book, The Eye of the World.

What is The Wheel of Time Season 2 plot?

As the penultimate episode reveals, the Dragon Reborn is Rand. As foretold in the seventh episode’s flashback sequence of a redheaded, pregnant warrior amid battle, his mysterious lineage will further be revealed as the series moves forward. The rest of the Two Rivers Ta’veren (those who directly affect the threads of time) will have to grapple with their place as characters. Egwene and Nynaeve must face hurdles about whether they should pursue learning how to become Aes Sedai at The White Tower.

The tail-end of the first season makes it that the showrunner is deliberately piecing together moments from different books to help the narrative flow.

However, these changes will directly affect how and what they take from the second book, The Great Hunt, to build the second season. While Rand grappling with his place as the Dragon Reborn should play out regardless of changes, Mat (even with a new face) will be able to further link himself with history through his inability to keep his hands off of classical artifacts.

The storylines of Egwene, Nynaeve, and Elayne may be altered if not completely rewritten. In the novel, they travel to the White Tower to study to become Aes Sedai, which could be placed on the backburner or not deemed necessary, especially if the show moves Lan and Nynaeve’s relationship to the forefront of the narrative.

Similarly, it will be curious to see if they even approach the idea of Egwene’s capture by the Seanchan, which leads to her being controlled and held captive as a woman who can channel. It’s one of the elements of the books that has not aged well, and if the show were to adopt it, as it takes up a decent amount of the storyline, it would be interesting to see how delicately they tell her story.

Is there a trailer for The Wheel of Time Season 2?

Amazon has not released a trailer for Season 2 of The Wheel of Time yet. We will update this article when a new trailer debuts.

The Wheel of Time Season 2 is coming soon to Amazon Prime Video.

With only eight episodes, Amazon’s adaptation of Robert Jordan’s Wheel of Time series has done quick work scaling The Eye of the World, the vast first installment of this saga. What the show’s creator Rafe Judkins has accomplished in just the first season is remarkable, and it only makes sense that viewers are excited to…

With only eight episodes, Amazon’s adaptation of Robert Jordan’s Wheel of Time series has done quick work scaling The Eye of the World, the vast first installment of this saga. What the show’s creator Rafe Judkins has accomplished in just the first season is remarkable, and it only makes sense that viewers are excited to…