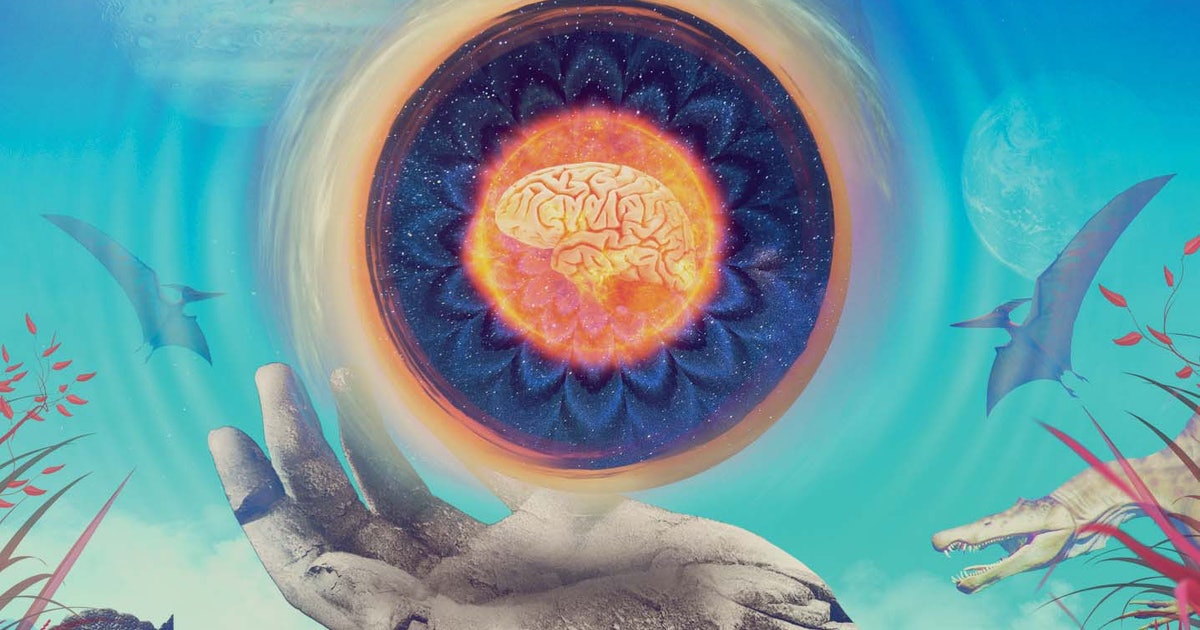 These discoveries will make you say “WTF”

What is the scientific discovery or moment you can’t stop obsessing over from the last year? I know I have been harping on about the James Webb Space Telescope (so close!), but in truth, there have been so many times in 2021 when I have just had to stop, sit back, and marvel at all the secrets the universe lets slip every now and then.

Today to celebrate the end of the year and the advent of 2022, we present our annual countdown of scientific discoveries from 2021 that made us exclaim “WTF?” Check out the list here and check back in over the next few days for more top picks.

I’m Claire Cameron, an editor at Inverse. Please note that this will be the last Inverse Daily of 2021 — we’ll be back in January, when the James Webb Space Telescope is zooming on its way to Lagrange Point 2 (maybe?). Have a happy and peaceful Hogmanay!

This is an adapted version of the Inverse Daily newsletter for Friday, December 24, 2021. Subscribe for free and earn rewards for reading every day in your inbox. ✉️

The genetic roots of a Neolithic-era family run deep, but some members didn’t need to be blood relatives to be accepted.

Researchers writing in the journal Nature chronicled the family tree of 35 individuals who lived 5,700 years ago. They were buried at Hazleton North, an elongated tomb in modern-day England.

Twentyseven of the individuals in the tomb were from the same genetic line spanning five generations. The first generation began with four females and one male, suggesting that the society was polygamous.

And there were four male members of the family that only had their mothers buried in the tomb. The remaining eight individuals did not have either of their parents nearby. The authors hypothesize that there may have been an aspect of kinship extended to these unrelated members.

See it for yourself.

A new study suggests Earth and Mars formed from colliding material in the inner Solar System, which could shape planetary formation theories.

Using meteorites that have traveled from Mars and crash-landed on Earth, a team of scientists has come up with the origin story of these two budding planets. Their findings contradict a previous hypothesis, suggesting that Earth and Mars formed from materials that collided with one another from the inner Solar System.

Christoph Burkhardt, a researcher at the University of Münster in Germany and lead author of the new study, studied meteorites for several years before his focus shifted to Mars.

“So we focused first on Mars because there wasn’t a lot of data, but then we realized that it has big implications for planetary formation in general,” Burkhardt tells Inverse.

Examinations of human, Neanderthal, and Denisovan DNA reveal that our species were quite similar — and indeed that we bred with each other. As little as 1.5 percent of the modern human genome may be distinct from two other, more ancient, human species, according to a paper published earlier this year in the journal Science Advances.

In comparing the modern human genome with that of the Neanderthals and Denisovans, four findings stand out:

Read this next: Planet 9: Is Earth’s long-lost twin lurking in the outer Solar System?

Astronomers know very little about these rebellious worlds, but a recent discovery may help them learn more about free-floating planets. Using data from several telescopes worldwide, a team of astronomers discovered at least 70 rogue planets in the Milky Way, marking the largest group of rogue planets ever found.

Rogue planets, also known as free-floating, nomad, or orphan planets, wander the cosmos without orbiting a star. In October 2020, astronomers discovered an Earth-sized rogue world in the galaxy, and some scientists believe these planets could even be capable of hosting life, despite all odds.

There may be plenty of rogue planets in the Milky Way, but those nomadic planets are hard to find since they emit virtually no light and don’t transit in front of a star from our view on Earth — so astronomers turned to a different method…

Read all about it.

What is the scientific discovery or moment you can’t stop obsessing over from the last year? I know I have been harping on about the James Webb Space Telescope (so close!), but in truth, there have been so many times in 2021 when I have just had to stop, sit back, and marvel at all…

What is the scientific discovery or moment you can’t stop obsessing over from the last year? I know I have been harping on about the James Webb Space Telescope (so close!), but in truth, there have been so many times in 2021 when I have just had to stop, sit back, and marvel at all…

Quiz: Can you guess these 10 video games from their AI-generated cover art?

Revealed: A beautiful connection between birds’ appearances and their behavior