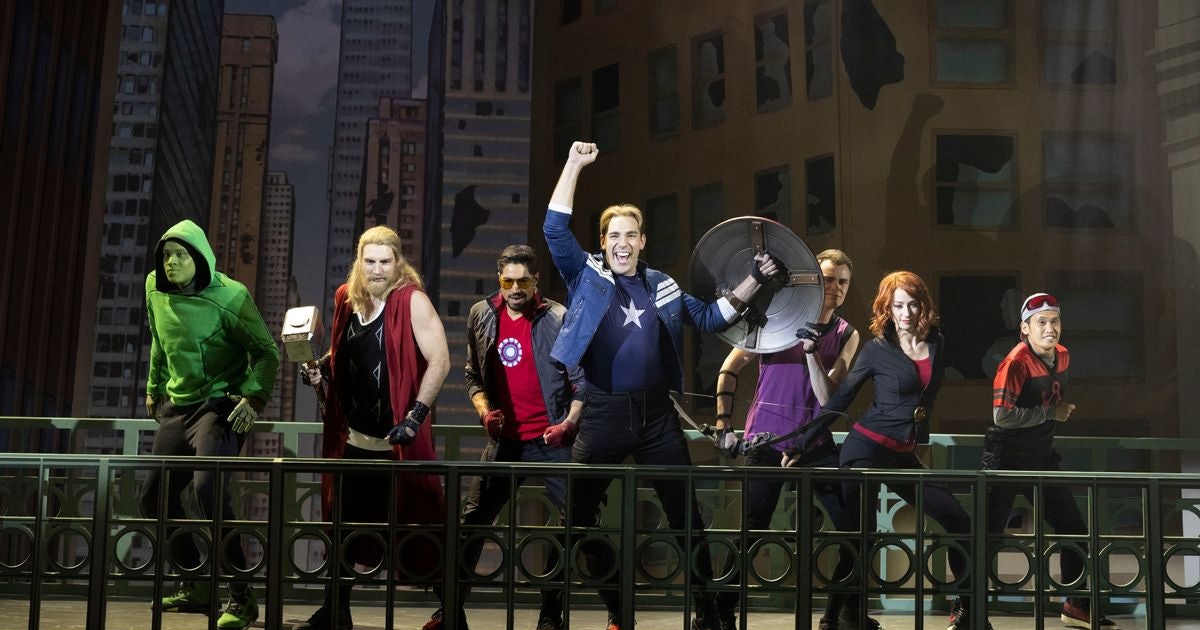 But the question we aren’t asking is the biggest one “Save the City” left unanswered: how the hell did the fictional writers of Rogers: The Musical know just what went down during the Battle of New York? Unlike us, they can’t sit down and watch The Avengers. So how did those quotes get out? Here are three theories.

Quotes like “I could do this all day” are sort of secret catchphrases. Steve Rogers says it multiple times, but each time it’s during close combat, not a situation that’s on the record. A theory by Redditor hockeytalkie suggests the bully he dealt with in his pre-Serum days came forward with the phrase, or even that Baron Zemo filmed his fight with Iron Man.

Those theories explain Steve’s quote, but neither explains how Iron Man’s post-battle shawarma craving worked its way into the lyrics (“and get shawarma when we’re done”). Who stuck around to overhear that while everyone was fleeing during the Battle of New York?

The obvious answer is that a big personality like Tony Stark approached the press after the battle and gave an oral history of what went down, including Steve’s catchphrase and Tony’s dinner treat. It’s not difficult to imagine him telling the story to a magazine or on a late-night show.

2. Rogers: The Musical was a long time coming

The second theory about how the creators of Rogers: The Musical could know all these secrets relies on the musical’s real-world counterpart, Hamilton. Lin-Manuel Miranda started work on Hamilton years before its workshop debut in 2009. Before production, Miranda did copious amounts of research in order to include verbatim quotes from Hamilton’s life. What if the minds behind Rogers: The Musical took the same measures?

Maybe Rogers: The Musical was being researched years before the events of Endgame. During those hazy Blip years Steve and the other Avengers could have been extensively interviewed about his role in the Battle of New York, making the musical an oral history as much as it is a work of theater (albeit not a very accurate one).

This one is a bit out there, but follow along. What if the entire Marvel Cinematic Universe is nothing but biopics of the actual Avengers, who look nothing like the ones we see on screen? To the people of the MCU, Marvel movies exist not just as blockbusters, but as matters of historical record. We make countless movies about recent historical events less important than battles against aliens, so why wouldn’t the Hollywood of the MCU be pumping them out?

Regardless of how you explain it, the finest moments from the first big team up MCU movie are now part of an earworm, and that’s worth it no matter the plot hole.

Hawkeye is now streaming on Disney+.