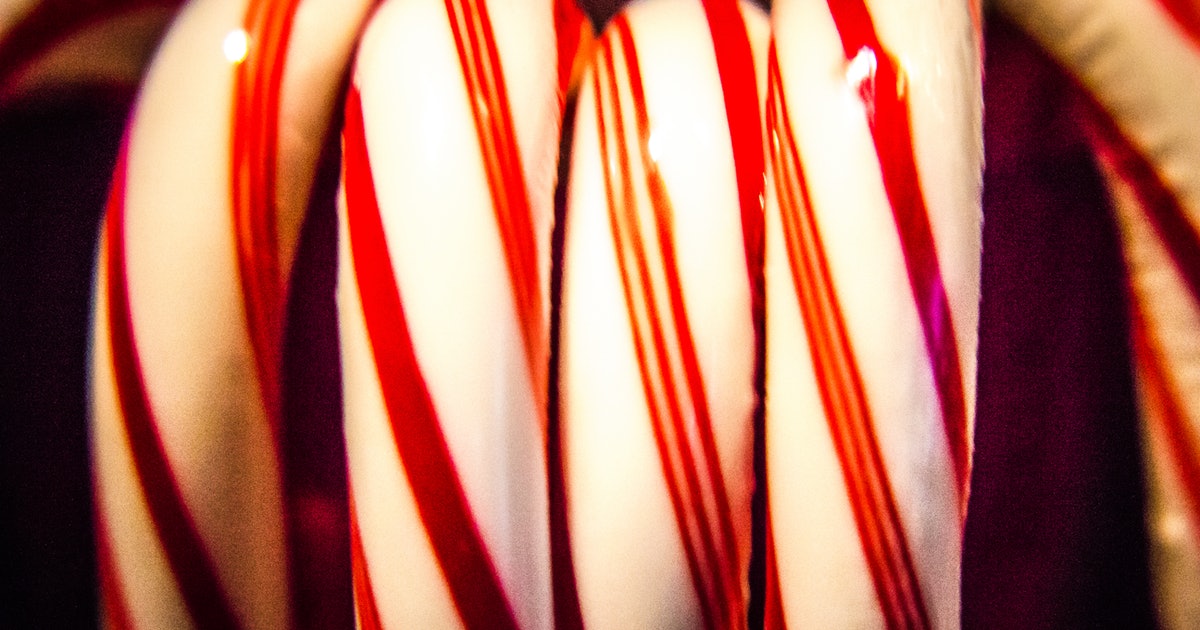 4 facts that make candy canes the most fascinating Christmas treat

Candy canes are an iconic symbol of Christmas. Their red and white stripes adorn trees and homes during the holidays while their minty flavor delights taste buds.

According to the National Confectionery Association, a U.S.-based group that advocates for the confectionery industry, candy canes are the No. 1 selling non-chocolate candy in the month of December — 90 percent are sold between U.S. Thanksgiving and Christmas.

But how did this beloved holiday treat become associated with Christmas? Not to mention why do candy canes make your mouth feel cold? As someone who has researched chocolate and confectioneries, I thought it fitting to answer some important candy questions this holiday season.

4. No one is sure where candy canes originated

There’s some mystery surrounding the origins of candy canes because there are no exact records of their invention. One well-regarded story suggests that in 1670, a choirmaster in Cologne, Germany, gave out sugar sticks to the children as a way to soothe them during the long nativity ceremony.

The choirmaster asked a local candy maker for the sugar sticks to be turned into a hook so they resemble the shape of a shepherd’s staff. Shepherds are common symbols in the Christian faith and can be seen in the Christian story of the birth of Christ.

An alternative theory suggests the hook was invented simply to make the candy sticks easier to hang on Christmas trees.

These, however, are folktales with little evidence to back them up. The first documented case of candy canes occurred in 1847 when a German-Swedish immigrant named August Imgard of Wooster, Ohio, decorated a small blue spruce tree with the candy.

3. Their flavor was originally concocted as a medicine

Even the iconic flavor of candy canes is full of mystery as no one knows who first created peppermint confections.

Peppermint is a strong-smelling hybrid plant, a cross between a watermint and spearmint. Peppermint is one of the world’s oldest medicinal herbs used to treat stomach-related illnesses such as indigestion and nausea, in both eastern and western medicine.

During the 18th century, candies were medicinal, meaning that your local apothecary was also your candy maker. That’s because the medicinal ingredients that were prescribed were usually unpalatable concoctions of herbs.

To help get the patient to consume the unpleasant medicine, chemists would suspend the herbs in sugar. Peppermint was often added to these sugar mixtures because its cooling taste helped to mask the flavor of awful-tasting drugs. The peppermint Altoids was invented in 1781 by the London confectioner Smith & Company, which also made medicinal lozenges.

It wasn’t until the 19th century that the apothecary and candy maker started to become separate professions. After the U.S. Civil War, the price of sugar fell, opening the door to the rise of candy. By the mid-19th century, peppermints had become a popular European candy. However, it is still unclear as to the exact person who first developed the idea.

The first mention (at least in the United States) of peppermint flavored sugar sticks also appeared in the 19th century. A cookbook is written in 1844 and titled The Complete Confectioner, Pastry-cook and Baker included instructions on how to make peppermint candy sticks.

2. Red and white stripes are a new addition

One thing that is certain is that the red and white stripes on a candy cane are a modern invention.

Candy canes were originally solid white, but during the turn of the 20th century, stripes started to appear. Prior to the late 19th century, Christmas cards of that period show nothing but plain white candy.

Some believe the stripes came from the candy maker Bob McCormack in the 1920s. The McCormack company became the leading peppermint candy cane producer during the late 1950s. By the end of the 1950s, his company was producing 1.8 million sticks of candy each day and had national sales of $3.3 million. Through their invention of the machine known as the Keller Machine, automation increased their production of candy canes from thousands per day to millions.

1. Menthol tricks us into the cool feeling

Most people love peppermint candy canes for the refreshing, cool taste it leaves in their mouths. Peppermint oil and extracts, primarily the essential oil menthol, is used to flavor candy canes. Menthol is alcohol known for its waxy, crystalline appearance and is responsible for the cooling sensation of mint.

We perceive mint as cold because methanol activates a specific receptor found in the sensory neurons of the skin and mouth. When menthol connects with an ion channel called TRPM8, it sends an electrical signal along the length of the neuron.

Normally, the TRPM8 receptor is activated by cold temperatures such as icy water or a slushy. Menthol, however, is able to bind with the TRPM8 protein triggering it in the same way that something cold would. When TRPM8 detects menthol, the receptor sends the signal to the brain that something cold is in the mouth.

If you don’t care for minty candy canes, don’t worry, you’re still in luck. Candy manufacturers also make candy canes in a variety of other flavors and colors.

This article was originally published on The Conversation by Veronica Ann Hislop and Dérick Rousseau at Ryerson University. Read the original article here.

Candy canes are an iconic symbol of Christmas. Their red and white stripes adorn trees and homes during the holidays while their minty flavor delights taste buds. According to the National Confectionery Association, a U.S.-based group that advocates for the confectionery industry, candy canes are the No. 1 selling non-chocolate candy in the month of…

Candy canes are an iconic symbol of Christmas. Their red and white stripes adorn trees and homes during the holidays while their minty flavor delights taste buds. According to the National Confectionery Association, a U.S.-based group that advocates for the confectionery industry, candy canes are the No. 1 selling non-chocolate candy in the month of…

4 reasons mistletoe is the Grinch of plants