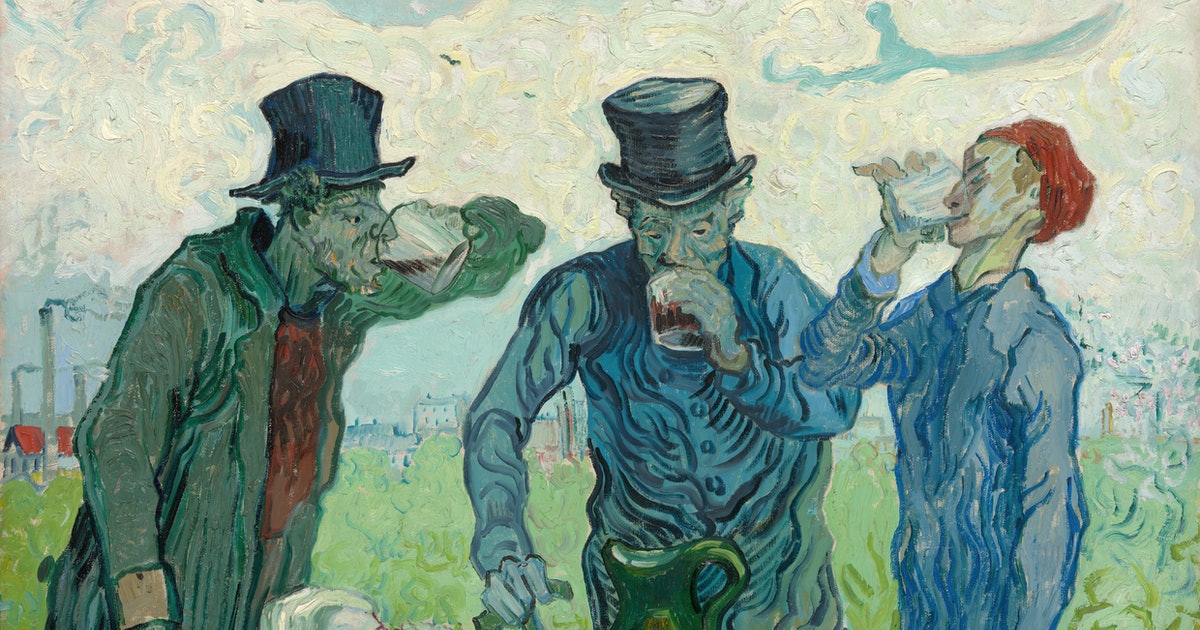 Hello, my name is Claire and I need a little validation here: Are you stressed right now? Every so often I find my brain singing “TIS THE SEASON TO BE STRESSY FALALALALA LALALA” to itself like a vicious internal earworm I just can’t shake. When I am stressed, I tend to do a couple of things: Clean everything, make shortbread, and/or debate whether or not I can have a gin and tonic to help soothe my frayed nerves.

I’m Claire Cameron, an editor at Inverse. I could follow scientists’ advice and wisdom on cultivating mindfulness, but I think I’ll just compulsively check the weather forecast in French Guiana instead — thunderstorms predicted for December 25 — another delay of the James Webb Space Telescope imminent? Time will tell. Keep scrolling for a story about alcohol and stress and a bonus issue from our wonderful TV & Movies writers!

This is an adapted version of the Inverse Daily newsletter for Thursday, December 23, 2021. Subscribe for free and earn rewards for reading every day in your inbox. ✉️

Jumping from system to star system with the push of a spacecraft’s warp drive throttle is a kind of Star Trek-inspired future tech that has very little in common with space travel of today. Achieving this sci-fi future would require not only new technology but breaking one of nature’s most fundamental rules: the speed of light. It’s very, very unlikely — but there may be new hope on the horizon.

In a recent paper published in The European Physical Journal C, a team of engineers and physicists led by former NASA engineer Harold “Sonny” White say they have discovered the right conditions to — theoretically — create a small warp bubble in a lab. A warp bubble is like a car traveling along a warp drive highway.

“This has not been done before in the literature and hence is significant,” White tells Inverse. “It is a matter of precedence for the idea of a space warp analogous to the Chicago pile for nuclear reactors.”

The holiday season is in full swing, and for many, getting into the holiday spirit means consuming plenty of spirits. In fact, if you drink more alcohol these days, you’re in good company. Between the pandemic and alcohol’s starring role in many social settings, you may be imbibing more regardless of whether you’re staying home or spreading holiday cheer (and hopefully not Covid-19).

Booze ads tend to show glam drinkers having a good time, but alcohol can also be a tempting salve during the least glamorous, most stressful times. You have a hard day at work — so you crack a beer. Who doesn’t have that friend who insists they will have one drink to calm the nerves — and then suddenly it’s 11 p.m., they’re five drinks deep, and they want tequila shots?

Recently, a team of scientists published a study in the journal Psychology of Addictive Behaviors specifically looking at differences in who men and women use alcohol when they are under stress. The findings suggest a key difference in how men and women consume alcohol — at least under certain conditions.

Get the inside track.

We know, it hasn’t even launched yet. But astronomers have already outlined their vision for what comes after the James Webb Space Telescope.

It turns out the astronomical community spelled out what they want to see follow the Webb in November, with the publication of the results of the 2020 Decadal Survey: An enormous space telescope, one with a six-meter diameter mirror that can see in the optical and ultraviolet wavelengths. It’s what it will take to see other planets.

“We’re at the stage now where our goal should be to be able to characterize the atmospheres of habitable worlds,” Heidi Hammel, astronomer and interdisciplinary scientist on the James Webb Space Telescope team, tells Inverse. “What do you need to do that? Well, basically, you need a very large aperture telescope in space.”

But that’s not all. Hammel points out the Decadal survey also recommended huge ground-based telescopes and newer medium-sized space telescopes viewing the X-ray and other portions of the electromagnetic spectrum. The right question isn’t necessarily, “What happens after Webb?” It’s more like: What set of instruments replaces the current fleet of astronomical tools in the mid-21st century?

And the answer is really big, really cool tools.

Go deeper: After a final review, the James Webb Space Telescope is delayed once more

The multiple threats that imperil African elephants range from commercial development to climate change, but one of the greatest is human-elephant conflicts. Poachers slaughter elephants for their tusks — and humans who live in nearby areas also face ongoing threats from elephant encounters.

According to a study published in the journal Proceedings of the Royal Society B, researchers may have found a way to reduce aggravated human-elephant conflicts through the natural hierarchy of male-dominated elephant societies.

“Elephants are highly social animals. This study clearly shows how wildlife management can be informed by how elephants interact and react to each other,” Lauren Brent, a co-author on the study and an associate professor from the University of Exeter, said in a press statement.

Here’s what they found.

Read this next: Bizarre new creature discovered with a record-breaking 1,306 legs

It’s not always the main characters who are the real heroes. Scene Stealers is an end-of-year salute to the eccentric, to the bizarre, to the unforgettable supporting characters on TV who undeniably steal the show.

We picked thirty of our favorite characters — did your favorite unsung hero make our list?

Quick question! Help Inverse readers expand their alternative holiday listening and send us your top holiday tune no one else appreciates but you. The most obscure will feature in a newsletter over the next few days. Send yours to [email protected]

Hello, my name is Claire and I need a little validation here: Are you stressed right now? Every so often I find my brain singing “TIS THE SEASON TO BE STRESSY FALALALALA LALALA” to itself like a vicious internal earworm I just can’t shake. When I am stressed, I tend to do a couple of…

Hello, my name is Claire and I need a little validation here: Are you stressed right now? Every so often I find my brain singing “TIS THE SEASON TO BE STRESSY FALALALALA LALALA” to itself like a vicious internal earworm I just can’t shake. When I am stressed, I tend to do a couple of…