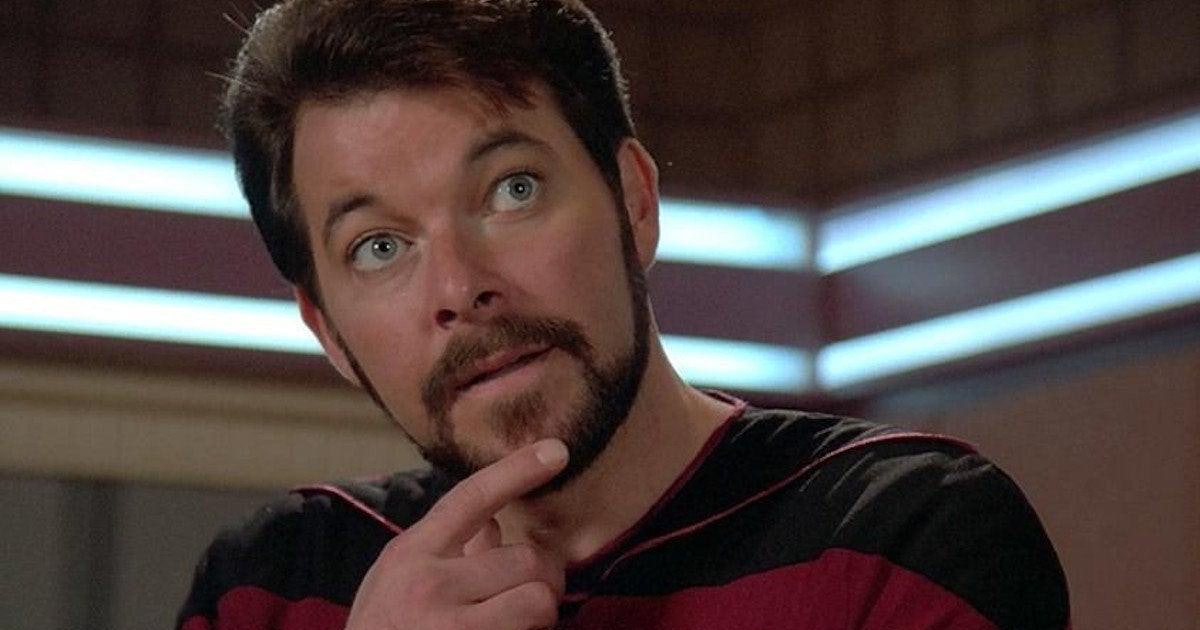 Back in 2018, the Trek franchise dropped a curious episode, “Calypso,” as part of its Short Treks anthology series and in doing so, changed the canon of Star Trek: Discovery forever.

The USS Discovery, stranded far in the future, is boarded by a refugee named Craft (Aldis Hodge). He finds the ship empty, except for its intelligent computer, Zora, who keeps him company.

Co-written by Picard co-creator Michael Chabon and directed by longtime Discovery producer Olatunde Osunsanmi, the canonical status of “Calypso” has been a mystery ever since. The events of Star Trek: Discovery haven’t quite caught up to this moment, but in the latest episode, Season 4’s “Stormy Weather” — directed by Trek superstar Jonathan Frakes — Zora is given full control of the ship in order to save the crew. So, what now?

Inverse caught up with Number One himself to discuss all things Zora, his love of Lower Decks, his excitement about Strange New Worlds, and what fans can expect from the new showrunner for Star Trek: Picard Season 2.

One of the first things Jonathan Frakes reveals about this pivotal Discovery episode is that it required more than one person to play Zora. Since 2018, the AI’s voice has been provided by Annabelle Wallis. But this time, there was a Zora you heard, and a Zora you never heard.

Wallis wasn’t on set with the cast of Discovery, but Frakes wasn’t feeding Zora’s lines to the actors from off-camera either. Instead, he felt that an actual actress needed to be present to read Zora’s lines, giving the cast a more intimate and human connection with their friendly shipboard computer.

“I insisted we hire an actress,” Frakes tells Inverse.

The unseen hero of this episode was Canadian actress Robinne Fanfair, who stood in for Zora on set.

“She became a member of our cast for that time,” Frakes says. “She acted a bit like Annabelle, and probably could have played the part outright if the role hadn’t already been cast.”

Zora is arguably the biggest character of the episode, even though she doesn’t have a “face.” Gray (Ian Alexander) realizes how overwhelmed Zora is by running the ship and plays a game with the AI to calm her down. At the end of the episode, when their ship is riding out of the subspace rift, Burnham has to give control of the ship to Zora. To calm her Captain, Zora sings the standard made famous by Ella Fitzgerald, “Stormy Weather,” here sung by Annabelle Wallis herself.

“There’s wonderful imagery of stormy weather coming through at the end,” Frakes says. “It represents a metaphor for what Book is going through, and also the condition that the ship is in by the end of the episode. There are all kinds of relationships that the idea of ‘stormy weather’ could apply to here. What Gray is going through. Stamets. And of course, Michael Burnham.”

“We have a friendly competition as directors.”

Despite the stormy weather for the starship Discovery, Frakes feels the series itself has “only gotten better” as it’s gone along, and he would know. Frakes has been directing big episodes of Discovery since the first season and frequently mentions how much the cast reminds him of The Next Generation. He’s also delighted that “Stormy Weather” plays with some of the same visual textures laid out by “Calypso,” directed by Frakes’ colleague Olatunde Osunsanmi.

“We have a friendly competition as directors,” Frakes laughs. “I”m always thinking about what I could steal from Tunde, especially with this one.”

But, with “Stormy Weather,” does Discovery actually answer the question of how the series will eventually find its way to “Calypso?” Yes and no.

In a way, the episode creates a fake-out moment where you think “Calypso” is about to happen. The entire crew is beamed into the pattern buffers, causing them to be hidden, which, of course, would explain the events of “Calypso,” outright. But in that episode, Zora had been ordered by her captain to hold position, which doesn’t happen here. That said, Discovery has now set up two ways for “Calypso” to happen this season:

“It’s a very high concept,” Frakes says. “The crew, and Burnham, are either going to trust Zora to save them or carry on their legacy. Michael Burnham is figuring out how to trust her own ship.”

Unlike when Discovery started, Frakes’ participation in contemporary Star Trek now extends beyond just one show. He directed two consecutive episodes of Picard Season 1 and is back directing “another block” of episodes in Season 2. He also returned as Captain Riker in Lower Decks Season 2 and says showrunner Mike McMahan “has captured a whole new taste for Star Trek.” Frakes hints he’s always happy to return to Lower Decks, should the need arise.

When Picard Season 2 premieres in February, we’ll get to see Frakes’ work on those episodes, but this time there’s a new showrunner. Michael Chabon is still part of the Star Trek family but has opted to focus on the CBS adaptation of his famous novel, The Amazing Adventures of Kavalier & Clay. Replacing Chabon as showrunner is Terry Matalas, perhaps best known for running the SyFy version of 12 Monkeys, as well as having writing credits on two episodes of Star Trek: Enterprise. But if Trekkies are worried about the new showrunner on Picard Season 2, Frakes says they shouldn’t be.

“ Terry [Matalas] is like [Mike] McMahan in that he has such incredible experience, and love — specific love — for the Next Gen,” he reassures me. “He’s got a wicked sense of humor and wonderful sense of storytelling. I think with Picard Season 2, Terry has nailed it.”

Due to health measures, Frakes didn’t get a chance to direct any episodes of Star Trek: Strange New Worlds Season 1, but says he’s on deck to start directing in Season 2. He’s excited for the future of Picard but equally excited to work on SNW where he’ll reunite with Rebecca Romijn, Ethan Peck, and Anson Mount — who he directed during Discovery Season 2.

“That show has yet another new flavor for Trek,” Frakes says. “I can’t wait to see it.”

Back in 2018, the Trek franchise dropped a curious episode, “Calypso,” as part of its Short Treks anthology series and in doing so, changed the canon of Star Trek: Discovery forever. The USS Discovery, stranded far in the future, is boarded by a refugee named Craft (Aldis Hodge). He finds the ship empty, except for…

Back in 2018, the Trek franchise dropped a curious episode, “Calypso,” as part of its Short Treks anthology series and in doing so, changed the canon of Star Trek: Discovery forever. The USS Discovery, stranded far in the future, is boarded by a refugee named Craft (Aldis Hodge). He finds the ship empty, except for…