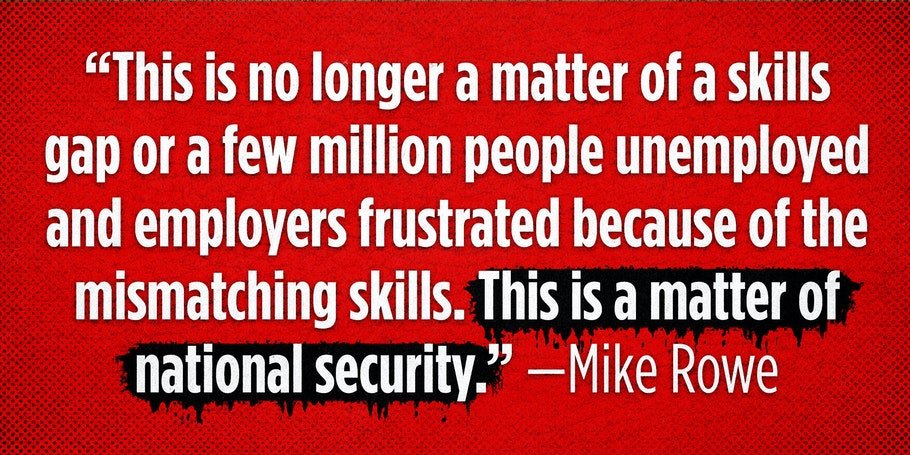 Is the Labor Shortage a National Security Issue?

It’s not just more expensive goods, but a handicap that goes much further.

How is it possible to have a declining labor participation rate and a labor shortage at the same time? Well, most economists will tell you that it’s not, but that is exactly what’s happening in America right now. The federal government, with its incessant meddling, has created a paradox that has the potential to ruin the economy.

Unemployment numbers skyrocketed thanks to COVID lockdowns. Not all the businesses that went into our government-imposed, ill-advised shutdown came out of it, and many workers suffered as a result. Some found work at other firms. Some chose to take early retirement. There were others who chose to work off the books or as part of the gig economy. These are the types of jobs not easily tracked or taxed by the government, which is why the government doesn’t like this type of work. But these self-sustaining, thrifty, and creative individuals are not the problem.

The problem lies with the government actively subsidizing unemployment for millions of people who found it more lucrative to stay home and collect taxpayer-funded checks than to go to work. These federal subsidies only recently fizzled out, despite the best efforts of the socialist Left to create a permanent unemployed underclass. (Democrats did, however, succeed in driving wages closer to their desired $15-an-hour minimum.) Many of these people either remain unemployed or have left the workforce altogether.

Why? It’s not for lack of jobs. There are four million fewer workers than before the pandemic, yet there are 11 million openings across several job sectors. Finding a job in this market should not be difficult. Companies ranging from fast food restaurants to trucking companies and construction outfits offered sign-on bonuses and plump starting salaries. But it’s starting to appear as if they have pulled all the able-bodied workers off the sidelines that they ever will.

All of this led to runaway inflation and a broken supply chain.

Some economists claim that there is little overlap between those seeking work and the companies looking to hire; that there is an offset of marketable skills. Hogwash. If someone wants to work, they will find work.

Mike Rowe, television host and founder of the Mike Rowe WORKS Foundation, notes that there is something deeper going on. The government has simultaneously disincentivized work and incentivized idleness. “This is no longer a matter of a skills gap or a few million people unemployed and employers frustrated because of the mismatching skills,” Rowe says. “This is a matter of national security.”

Rowe’s assessment is accurate. America didn’t become powerful by buying cheap goods made overseas. It became powerful making durable goods that were in demand around the world.

But a couple of things happened that changed the game. Labor unions made labor expensive in America by driving up wages. This gave some Americans more purchasing power, but it also drove jobs out of the country. American-made goods became more expensive and American companies became less competitive in the global marketplace. In just a few decades, we became beholden to China and other Asian producers for our everyday products. It took our COVID-induced supply-chain woes to show us just how beholden we were to other countries. Dangerously so, and it’s greatly benefiting China.

The other game changer was the generational indoctrination of the Left that downplayed the value of work and the importance of American-made goods. With no pride in ownership or even pride of self (we can thank the ruse of toxic masculinity for that one), of what value is a day’s work?

Democrats, now the standard-bearers of the socialist Left, don’t want an incentivized work force. Gainfully employed people are proud, hardworking, and independent, all the things that make it hard for socialism to creep into our daily lives. It has been a constant throughout history that societies that value work thrive, while those that embrace apathy die. Which way will America go?

By LEWIS MORRIS December 23, 2021 in Economy It’s not just more expensive goods, but a handicap that goes much further. How is it possible to have a declining labor participation rate and a labor shortage at the same time? Well, most economists will tell you that it’s not, but that is exactly what’s happening…

By LEWIS MORRIS December 23, 2021 in Economy It’s not just more expensive goods, but a handicap that goes much further. How is it possible to have a declining labor participation rate and a labor shortage at the same time? Well, most economists will tell you that it’s not, but that is exactly what’s happening…

GOP Fights and Wins Battles to Protect Our Troops