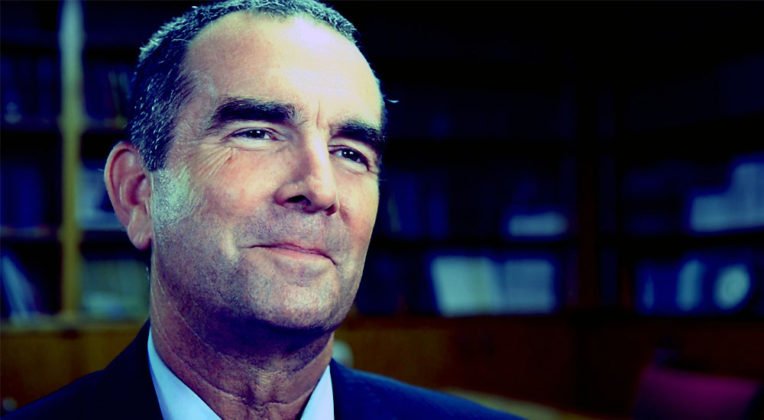 Will Ralph Northam Ever Apologize?

Northam has a golden moment to explain himself to his fellow Virginians — but will he?

The only state with a doctor as governor during the pandemic should have done better and been more of a leader. Instead, Virginia Governor Ralph Northam presided not just over a series of lockdowns that broke the back of the Virginia economy, but dithered away what little political capital he managed to salvage after his racist college yearbook photos became public.

That’s the dirty little secret no one wants to really share. But for those of us who worked with E.W. Jackson in 2013? We knew the moment Northam refused to shake Jackson’s hand during a televised debate:

Jackson is a US Marine, successful business leader, Harvard educated and a pastor to boot. Yet for Northam, there was a flaw that neither Jackson’s credentials nor Christian faith could ever quite erase. For all the present-day capitulation to the siren song of equity the fact of the matter is that Northam couldn’t even give Jackson dignity.

This is Ralph Northam today.

Should the governor die today, his obituary will lead with the fact that he was a former governor of Virginia whose legacy was not the eradication of Virginia monuments or his consistent and commonsense leadership during a once-in-100-year pandemic. Nor will it be any significant legislation other than codifying Critical Race Theory into the Code of Virginia.

In fact, Virginians deserve to hear what Northam’s political handlers have thus far refused to allow him to give — an apology.

I don’t mean any of this for political advantage so as to rub Northam’s nose it this. Far from it. For the state of his own soul and his conscience, I sincerely hope that he issues a statement while in office.

But there’s something more to it than that.

Specifically, when the governor of the Commonwealth of Virginia survives a political scandal of this magnitude, something is done to us as Virginians — not just our ideas of honor or history and all of that, but to the idea that what we aspire to become is more important than the vulgarities of the past. Virginians are a proud people. We prefer to think of ourselves in terms of our best men — Washington and Jefferson, Madison and Monroe, Lee and Jackson, McArthur and Patton — rather than our worst moments in pursuit of so-called progress such as African slavery, Jim Crow, eugenics and segregation.

To date, much of how we have handled such “progress” is to sweep it under the rug and pretend that it never happened, hoping that the glories Virginia has given to the rest of the nation will forgive a multitude of sins. Rarely in history are our leaders given the opportunity to rectify their own sins in their own words. Imagine for a moment if Jefferson took up Kosciuszko’s will and free his slaves with a generous sum gifted from the Polish patriot’s American estates? Or if men such as Stonewall Jackson — had he not been felled at Chancellorsville — lived long enough to practice in public what the laws forced him to practice in private?

Northam has about three weeks to give Virginians a reason. Not for its own sake in some sort of public Soviet-style confessional, but so that maybe — just maybe — we can have some sort of generational answer as to why and how people could act and believe this way. Let’s face it — the removal of second place trophies isn’t enough. The imposition of Critical Race Theory accomplishes nothing. The introduction of equity and the insidious efforts to substitute accomplishment and excellence with whomever has the most oppression points? Enough.

Just explain it to us.

Or perhaps there is nothing to explain.

This — I fear — is the case from a generation fed on a daily diet of Massive Resistance and post-segregation condescension, from a Democratic political class who knew that survival meant paying lip service but never quite going the extra mile, whose efforts to paint Republicans in public the way Democrats behave in private only served to cover up the deeply held bigotry in their own ranks.

Virginians are owed an apology and an explanation. This will be Northam’s only chance to set the record straight on his own terms free from political consequence. For the sake of Virginia, I sincerely — and I mean this quite earnestly — hope that he takes this last opportunity to cement a legacy different than the one that will be written should he decline.

By Shaun Kenney December 21, 2021 Northam has a golden moment to explain himself to his fellow Virginians — but will he? Four long years. The only state with a doctor as governor during the pandemic should have done better and been more of a leader. Instead, Virginia Governor Ralph Northam presided not just over…

By Shaun Kenney December 21, 2021 Northam has a golden moment to explain himself to his fellow Virginians — but will he? Four long years. The only state with a doctor as governor during the pandemic should have done better and been more of a leader. Instead, Virginia Governor Ralph Northam presided not just over…

Merrick Selected for VA Secretary of Commerce and Trade

Youngkin’s Ministry of All Talents; Biden Weaponizes Genocide in Ukraine?