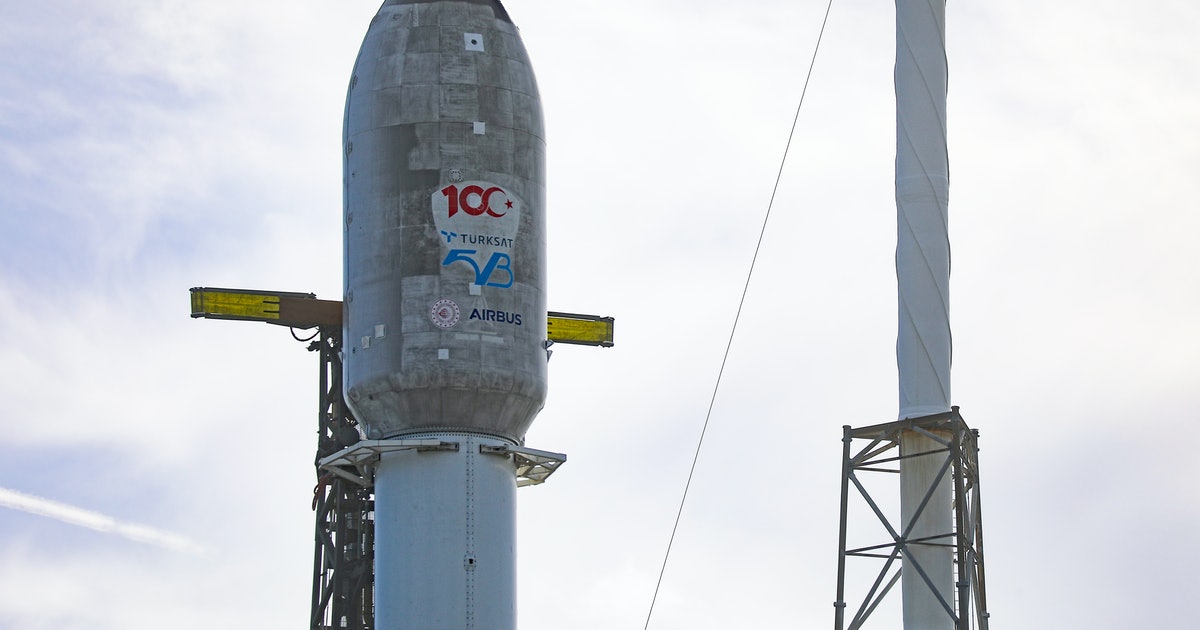 But first, a holiday gift from us to you. Now until Monday, January 3, you can purchase your Musk Reads+ annual subscription for the sale price of $99.

With your purchase, you’ll access all of Musk Reads+ original and exclusive reporting from Musk’s world and beyond. Last week, Musk Reads+ members heard from science fiction writer Greg Bear about what a future Mars colony could learn from the United States. This week, members will be treated to a special 12 Days of Musk-mas countdown. No peeking! Unless, of course, you subscribe.

Musk quote of the week: “Given the almost unimaginable nature of the present, what will the future be?” — Elon Musk tweeted on December 19 in reference to a TikTok of David Letterman asking Bill Gates “what the hell” the internet is in 1995. Musk later elucidated that his musings on the future were in reaction to Web3, a theoretical decentralized internet, but the nudge toward an open mind seems equally applicable to all of Musk’s big ideas. We never really know what the future holds.

This weekend, SpaceX dealt with holiday stress the way anyone else would: by launching two rockets in one day.

First, just before 8 a.m. Eastern time on December 18, Falcon 9 sent up a new crop of 52 Starlink satellites from the California coast. This mission marked the 34th Starlink flight and the final Starlink flight of 2021. If you missed it, like all of SpaceX’s launches, the launch is available to watch in its entirety online.

Later that day, around 11 p.m. Eastern time, SpaceX made another liftoff to launch Turkey’s communication satellite, the Turksat 5B, from Cape Canaveral.

The tight turnaround between these two flights made a new record for SpaceX, which previously had its shortest turnaround time at 44 hours between flights. Congrats, SpaceX!

In the early hours of the morning, unable to sleep, I opened my laptop to write this newsletter. Just as I did so, I received an — ding! — unexpected email notification. It turned out to be this real and not made-up email from Santa Claus. This is a huge deal, so I’m posting the email in its entirety for your reading and interest:

Hello, this is Santa. I’m leaking my Naughty or Nice list for Tesla this week because I thought it would bring more web traffic to my homepage.

Kind of an even spread here, but I don’t feel right giving coal to an EV company, so I’m still deliberating. By the way, don’t bother leaving out any cookies for me this year. I went keto.

10. On December 19, Elon Musk said that he will pay “over $11 billion in taxes this year,” referencing the Tesla stock he sold earlier this winter. The $11 billion figure is notable for being the most an American has paid in taxes, and it represents about 4.5 percent of Musk’s $243 billion net worth. I’m paying 25 percent this year as a freelancer. Please clap!!!

9. Do you miss the easy days of Saturday morning cartoons? If only there were a podcast that, oh, I don’t know, combined the relaxing nature of cartoons with your specific interest in Musk subsidiary Neuralink and made it available to watch for free on YouTube. Oh wait, there is!

7. In Finland, when replacing the battery on a 2013 Model S proves to be way too expensive, the owner simply blows their car up with 66 pounds of dynamite. This is peak human performance.

6. Space enthusiast and YouTuber Marcus House led viewers through his in-depth discussion of SpaceX’s news and speculation, including the mysterious “orange devices” that have popped up on the sides of Starship. It’s for my emotional support Happy Meal toys from 2003.

4. Musk appeared on Dan Carlin’s Hardcore History podcast to discuss “military tech, war planes, and other such historical subjects.” You’re not hardcore unless you build hardcore.

2. You think you’re having a stressful holiday season? Omicron complicating your already too-complicated-because-family travel plans? At least you’re not getting launched into orbit on December 24, like the James Webb Space Telescope. Just imagine the commute.

1. And a piece of Musk history: On December 25, 2015, Elon Musk introduced a “Model Xmas show” function into Model X’s headlight patterns. The “show” timed Model X’s headlights and falcon wing door openings to the Trans-Siberian Orchestra’s “Wizards and Winter,” which begins to play during the “show.” A demonstration of the original light show has since been deleted from Tesla’s YouTube and Musk’s Twitter, but Model X owners are still able to trigger it by booping the right buttons. Have yourself a Model Xmas.

The ultra-fine print — This has been Musk Reads #278, the weekly rundown of essential reading about futurist and entrepreneur Elon Musk. I’m Ashley Bardhan, assistant to Musk Reads.

And don’t forget our holiday sale, which reduces the annual price of Musk Reads+ membership to just $99. This offer is only available until January 3, 2022, and will give you access to an exclusive holiday treat: our 12 Days of Musk-mas.

Why else subscribe to Musk Reads+? You’ll be supporting in-depth, high-quality journalism about the world’s most ambitious change-maker, Elon Musk. Tesla investors, SpaceX critics, and anyone with an interest will find something they love in our offerings. Independent journalism is essential now more than ever, and your contributions will help us continue in our mission to deliver interviews and analysis you won’t find anywhere else.

Have thoughts on today’s newsletter? Send us your questions and feedback at [email protected]

SpaceX launches… More lawsuits for Tesla… Elon Musk will pay his taxes. It’s the free edition of Musk Reads #278 — subscribe now to receive two more emails later this week. But first, a holiday gift from us to you. Now until Monday, January 3, you can purchase your Musk Reads+ annual subscription for the…

SpaceX launches… More lawsuits for Tesla… Elon Musk will pay his taxes. It’s the free edition of Musk Reads #278 — subscribe now to receive two more emails later this week. But first, a holiday gift from us to you. Now until Monday, January 3, you can purchase your Musk Reads+ annual subscription for the…