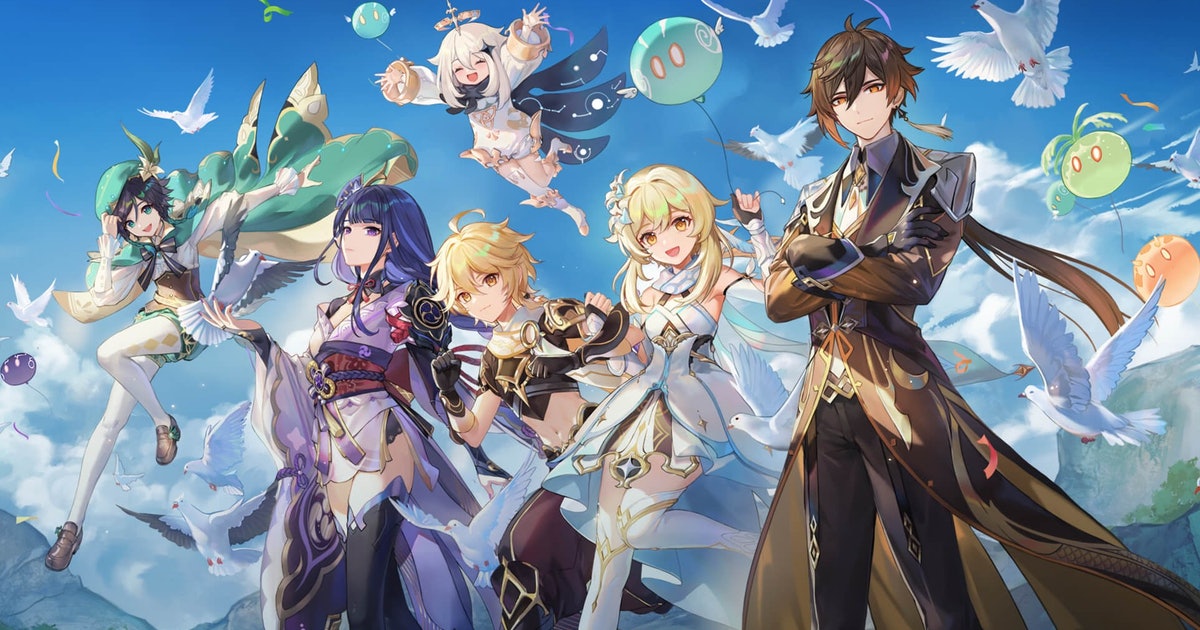 When is the Genshin Impact Nintendo Switch release date?

We don’t currently have a release date for Genshin Impact on Nintendo Switch. It was believed the port would launch sometime in 2021, but that never came to be.

When Inverse interviewed miHoYo in October 2020, the developer confirmed that the Switch edition of Genshin Impact was still in development. According to the leaker, Genshin Report, there’s a chance miHoYo is running into hardware issues. MiHoYo might be waiting for the rumored Nintendo Switch Pro to release, which could alleviate any technical issues.

Alternatively, like other Nintendo Switch games that require high power, Genshin Impact could run off the cloud. This would address most loading issues that players would potentially encounter on the Switch. For example, Persona 5 Strikers takes significantly longer to load on Switch due to the system’s lower power output. Genshin Impact currently takes two and a half minutes to load on a base PS4.

But, Genshin Impact does already run on mobile devices, so it’s unclear if system power is causing developmental issues.

There have been other explanations as to what’s taking the Nintendo Switch port so long to be completed.

A Screenrant article theorized that the long turnaround time had something to do with Nintendo’s eShop. Given the game’s reliance on microtransactions, perhaps they’re running into issues getting the game through Nintendo.

However, Fortnite and its V-bucks currency are currently available on Switch, so it’s unknown what issue Genshin Impact might cause when it comes to its microtransactions.

Nevertheless, fingers crossed that Genshin Impact is able to appear on Nintendo Switch in early 2022.

Is there a Genshin Impact Nintendo Switch trailer?

Surprisingly, yes. You can watch it below.

This trailer was shown during a Japanese Nintendo Direct in January 2020. It displays a short look through the Wangshu Inn section of Liyue, which was presumably pre-rendered, so we still don’t know how the game might run on Nintendo Switch.

The trailer ironically concludes with a shot stating “coming soon,” although the game has yet to release nearly two full calendar years later. Additionally, the final card has a Nintendo Switch Online logo, implying you’ll need a Nintendo membership to play the game.

What is Genshin Impact?

Genshin Impact is a free-to-play open-world action RPG with an anime-inspired art style. It uses “gacha” mechanics, which add an element of randomness to the microtransaction system, encouraging players to continuously roll for characters and items.

A blurb from the official Genshin Impact App Store page is as follows:

“Step into Teyvat, a vast world teeming with life and flowing with elemental energy.

You and your sibling arrived here from another world. Separated by an unknown god, stripped of your powers, and cast into a deep slumber, you now awake to a world very different from when you first arrived.

Thus begins your journey across Teyvat to seek answers from The Seven — the gods of each element. Along the way, prepare to explore every inch of this wondrous world, join forces with a diverse range of characters, and unravel the countless mysteries that Teyvat holds…”

You’ll find those secrets by exploring a massive open world and enjoying co-op mode with your friends.

Can you transfer your current save to Genshin Impact on Nintendo Switch?

When Genshin Impact arrives on Nintendo Switch, it will likely be compatible with your mobile and PC save files. Sony has continually shown an unwillingness to work with developers on cross-platform play, while Nintendo has kept itself open to the possibility with games like Fortnite and The Witcher. In the Epic vs. Apple trial, it was revealed that Sony charges an extra charge to enable cross-play. Genshin Impact already has cross-play enabled, so it’s unknown what might stop it from adding cross-saving.

In an Inverse interview, miHoYo said it wasn’t working on PlayStation save data transfer, though this could have changed in the past year. Assuming the Switch port is launched within the next few months, it’s unlikely to have any compatibility with PlayStation consoles.

Genshin Impact has amassed a huge following across its limited platforms of PlayStation, Android, iOS, and PC. The free-to-play gacha adventure still has a whole world to conquer on other platforms like Nintendo Switch and Xbox. A Nintendo Switch port of the game has been in the works for a while, so what’s the hold-up?…

Genshin Impact has amassed a huge following across its limited platforms of PlayStation, Android, iOS, and PC. The free-to-play gacha adventure still has a whole world to conquer on other platforms like Nintendo Switch and Xbox. A Nintendo Switch port of the game has been in the works for a while, so what’s the hold-up?…