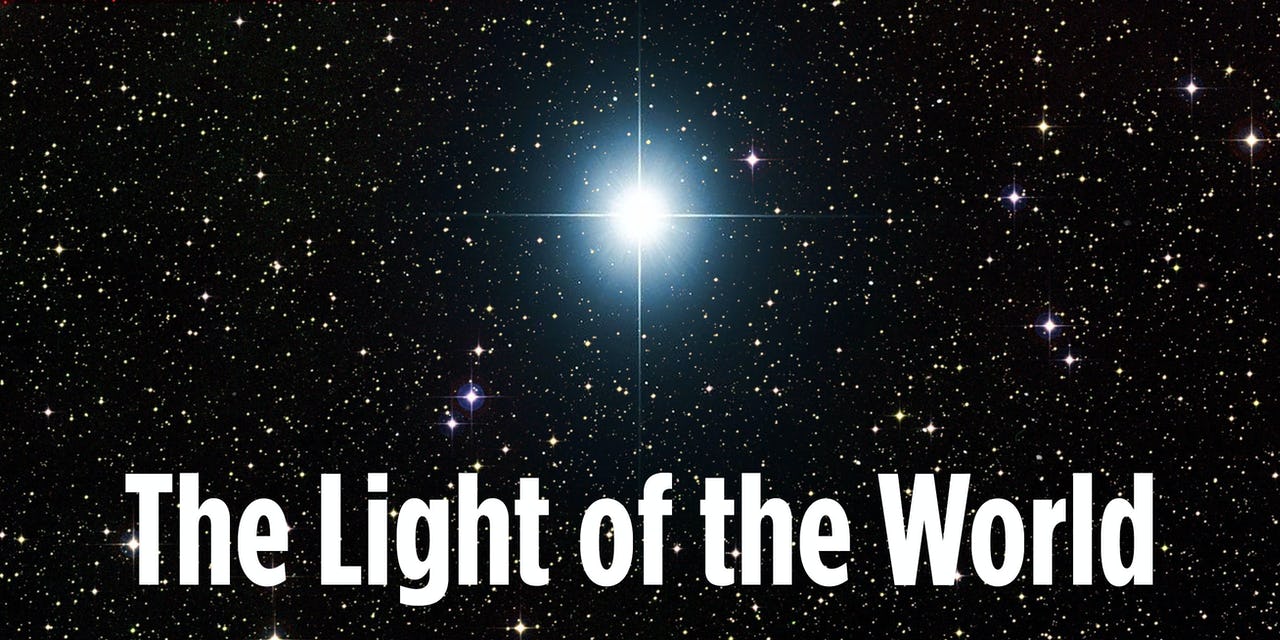 Christmas 2021: ‘The Hand of Providence’

The Hand of providence has been so conspicuous in all this, that he must be worse than an infidel that lacks faith, and more than wicked, that has not gratitude enough to acknowledge his obligations.

Accordingly, I have accumulated 25 years’ worth of gratitude for the large and growing fellowship of Patriot men and women who have stood fast and firm with us in defense of American Liberty through those years, and who have graciously supported your Patriot team and its mission from day one.

While it is always a pleasure to write about Christmas, this is a good year to look over holiday editions past for a few reflections.

At the turn of the millennium, we wrote about the “Star Seen Round the World” and Christian patriarchs gathered in the Holy Land who crafted a message to the world concluding that their hope was that “We, not unlike the shepherds, can go forth into the darkest of nights, glorifying and praising God who came to save human kind and to fill the earth with justice and peace.”

A year later, our nation faced the calamity of 9/11, and we wrote of “Sacrificial Gifts”: “The miracle is not that we can honor Christmas in peace and in war, but that so much of Christmas has endured into our time, celebrated still in its full glory and significance, despite its central paradoxes, so strange to our ears, of the Gift beyond reciprocation: God born in Man, Eternity captured in Time, and Light piercing the Darkness, to reveal a Truth at the heart of the Universe.”

In the years that followed, we observed: “Because Christmas claims to have brought truth to humankind, Christmas is not friendly toward our age’s millenarian smugness about tolerance and inclusion. However, neither is Christmas cavalierly assessed as part of multiculturalism’s grave error of exclusion. Consider those who came to worship at the manger of the Baby King, born among animals in the stable — lowly shepherds and wealthy men of learning and accomplishment. From the very first Christmas on, Christmas has been open to all; the holy event of the incarnation is about incorporation.”

I wrote of my favorite Christmas film, “It’s (Still) A Wonderful Life,” and its simple yet unrivaled message about the value of every life.

I wrote of George Washington’s trials at Valley Forge through the Christmas of 1777. Of the near-collapse of the Continental Army, he wrote, “It was much easier to draw up remonstrances in a comfortable room by a good fire-side, than to occupy a cold bleak hill, and sleep under frost and snow, without clothes or blankets.” Just before Christmas, Washington issued general orders for “the day set apart” to “express our grateful acknowledgements to God for the manifold blessings he has granted us.”

Then there was our coinage of the politically correct and all-inclusive greeting, “Happy Christmahanukwamadanice” to encompass Christmas, Hanukkah, Kwanzaa, Ramadan, and Solstice. That was in response, albeit ludicrously so, to the fashionable leftist crowd’s demands for a more “inclusive” greeting. Of course, such a greeting would still be far too limited and far too exclusive to satiate the “woke” mobs of today.

And there was my kids’ favorite, Charles Schulz’s 1965 classic “Charlie Brown Christmas,” which, even 40 years later at the time, touched their young hearts. Most memorable is Linus’s reading of Luke 2:8-14 and his declaration, “That’s what Christmas is all about, Charlie Brown.” (Recall, too, that when Linus says the words “Fear Not,” he drops his ever-present security blanket.) At the time, even then, network media executives asked Schulz to drop the Scripture. Schulz responded, “If we don’t tell the true meaning of Christmas, who will?” Indeed. 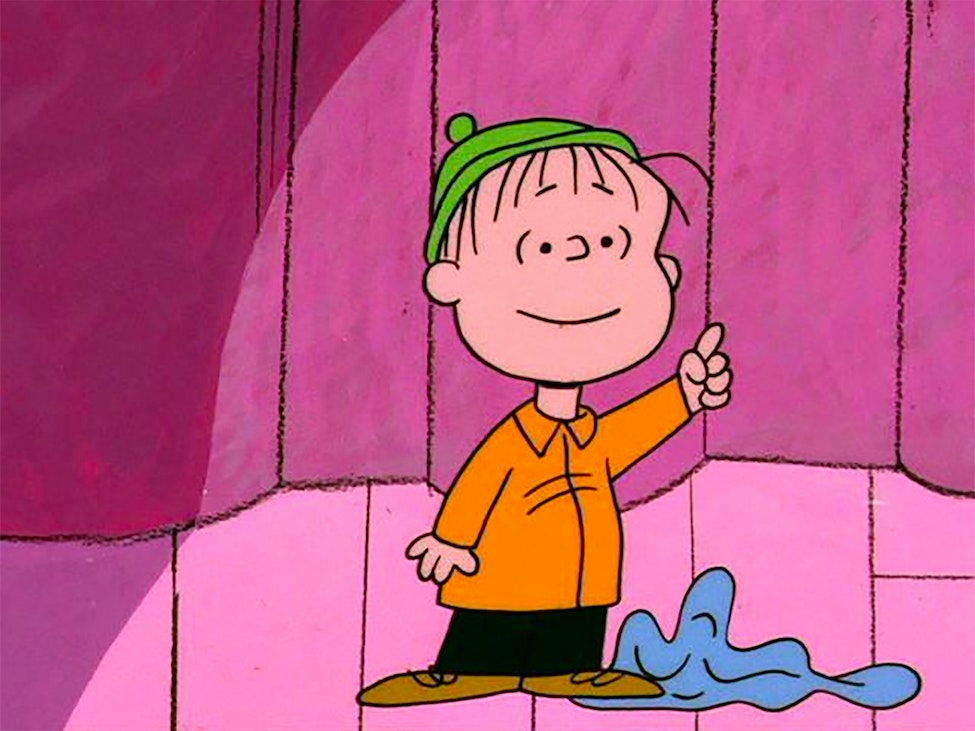 I wrote another year, “For my family, Christmas is much more than a day, a season, or a collection of memories and rituals. Christmas is a lens through which we endeavor to view all things — the universe of our Creator and His purpose for us — every day.”

Earlier that year, one of our then-teenage children told me with a heavy heart that sometimes he “loses his bearing, feels disconnected from God, and that separation causes him distress.”

I acknowledged to him that, similarly, “There have been days in my life when I have felt detached from God, and in those times I also struggle with questions about meaning and purpose.” I explained: “What I have learned (at considerable personal cost) about being disconnected from God is that this division is always the result of my looking to the world for purpose rather than our Creator. Inevitably, after some consternation, I awaken to the reality that our cultural compasses are perpetually disorienting. Contemporary culture relentlessly encourages us, even seduces us, to irrevocably link our identity to its trappings — what we do, what we have, who we’re with, and the like. But all of these connections are temporal. In the end, if we take our bearings from the culture around us, we are destined to experience emptiness, which it then offers to fill with various distractions and forms of sedation.”

I told my son: “Through my life’s trials, I have learned we must look up before we look out — that we must look to God in order to understand His purpose for us in the world. Indeed, if we define our purpose in cultural terms, or worse, if we try to understand Him through the world’s lens, we are destined to remain astray.”

And I have never wavered from that maxim.

To that end, I am reminded of these words written by Reverend James Allan Francis almost a hundred years ago summarizing the profound impact of the life of Jesus Christ:

Here is a man who was born in an obscure village as the child of a peasant woman. He grew up in another obscure village. He worked in a carpenter shop until he was thirty and then for three years was an itinerant preacher.

He never wrote a book. He never held an office. He never owned a home. He never had a family. He never went to college. He never put his foot inside a big city. He never traveled two hundred miles from the place where he was born. He never did one of the things that usually accompany greatness.

He had no credentials but himself. He had nothing to do with this world except the naked power of his divine manhood. While still a young man the tide of popular opinion turned against him. His friends ran away. One of them denied him. Another betrayed him.

He was turned over to his enemies. He went through the mockery of a trial. He was nailed upon the cross between two thieves. His executioners gambled for the only piece of property he had on earth while he was dying, and that was his coat. When he was dead, he was taken down and laid in a borrowed grave through the pity of a friend.

Nineteen wide centuries have come and gone and today he is the center of the human race and the leader of the column of progress.

I am far within the mark when I say that all the armies that ever marched, and all the navies that were ever built, and all the parliaments that ever sat and all the kings that ever reigned, put together, have not affected the life of man upon the earth as powerfully as has this one solitary life.

And even more true now a century later.

As the Holy Bible records, the life of Jesus began here:

“In those days Caesar Augustus issued a decree that a census should be taken of the entire Roman world. (This was the first census that took place while Quirinius was governor of Syria.) And everyone went to his own town to register. So Joseph also went up from the town of Nazareth in Galilee to Judea, to Bethlehem the town of David, because he belonged to the house and line of David. He went there to register with Mary, who was pledged to be married to him and was expecting a child. While they were there, the time came for the baby to be born, and she gave birth to her firstborn, a son. She wrapped him in cloths and placed him in a manger, because there was no room for them in the inn. And there were shepherds living out in the fields nearby, keeping watch over their flocks at night. An angel of the Lord appeared to them, and the glory of the Lord shone around them, and they were terrified. But the angel said to them, ‘Do not be afraid. I bring you good news of great joy that will be for all the people. Today in the town of David a Savior has been born to you; he is Christ the Lord. This will be a sign to you: You will find a baby wrapped in cloths and lying in a manger.’ Suddenly a great company of the heavenly host appeared with the angel, praising God and saying, ‘Glory to God in the highest, and on earth peace to men on whom his favor rests.’ When the angels had left them and gone into heaven, the shepherds said to one another, ‘Let us go to Bethlehem and see this thing that has happened, which the Lord has told us about.’ So they hurried off and found Mary and Joseph, and the baby, who was lying in the manger. When they had seen him, they spread the word concerning what had been told them about this child, and all who heard it were amazed at what the shepherds said to them. But Mary treasured up all these things and pondered them in her heart. The shepherds returned, glorifying and praising God for all the things they had heard and seen, which were just as they had been told.” (Luke 2:1-20)

During this Christmas season, and every day of the coming year, may God’s peace and blessings be upon you and all those around you. 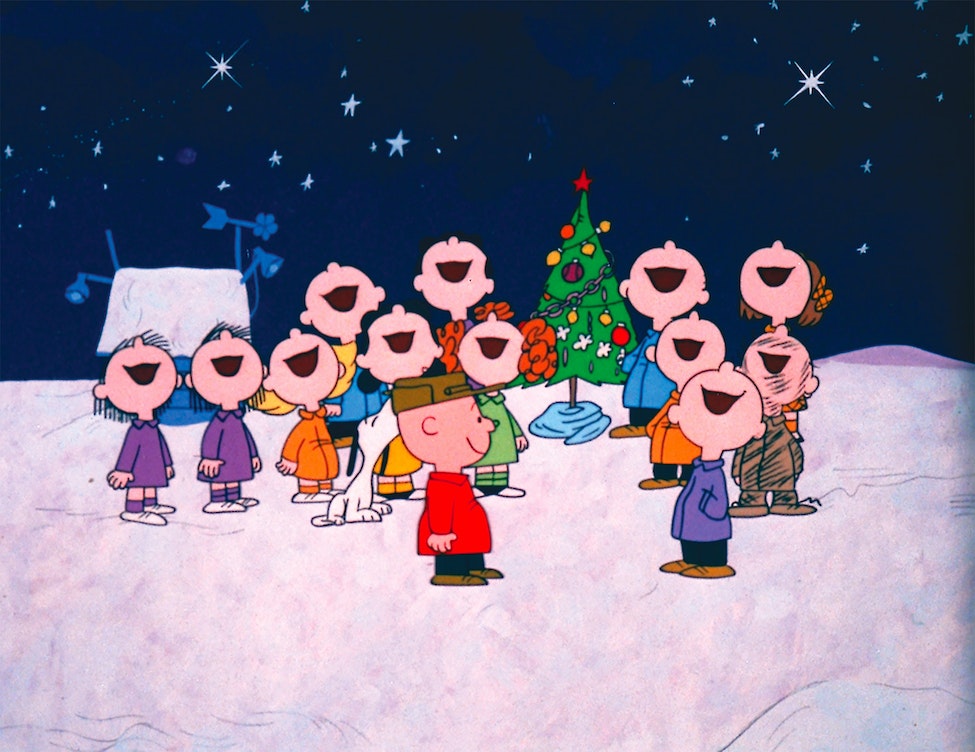 (A note about our Christmas message: Some of our readers are of faiths other than Christianity. We hope this message will serve to enlighten your understanding of our faith, and we wish God’s blessing and peace upon you and your families.)

By MARK ALEXANDER December 22, 2021 in Faith The Hand of providence has been so conspicuous in all this, that he must be worse than an infidel that lacks faith, and more than wicked, that has not gratitude enough to acknowledge his obligations. —George Washington (1778) This year marks The Patriot Post’s 25th Christmas. Accordingly, I have accumulated…

By MARK ALEXANDER December 22, 2021 in Faith The Hand of providence has been so conspicuous in all this, that he must be worse than an infidel that lacks faith, and more than wicked, that has not gratitude enough to acknowledge his obligations. —George Washington (1778) This year marks The Patriot Post’s 25th Christmas. Accordingly, I have accumulated…

Wednesday Newsfeed: As We Gather with Kith and Kin for the Long Winter’s Holiday Weekend…