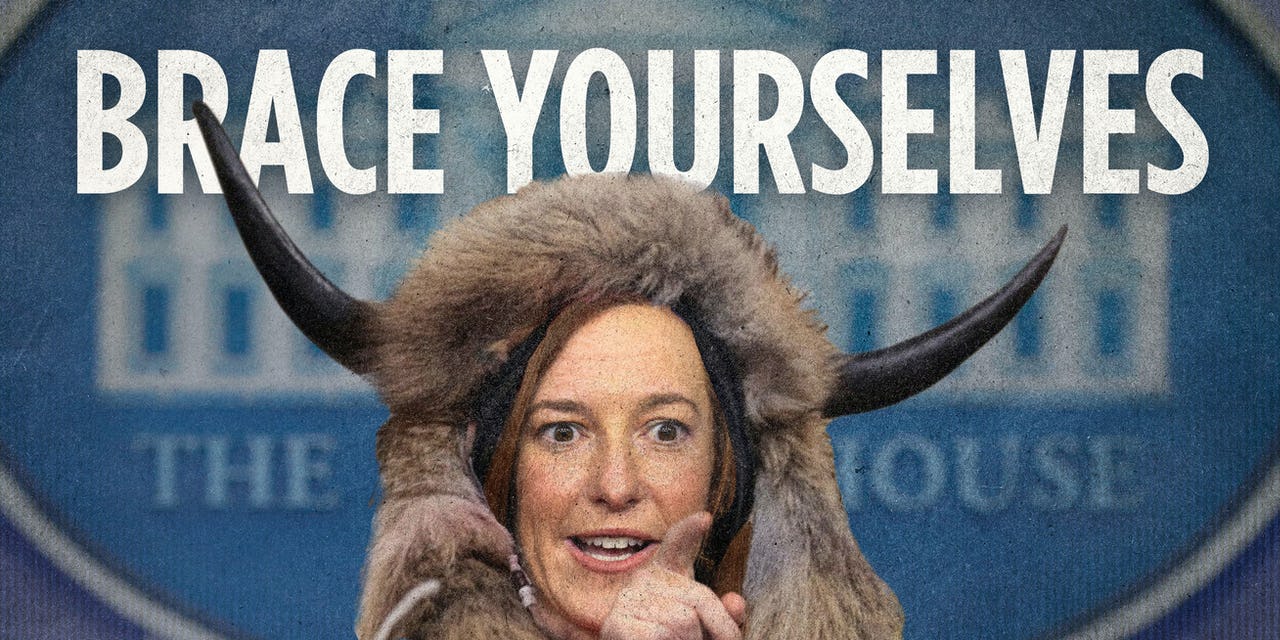 Buckle Up for the J6 ‘Anniversary’

The White House and congressional Dems are trying to turn January 6 into September 11.

It’s not only Joe Biden who has been tanking in the polls but the entire Democrat Party. Democrats find themselves facing an alarming downward polling trend: Americans favor Republicans over the party of the Donkey by a record 10 percentage points. With Biden’s Bilk Back Better socialist spending boondoggle crashing and burning thanks to one of the few remaining sane Democrats, West Virginia Senator Joe Manchin, Democrats find themselves staring at a disastrous 2022 election.

Making matters worse for the Party, the looming red tsunami on the 2022 election horizon seems to be growing by the day and with it the number of Democrat lawmakers jumping ship as they see the writing on the wall. Thus far, 23 House Democrats have announced they will not seek reelection.

What are the Biden administration and congressional Democrats to do? The same thing they always do — promulgate a false narrative that Republicans and conservatives are a threat to democracy and must be stopped.

With the help of the Leftmedia, this strategy was clearly at play when White House Press Secretary Jen Psaki was asked the following question: “What does the White House plan to do, if anything, to commemorate January 6? I feel like there’s been a little push and pull internally at the White House. You’re not necessarily wanting to elevate former President Donald Trump, but also wanting to respond to some of the threats. So how are you all approaching that?”

Psaki responded: “I don’t have anything to report to you at this point in time about our plans. I expect we will have more as we get closer to the end of the year, but to the president, January 6th was one of the darkest days in our democracy. It was a day that our nation’s Capitol was under attack, and I think there’s no question you’ll see us commemorate that day.”

What the Biden administration aims to do without actually saying it directly is essentially equate January 6, 2021, with the most infamous dates in American history like December 7, 1941 or September 11, 2001. Why else would they be commemorating “one of the darkest days in our democracy,” a day that saw a disorganized bunch of hotheads force their way into the Capitol building as they expressed their anger over the election results they fervently believed to have been fraudulent?

Indeed, as we have repeatedly observed, not a single individual charged in the January 6 riot has been charged with sedition or insurrection. In fact, the vast majority of charges have been for trespassing. But, of course, the Biden administration is not interested in the facts since the truth doesn’t support the false claim of the American Republic being under threat.

What the commemoration will be used for is fodder to support Chuck Schumer and Nancy Pelosi’s efforts to push their anti-federalism, anti-election-integrity legislation, HR1/SB1, under the guise of preserving American democracy. The great irony is that the Democrats’ legislation would do just the opposite. It did the opposite, as many of the provisions already in place in some states are what fixed and led to distrust in the 2020 election in the first place.

The Democrats’ predictable pivot to “voting rights” after failing to pass BBB is a desperate bid to fend off a midterm election bloodbath.

Hoping to buoy the “threat to democracy” narrative, Leftmedia outlets The Atlantic and MSNBC tag-teamed on a bit of ridiculous propaganda by fearmongering about a coming 2024 election coup due to Republican-run states having passed election integrity laws. “The ballots cast by American voters will not decide the presidency in 2024,” warns The Atlantic. “Thousands of votes will be thrown away, or millions, to produce the required effect. The winner will be declared the loser. The loser will be certified president-elect. The prospect of this democratic collapse is not remote. People with the motive to make it happen are manufacturing the means. Given the opportunity, they will act. They are acting already.”

That is pure fiction, but, as noted above, it’s not facts that concern Democrats and the Leftmedia. Rather, it’s pure sensationalism and emotionalism. Get ready for an onslaught of hyperbole, misinformation, and downright fake news, as the Biden administration and Democrats do their utmost to convince voters that their agenda is the only hope for the country.

By THOMAS GALLATIN December  22, 2021 in Politics The White House and congressional Dems are trying to turn January 6 into September 11. It’s not only Joe Biden who has been tanking in the polls but the entire Democrat Party. Democrats find themselves facing an alarming downward polling trend: Americans favor Republicans over the party…

By THOMAS GALLATIN December  22, 2021 in Politics The White House and congressional Dems are trying to turn January 6 into September 11. It’s not only Joe Biden who has been tanking in the polls but the entire Democrat Party. Democrats find themselves facing an alarming downward polling trend: Americans favor Republicans over the party…

The delusion of a post-Trump GOP