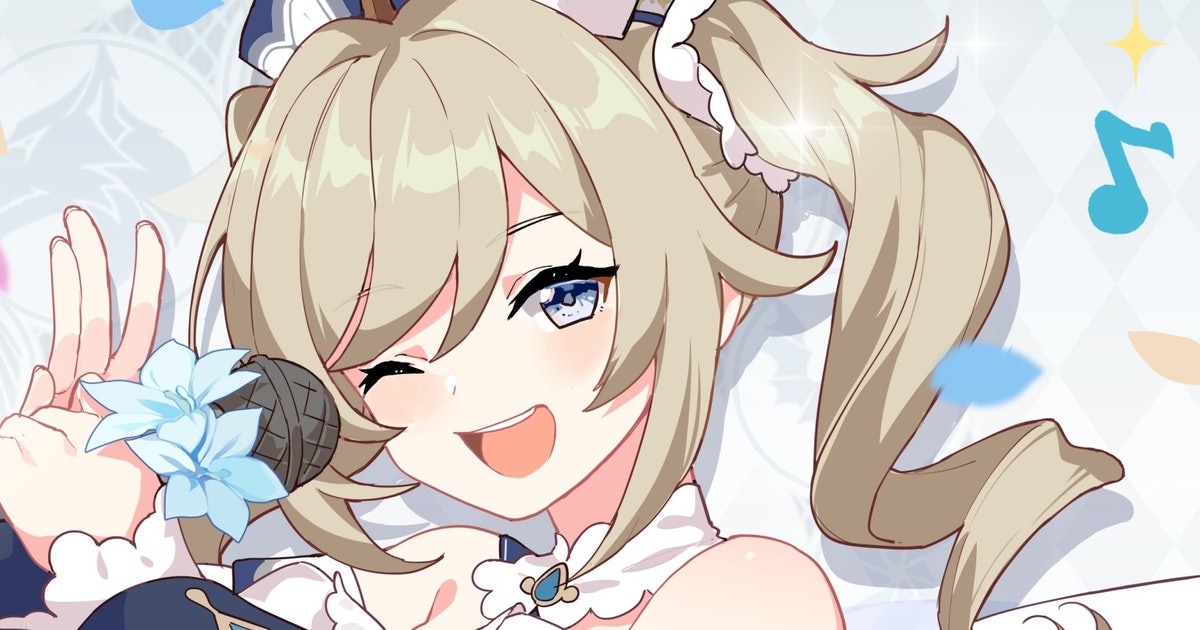 Barbara is popular as a healer in Genshin Impact, and that’s not necessarily because she’s better than Kokomi, but because she’s the one dedicated healing character you’re guaranteed to get. You unlock her by playing the main Archon quest, and though her healing doesn’t offer as much versatility as Diona or Bennett, she is great at what she does.

Just as Noelle or Xiangling are powerful free-to-play characters who have plenty of utility, Barbara is a vital party component, especially if you’re a no-spend player and don’t manage to roll another reliable healer early on. She’s also easy-to-build, easy-to-play, and has some of the most powerful healing constellations in the game. “Dedicating Everything to You,” for example, instantly revives a downed character to max HP, which is absurdly strong.

Alongside the new Husk of Opulent Dreams artifact set for Itto and Gorou, we also got a powerful healer-based set for Kokomi called Ocean-Hued Clam. As Kokomi is basically a turbo-charged Barbara, the set opens up some fun possibilities for Mondstadt’s one-and-only idol. In this Genshin Impact Barbara build guide, I’ll run through her best setup, as well as a no-spend option for you free-to-players.

Barbara is a Hydro-catalyst user whose elemental skill creates a Melody Loop that allows her to recover health for party members when she lands a normal or charged attack. Her Shining Miracle burst also recovers a large chunk of HP for your entire party when used. As all of this healing scales on Barbara’s own HP, it’s very easy to strengthen.

In this sense, a good Barbara build prioritizes HP and energy recharge. But since the Ocean-Hued Clam set now exists, it’s become a lot easier for Barbara to be both a good healer, and also deal a little damage on the side. This build should let you do both:

To start off, I need to explain how the Ocean-Hued Clam set works for this build to make any sense. For two pieces, it provides a healing bonus of 15 percent, but with four pieces it creates a Sea-Dyed Foam every time you heal a character. This foam accumulates the HP recovered as well as any overflow healing, then explodes after three seconds, dealing damage based on 90 percent of that accumulated healing. These foams can hold up to 30,000 HP, which is a fairly high cap to hit.

With that in mind, the objective of this build is to strengthen Barbara’s healing, and so also strengthen these exploding foams. Kokomi’s Everlasting Moonglow catalyst is a decent choice for that, since it boosts HP as a secondary stat, and provides a healing bonus of 10 percent. After using an elemental burst, normal attacks that hit also restore 0.6 energy for twelve seconds, so it’s good for recharging the burst, too. Unfortunately, this catalyst is only available through a limited-time weapon banner, though.

A second choice could be the four-star Prototype Amber since it also boosts HP as a secondary stat, and when you use an elemental burst, provides four energy every two seconds for six seconds. All party members also regenerate 4 percent HP every two seconds as part of this duration as well. You can forge Prototype Amber yourself with a Northlander Catalyst Billet at the Blacksmith.

If you’re less interested in dealing damage with Barbara and want to run her purely as a healer, then she has a great low-rarity weapon option and an artifact set that’s easy to get.

The three-star Thrilling Tales of Dragon Slayers’ catalyst can be found in chests out in the world, or you can get it through wishing, meaning it isn’t too hard to fully refine. Like the previous weapon options, it boosts HP as a secondary stat, and means that when you switch characters, the new active character gains 24 percent increased attack for ten seconds. It’s not an ability that helps Barbara, but as a healer, Barbara doesn’t need any boosts to attack. This way she can jump in and heal, then jump out and boost another character.

Maiden Beloved is Genshin‘s go-to healing set since it boosts healing effectiveness by 15 percent for two pieces. For four pieces, when you use an elemental skill or burst, it increases healing received by 20 percent for all your party members, lasting for ten seconds. It’s an artifact set made for Barbara since she has to follow up her elemental skill with attacks in order to heal the party. You can find Maiden Beloved in the Valley of Remembrance Domain in Mondstadt.

Barbara is popular as a healer in Genshin Impact, and that’s not necessarily because she’s better than Kokomi, but because she’s the one dedicated healing character you’re guaranteed to get. You unlock her by playing the main Archon quest, and though her healing doesn’t offer as much versatility as Diona or Bennett, she is great…

Barbara is popular as a healer in Genshin Impact, and that’s not necessarily because she’s better than Kokomi, but because she’s the one dedicated healing character you’re guaranteed to get. You unlock her by playing the main Archon quest, and though her healing doesn’t offer as much versatility as Diona or Bennett, she is great…