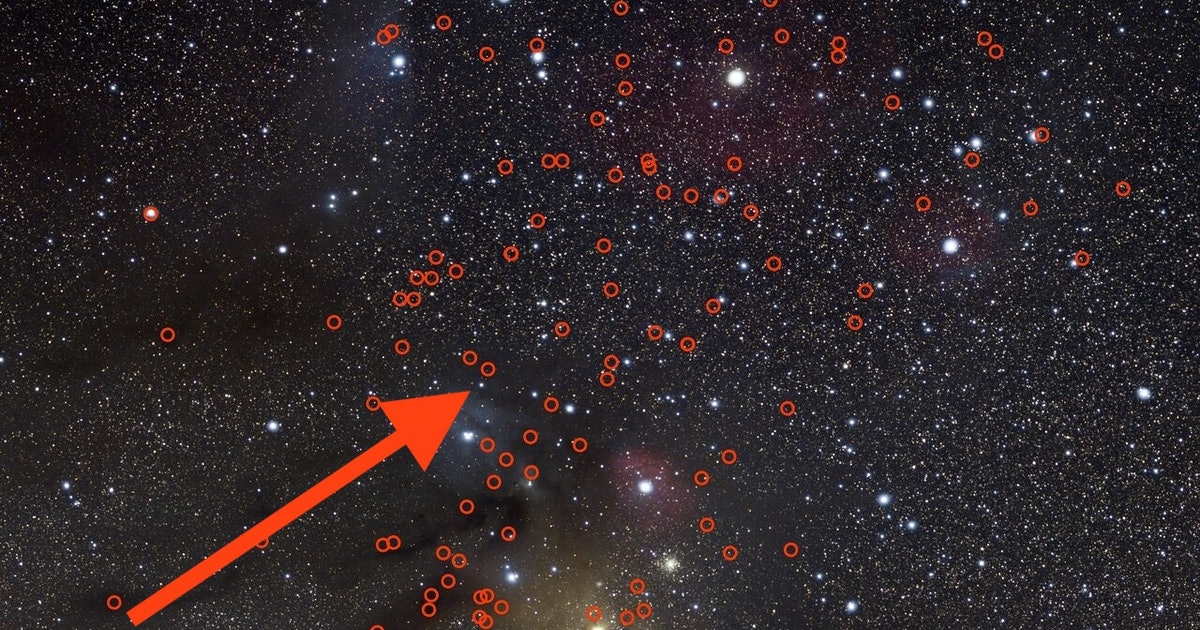 At least 70 free-floating planets found in the Milky Way

Rogue planets don’t play by the rules. These free floaters roam the universe on their own without being bound to a host star.

Astronomers know very little about these rebellious worlds, but a recent discovery may help them learn more about free-floating planets. Using data from several telescopes worldwide, a team of astronomers discovered at least 70 rogue planets in the Milky Way, marking the largest group of rogue planets ever found.

A group of researchers detailed its discovery in a study published Wednesday in the journal Nature Astronomy.

HERE’S THE BACKGROUND — When scouring the cosmos for exoplanets, astronomers wait for a dip in a star’s light that reflects when a planet is transiting around the star.

NASA launched its Kepler space telescope in 2009 to find Earth-like planets orbiting different stars. But in 2012, the telescope spotted a free-floating planetary-mass object around 100 light years away from Earth.

Planet CFBDSIR2149 was the first rogue planet discovery, and its proximity helped astronomers learn more about these planetary anomalies.

Rogue planets, also known as free-floating, nomad, or orphan planets, wander the cosmos without orbiting a star. In October 2020, astronomers discovered an Earth-sized rogue world in the galaxy, and some scientists believe these planets could even be capable of hosting life, despite all odds.

There may be plenty of rogue planets in the Milky Way, but those nomadic planets are hard to find since they emit virtually no light and don’t transit in front of a star from our view on Earth.

Instead, astronomers usually discover rogue planets through microlensing. This method uses an object in the background as a magnifying lens when a foreground object moves in front of it, bending the light in a way that can reveal a planet’s mass.

WHAT’S NEW — The team behind the recent discovery used data spanning 20 years from several ground-based and space telescopes, including the European Space Observatory’s Very Large Telescope in Chile and the European Space Agency’s Gaia satellite, combined with tens of thousands of wide-field images.

They observed the motion and luminosity of millions of sources that appeared in the data.

The researchers found at least 70 rogue planets and up to 170 candidate planets. The team found these free-floaters in a star-forming region near the Sun, located within the Scorpius and Ophiuchus constellations.

“We did not know how many to expect and are excited to have found so many,” Núria Miret-Roig, an astronomer at the Laboratoire d’Astrophysique de Bordeaux, France and the University of Vienna, Austria, and lead author of the new study, said in a statement.

The recent discovery suggests there could be a lot more of these planets roaming the galaxy. However, scientists are still not sure of their origin.

Rogue planets could have formed the same way stars do — from a cloud of gas and dust — and just exist on their own, or they could have once been a part of a star system before getting ejected.

Without a star to orbit, these planets go about their business independently, orbiting around the center of a galaxy much as stars do.

WHAT’S NEXT — The team hopes that by studying the large group of rogue planets, they will be able to identify their origins and how they formed and evolved.

They have their hopes set on ESO’s upcoming Extremely Large Telescope (ELT), which is currently under construction in the Chilean Atacama Desert and is due to start observations later this decade.

“These objects are extremely faint and little can be done to study them with current facilities,” Hervé Bouy, an astronomer at the Laboratoire d’Astrophysique de Bordeaux, France, and project leader of the new research, said in a statement. “The ELT will be absolutely crucial to gathering more information about most of the rogue planets we have found.”

NASA’s upcoming Nancy Grace Roman Space Telescope, which is set to launch in 2027, will also be equipped with the proper tools to search for these free-floaters.

Abstract: Free-floating planets (FFPs) are planetary-mass objects that are not bound to host stars. First 1 discovered in the 1990s, their nature and origin are still largely unconstrained because of a lack of large homogeneous samples enabling a statistical analysis of their properties. To date, most FFPs have been discovered using indirect methods; micro-lensing surveys have proven particularly successful to detect these objects down to a few Earth masses1, 2. However, the ephemeral nature of micro-lensing events prevents any follow-up observations and individual characterisation. Several studies have identified FFPs in young stellar clusters3, 4 and the Galactic field5 but their samples are small or heterogeneous in age and origin. Here we report the discovery of between 70 and 170 FFPs (depending on the assumed age) in the region encompassing Upper Scorpius (USC) and Ophiuchus (Oph), the closest young OB association to the Sun. It is the largest homogeneous sample of nearly coeval FFPs discovered to date. We found an excess of FFPs by a factor of up to seven compared to core-collapse models predictions6–8, demonstrating that other formation mechanisms may be at work. We estimate that ejection from planetary systems might have a contribution comparable to that of core-collapse in the formation of FFPs. Therefore, ejections due to dynamical instabilities in giant exoplanet systems must be frequent within the first 10 Myr of a system’s life.

Rogue planets don’t play by the rules. These free floaters roam the universe on their own without being bound to a host star. Astronomers know very little about these rebellious worlds, but a recent discovery may help them learn more about free-floating planets. Using data from several telescopes worldwide, a team of astronomers discovered at…

Rogue planets don’t play by the rules. These free floaters roam the universe on their own without being bound to a host star. Astronomers know very little about these rebellious worlds, but a recent discovery may help them learn more about free-floating planets. Using data from several telescopes worldwide, a team of astronomers discovered at…