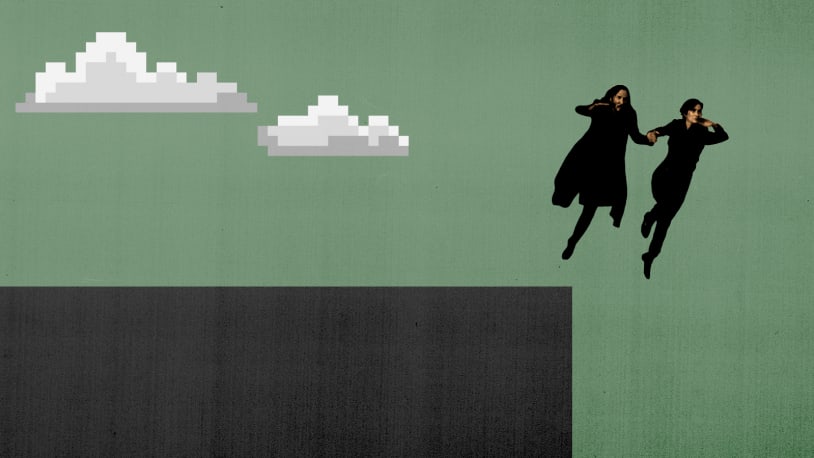 Why make another Matrix movie? The sci-fi trilogy from Lana and Lilly Wachowski ended definitively with the death of its two main characters back in 2003’s The Matrix Revolutions, and for years the Wachowskis have resisted making another entry. Lilly Wachowski even went as far as to proclaim in 2015 the idea of revisiting The Matrix was “repelling.” Instead, the pair admirably focused on ambitious new sci-fi films like Jupiter Ascending and Cloud Atlas, rather than continue to exploit their cash cow.

But now here we are, with The Matrix Resurrections, the fourth installment for which only Lana Wachowski returns to direct after Lilly said going “back to something that I had done before” would be “​emotionally unfulfilling.” For those sympathetic to the argument that anything beyond Revolutions is superfluous, Resurrections might not convince you otherwise. But this isn’t the by-the-numbers reboot we may have received in the hands of a less ambitious filmmaker than Lana Wachowski, who finds a clever way back into the story by acknowledging the skepticism over the film’s existence in the actual narrative, and mocking movie reboots and legacy sequels in the process.

The Matrix Resurrections, which hits theaters and HBO Max on Wednesday, follows 2003’s The Matrix Revolutions, which saw both Neo (Keanu Reeves) and Trinity (Carrie-Anne Moss) seemingly die after helping secure peace between humans and machines. As Resurrections opens, it looks initially like it’s going to be the Star Wars: The Force Awakens of Matrix films — that is, a follow-up to divisive sequels that will very closely resemble the plot of the original movie. In the first few minutes, characters even witness the exact scene that kicked off the first Matrix and comment that it feels familiar. It becomes clear, though, that Wachowski is bringing back this nostalgic imagery with a greater purpose and a sense of irony.

We soon find Neo, a.k.a. Thomas Anderson, living within the rebooted Matrix as a game designer who’s known for making a trilogy of sci-fi video games called … The Matrix. Like the Wachowskis, Anderson has sworn off a sequel to the original Matrix trilogy, maintaining that the story is over. But he is told that his corporate overlords at Warner Bros. — yes, the studio that’s also behind the movie sequel — will move forward on a new installment with or without him. It’s a hilarious reflection of Resurrections‘ actual road to theaters, and the meta-commentary makes for a laugh-out-loud opening half-hour as Neo is subjected to endless focus group meetings seeking to crack what made The Matrix a hit. Bullet time! Mythology! Mind-blowing philosophy!

But for Thomas Anderson, The Matrix is a highly personal project that draws on his own life — in this case quite literally, as the events of the game really happened in the original trilogy. To those above him, though, it’s just another piece of intellectual property that can be endlessly extended for profit. Wachowski seems to be grappling with the notion that a creation so personal to her — the directors came out as transgender since the release of the original trilogy and confirmed the story was intended to be a trans metaphor — could get caught up in a studio system obsessed with mining it for sequels, reboots, remakes, and theme park rides.

It does feel like a missed opportunity that the film begins to de-emphasize the meta-narrative thread as it goes along. After its first act, Resurrections eases up on the “bit” as Neo takes the red pill, exits the Matrix, and learns about what’s transpired in the real world since the events in Revolutions. Still, Wachowski makes a few unexpected choices with the narrative and can’t hide her disdain for the kind of safe Matrix reboot Warner Bros. may have made without her — at one point, a character references a line from the first film, only to comment that they weren’t “sure about the callback” — not to mention her frustration that there is clearly a much bigger audience for another Matrix movie than for any of her more original projects. “Why use old code to make something new,” another character at one point asks, and the implicit answer may be that it’s the only thing studios are even willing to finance these days.

Beyond the meta-commentary, though, the real reason Wachowski settles upon to justify resurrecting The Matrix is to further develop the love story of Neo and Trinity. Wachowski has explained that after years of swearing off a fourth film, the death of her parents (who receive a touching tribute in the closing credits) is what brought her back. “I couldn’t have my mom and dad,” she said, “yet suddenly I had Neo and Trinity, arguably the two most important characters in my life.” It’s a refreshingly personal approach to diving back into a film universe, in contrast to the focus group-driven approach satirized in the movie, and that passion for her characters comes across on screen. It’s also admirable that when figuring out what aspects of the Matrix trilogy to double down on, Wachowski’s highest priority wasn’t necessarily what fans might have suggested — like the action and mythology — but instead the romance. The film’s tensest moment doesn’t come during a fight sequence, but a scene in which Neo and Trinity simply sit across a table and talk.

That’s not to say that action and mythology aren’t a big part of the movie, and Resurrections is unfortunately lacking in truly memorable set pieces. Don’t expect anything on the level of the famous highway sequence from Reloaded, for example. While honing in on Neo and Trinity’s love story allows for a more focused narrative than the previous sequels, Resurrections also sometimes repeats the mistakes of those entries with too many scenes in which characters dump information on the audience to build out the world, at the detriment of keeping up the pace. And at the end of the day, never does this sequel reach the point where a lightbulb switches on in our heads and we realize that yes, of course this is why the story couldn’t have ended in 2003.

But as the film itself suggests, Warner Bros. was probably never going to leave this property on its shelf untouched, and another Matrix film likely would have moved forward with or without the involvement of the original directors. Given that, we can be grateful someone like Lana Wachowski, who was willing to get both tender and weird with the material, was the one to make it.

Why make another Matrix movie? The sci-fi trilogy from Lana and Lilly Wachowski ended definitively with the death of its two main characters back in 2003’s The Matrix Revolutions, and for years the Wachowskis have resisted making another entry. Lilly Wachowski even went as far as to proclaim in 2015 the idea of revisiting The Matrix was “repelling.” Instead, the pair…

Why make another Matrix movie? The sci-fi trilogy from Lana and Lilly Wachowski ended definitively with the death of its two main characters back in 2003’s The Matrix Revolutions, and for years the Wachowskis have resisted making another entry. Lilly Wachowski even went as far as to proclaim in 2015 the idea of revisiting The Matrix was “repelling.” Instead, the pair…

A worldview captured in a headline