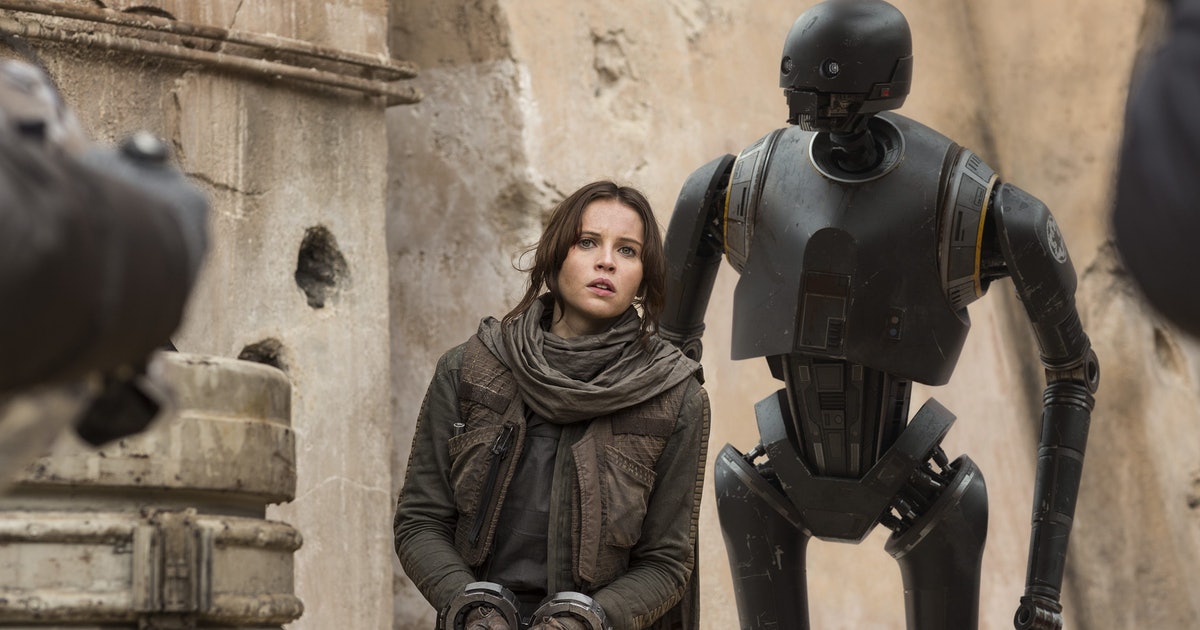 Bothan spies did not die to bring the Rebels the Death Star plans. At least not at first.

Thanks to the fact that there are two Death Stars in the classic Star Wars trilogy, it turns out there are, in fact, two spy missions to obtain secret information about Death Stars. The first was turned into the 2016 movie Rogue One: A Star Wars Story, while the second is a throwaway line of dialogue about Bothan Spies from Return of the Jedi — later explained in the non-canon 1996 comic Shadows of the Empire # 4.

For as long as most fans can remember, the Star Wars franchise has been obsessed with various backstories, turning single lines of dialogue from the original trilogy into spinoff books and movies. This isn’t a feature unique to Star Wars, but as December 2021 marks the five-year anniversary of the release of Rogue One, the nostalgia for that prequel movie is strong.

But is Rogue One actually a good Star Wars movie? A closer look reveals the film’s many flaws, and how it set the franchise on a dangerous trajectory that Lucasfilm never really recovered from.

In retrospect, Rogue One was released at the perfect time. In a recent interview, Industrial Light & Magic artist John Knoll (the guy who basically invented Rogue One) points out that Solo was initially supposed to be the first so-called “standalone” Star Wars movie before Rogue One was moved up in its place.

This probably helped Rogue One. In 2016, mainstream adoration for Star Wars was in full swing, and though there were grumblings about The Force Awakens, that film was almost universally beloved at the time. This was before the release of the divisive Last Jedi and long before the shoulder shrug of Solo or the full-on facepalm of The Rise of Skywalker. 2016 was arguably the last safe time to release a Star Wars movie before culture wars and fatigue overtook the fandom.

The reason Rogue One didn’t get smacked with “too much fan service” criticism ahead of time is only because of the year it was released. Star Wars nostalgia is precarious by definition, and it’s probably not a good thing that Lucasfilm still relies on it to sell movie tickets. Fan-service is like nuclear power. Sure, it works, but the meltdowns are pretty bad.

Rogue One kicked A New Hope nostalgia into overdrive

Prior to 2015, the fuel for Star Wars nostalgia was the scarcity of Star Wars movies. By 2018, the feeling reversed: there was too much nostalgia.

As Graeme Mcmillan recently wrote, Rogue One was the canary in the coal mine for various behind-the-scenes Lucasfilm dust-ups. That extends into the fan service, too. Rogue One’s show-stopping final sequence in which Darth Vader goes hog wild with his lightsaber was a reshoot, that wasn’t even in the original script. But it ended up stealing the entire show.

Imagine another version of Rogue One that came out in 2018 without the Darth Vader ending. The adoration fades away almost instantly and all that’s left is a movie that flagrantly contradicts canon in ways that are borderline incomprehensible. When you consider the facts, it’s odd this film is generally praised by Star Wars fans. People who love the movie would say, that it’s because of the characters that Rogue One is good, which is true enough, but only to a point.

Imagine there’s no Diego Luna. The reason there’s an upcoming Cassian Andor Disney+ show exploring the backstory of Luna’s character is simply that the actor put more into his character than was on the page.

This is the story of big sci-fi and Star Wars in general: either you get lucky with an actor or you don’t. Hayden Christensen didn’t do anything wrong in Attack of the Clones and Revenge of the Sith, but if you squint and imagine someone other than Ewan McGregor played Obi-Wan, the reputation of the prequels gets even more contentious.

With Star Wars projects, you’ve got your McGregors and your Christensens. McGregor goes way beyond what anyone expected in terms of awesomeness. Christensen understands the assignment but doesn’t necessarily generate adoration and fan hysteria.

This is where Rogue One is so utterly bizarre. The actors themselves are all talented, but it’s a mixed bag in terms of how much you buy it. Ben Mendelsohn owns the movie, while Mads Mikkelsen feels oddly out of place. Donnie Yen should have had his own Star Wars movie, while Forest Whittaker’s Saw Gerrrea felt superfluous.

Meanwhile, nobody can really agree on Felicity Jones’ Jyn Erso. Again, Jones doesn’t do anything wrong, but she doesn’t light up the screen the way Daisy Ridley did one year earlier in The Force Awakens. Jyn’s story feels contained with the film, while Cassian’s seems bigger. In short, Rogue One shows us Jyn’s entire life — from childhood to premature death — which means we’re paradoxically less curious about her after the film ends.

The fact that all the characters die at the end was praised as edgy and new at the time. However, the way the movie ends isn’t actually with their deaths.

Killing every single character in the movie is fine. For Star Wars, it’s an edgy decision. But it’s not like it’s that shocking. Because Rogue One is a backstory, we kind of know going in that these people aren’t going to be okay, otherwise Luke would have met them in A New Hope. The real problem with Rogue One is what happens after our heroes all die.

The final scenes of Rogue One betray its own spiritual premise by pivoting away from all the new characters. A truly powerful version of this movie would have just ended with Cassian and Jyn dying, but the conventions of Star Wars simply don’t allow for this kind of thing. Fan service is stronger than any force in the galaxy.

The final shots we’re left with are Darth Vader and a CGI Princess Leia, undercutting the uniqueness of the film with fan service and dot-connecting that masquerades as nostalgia. Darth Vader appearing at the end of Rogue One is more explicable than Darth Maul’s strange cameo in Solo, but it amounts to the same thing: Star Wars admitting that it’s reticent to commit to new stories and new characters longterm.

The ending of Rogue One also detracts from the beginning of A New Hope in one obvious way. Leia is no longer the daring hero who led the mission to steal the plans. She’s just a random person who was hiding in a spaceship that was hidden inside another spaceship, waiting to be handed a disc from a guy who ran down a hallway. Instead of imagining an exciting backstory involving Leia, Rogue One robs us of those unseen heroics and replaces it with mundanity.

That’s the real problem with Rogue One, in an attempt to make a cool movie out of a backstory, the adventure was made more explicable. Rogue One told us everything: Why the Death Star was vulnerable, how the Rebels got the plans, why the Empire was so unstable from within. A good magician is not supposed to tell you how the trick was done.

Five years after Rogue One, the future of Star Wars movies is more uncertain than ever. But if Lucasfilm keeps relying on nostalgia for expository-heavy storytelling, the franchise is in serious danger of explaining all of its tricks and killing the magic in the process.

Rogue One is streaming on Disney+.

Bothan spies did not die to bring the Rebels the Death Star plans. At least not at first. Thanks to the fact that there are two Death Stars in the classic Star Wars trilogy, it turns out there are, in fact, two spy missions to obtain secret information about Death Stars. The first was turned…

Bothan spies did not die to bring the Rebels the Death Star plans. At least not at first. Thanks to the fact that there are two Death Stars in the classic Star Wars trilogy, it turns out there are, in fact, two spy missions to obtain secret information about Death Stars. The first was turned…

What ‘The Matrix’ reveals about our grim Metaverse future