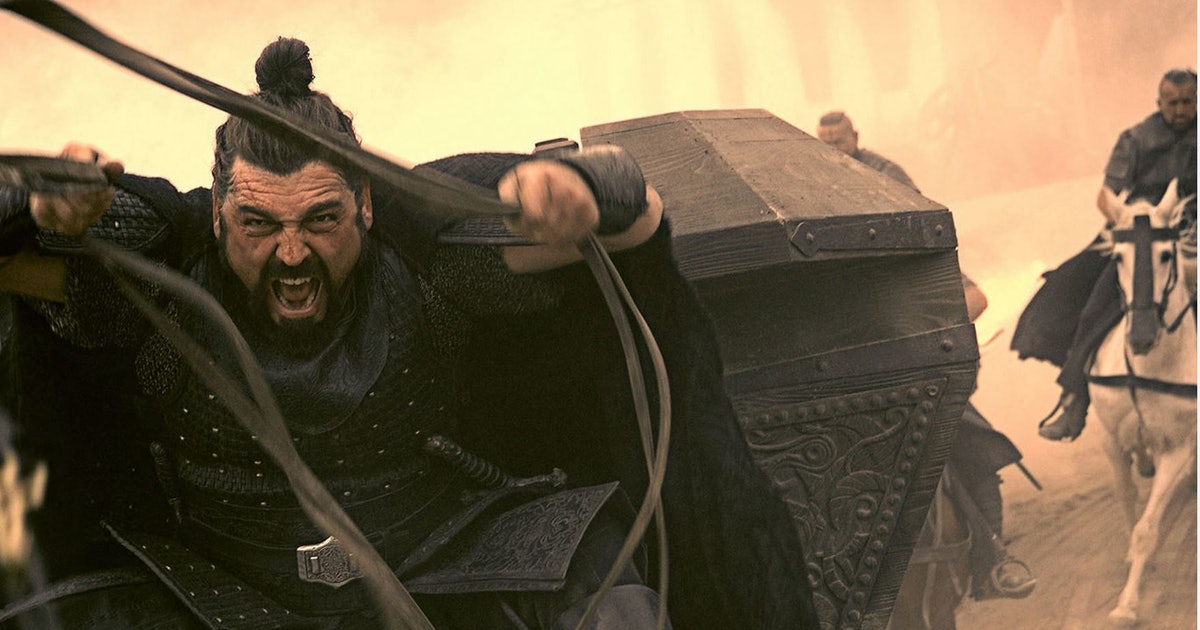 The year is 2016, and adaptations are all the rage. While Donald Trump barges his way to the White House, audiences are soaking in the spoils of Deadpool, Doctor Strange, and Captain America: Civil War. Ubisoft and 20th Century Fox, on the other hand, took their leap outside comics and into the realm of video games with Assassin’s Creed. Two decades removed from the god-awful horrors of Bob Hoskins’ Super Mario Bros., could Hidden Blades be the key to ending the curse of terrible video game movies? Five years since its disastrous theatrical release the answer to this question is still a resounding no, but this historic film leaves behind a more noteworthy legacy than one might assume.

For those who may have forgotten the basics of the Assassin’s Creed movie, we’ll recap it: Michael Fassbender assumes the role of protagonist Cal Lynch and his ancestor Aguilar, with Marion Cotillard and Jeremy Irons playing prominent roles. After seeing his father murder his mother at a young age, Lynch turns to a life of crime in which he’s nearly executed for, as he puts it, “killing a pimp.”

At the moment he’s about to receive his final judgment, Cal awakens in a sterile, Templar-run research facility called Abstergo. There, a scientist, played by Cotillard, aims to find a cure for future violence by understanding past transgressions. Her main vehicle for doing so is a massive robotic arm called the Animus that blends the user’s DNA with their ancestors’ to transport them back into the past. As the son of a known assassin with knowledge of a secret artifact called the Apple of Eden, Cal is manipulated and caught up in a centuries-long feud between Assassins and Templars. If the Templars use Cal to locate the Apple, will they leverage it to remove all free will from the human race? That’s the central question the minds behind this film want audiences to consider.

Even now, several things stick out to me about this film. It’s ironic how much of a time capsule it has become with regard to Ubisoft’s intent for the larger Assassin’s Creed franchise. This was an era in which its makers truly felt audiences enjoyed the series’ convoluted future-focused subplot, and it totally shows in the script. From the aforementioned sterile environments to computer screens filled with gibberish and water-based body scan tools, this is a film with a serious tech fetish and disregard for the historical tourism that actually makes the series great. That said, the cinematic adaptation of the Animus is so much more stupidly awesome than the souped-up tanning bed we see in the games.

While so much work is done in an attempt to make audiences feel pathos for a convicted killer in the present, delving into the past with Cal’s ancestor Aguilar is cast aside as an outlet for a string of action scenes that do a stellar job of capturing the feel of in-game combat. Held up by his robotic arm, Cal performs mid-air parkour while Aguilar climbs ancient Spanish towers. When he reaches the top, it even replicates the iconic whoosh sound and panoramic camera angles from the source game series. This stuff is actually great, but, when mixed with the futuristic love affair, the whole thing feels like two mediocre movies stitched together.

And it’s in this fury of kicks, punches, and stabs where we meet Maria. Despite the supposed celibacy of the assassins, she’s briefly showcased as Aguilar’s deadly love interest. Even though she’s a total badass, she has almost no speaking lines or character development whatsoever. When she inevitably dies halfway through the plot, Aguilar glances at her corpse for about two seconds before continuing with his fight.

It’s that apathy towards developing female leads that reminded me of a Bloomberg exposé published in 2020. In it, reporter Jason Schreier outlines a detailed depiction of Ubisoft’s offices as a studio rife with machismo and alleged sexual misconduct. When 2018’s Assassin’s Creed Odyssey was in early development, creatives were supposedly told the game couldn’t feature a sole female protagonist because the product wouldn’t sell. These are just allegations, of course, but it’s hard not to see some of those positions personified in this film.

Even Assassin’s Creed’s main plot points come off as ironic when viewed through that lens. For a movie that focuses on leveraging past transgressions to prevent future violence to be greenlit by a company infamous in the games industry for its history of alleged transgressions is also ironic. And it’s even funnier when you consider the film’s conclusion involves both Assassins and Templars slaughtering each other with Cal emerging bloody and victorious. What is the message here? Transgression exists, there’s nothing we can do about it, and some of it should be … celebrated? Even considered independently from its makers, it’s still hard to know what this movie is trying to say.

Of course, we’d be hard-pressed to say everything about Assassin’s Creed is absolutely terrible. Its story could certainly use work, but its action sequences are quite good for their time, especially the moments involving the late Michael K. Williams. It’s hilarious watching Cal master his combat arsenal in his cell by fighting with a hallucination of his ancestor. In short, Assassin’s Creed is a great plane movie. It’s a dumb action flick that tries to make a point but gives up halfway through. There are better ways to spend two hours, but you won’t feel totally ashamed by what you watch.

The good news is that, with the benefit of an eye to the future, we now know that video game adaptations get better from here. Mediocre movies like Assassin’s Creed exist so that we can eventually get Detective Pikachu, Sonic the Hedgehog, and awesome TV shows for The Witcher and Castlevania. Assassin’s Creed finds itself stranded between Super Mario Bros. and those much better alternatives. In many ways, it’s the stepping stone that improved our cinematic possibilities. It’s still kind of bad, but it’s much less frustrating today than it was at the end of 2016.

The year is 2016, and adaptations are all the rage. While Donald Trump barges his way to the White House, audiences are soaking in the spoils of Deadpool, Doctor Strange, and Captain America: Civil War. Ubisoft and 20th Century Fox, on the other hand, took their leap outside comics and into the realm of video…

The year is 2016, and adaptations are all the rage. While Donald Trump barges his way to the White House, audiences are soaking in the spoils of Deadpool, Doctor Strange, and Captain America: Civil War. Ubisoft and 20th Century Fox, on the other hand, took their leap outside comics and into the realm of video…

‘Genshin Impact’ 2.4 livestream start time, how to watch, and what to expect