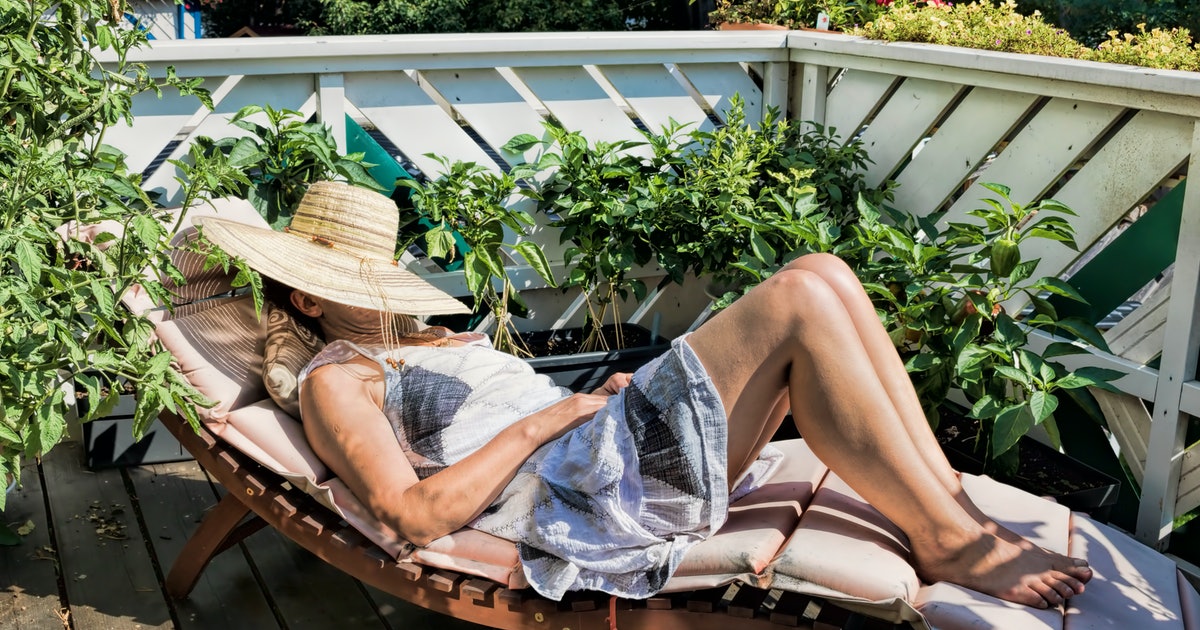 Study nails down a link between vitamin D and heart health

One hundred years ago, doctors linked rickets, a childhood disease of weak bones that had become an epidemic in smoggy cities, to industrialization’s deleterious effect on sunlight and in turn, vitamin D. Today, a century later, scientists are still trying to understand how vitamin D influences health, but a new study offers some clues to the vitamin’s role in one vital organ.

Vitamin D is one of a few health essentials gained through exposure to sunlight, though you can also get vitamin D through diet, too, by eating things like red meat, liver, egg yolks, and oily fish.

The reason why vitamin D is so critical to our well-being is that it is essential to the body’s absorption of calcium. It also has anti-inflammatory and antioxidant properties that may protect cells. On the flip side, too little vitamin D is associated with asthma, cancer, and death from cardiovascular disease.

What’s new — In a study published this month in the European Heart Journal, researchers use blood samples, genetic info, and the health histories of 295,788 people to expose a connection between low vitamin D and the risk of cardiovascular disease.

This is one of the first studies to have a sample size large enough to act as evidence for vitamin D as a causal factor in heart health, study co-author Elina Hyppönen tells Inverse. Hyppönen is a professor in nutritional and genetic epidemiology at the University of South Australia.

Although its exact role in cardiovascular health is unknown, the heart seems to cry out for vitamin D.

“As deficiency is relatively rare, we need very large populations to be able to have the required sample size for analyses of this kind,” Hyppönen explains.

“[The] UK Biobank is the largest study in the world that has measures for vitamin D status. This large sample and the available genetic information, allowed us to use a new method to test for the causal effect,” she adds.

Here’s the background — Although its exact role in cardiovascular health is unknown, the heart seems to cry out for vitamin D.

“We have long known that various parts in the cardiovascular system express receptors for the vitamin D hormone,” Hyppönen says, “as well as enzymes that are required for vitamin D metabolism.”

Past studies have used a process called Mendelian randomization to try to show vitamin D’s relationship to cardiovascular disease.

In Mendelian randomization, researchers group people in a sample together by inherited genetic markers relevant to the health outcome they want to study. We know our genes also affect aspects of our nutritional status, such as vitamin D levels in the blood. Using this method, researchers can study blood vitamin D levels using these genes and look at their association with heart disease — in the case of this study, it allowed the researchers to discover evidence for a causal role of vitamin D in heart disease.

Mendelian randomization is particularly useful in cases where a randomized control study would be impractical or unethical — like denying someone vitamin D by blocking access to sunlight or restricting their diet, for instance.

“To provide evidence for a true causal effect, we typically need to conduct randomized trials, where some participants receive treatment and some do not,” Hyppönen says.

“It is not ethical to do this in the context of a known nutritional deficiency, as we would need to deprive some people from the treatment they need,” she adds.

Past Mendelian randomization studies looking for a causal relationship between vitamin D deficiency and cardiovascular disease came up null. But the hulking U.K. Biobank has provided health researchers with some interesting new avenues to investigate health outcomes. It offers access to health histories, genetic information, and blood samples from 500,000 volunteers.

And as a bonus to this study, most of them are trapped under a nexus of air masses that creates the U.K.’s notoriously grey skies.

How They Did It — Researchers accessed vitamin D levels from the blood samples of 295,788 Biobank participants. Using the Mendelian randomization method, they then grouped all of the participants in similar genetic profiles, allowing them to isolate vitamin D levels as the only factor with an impact on rates of cardiovascular disease. According to medical histories, 44,519 people in this population had cardiovascular disease.

Vitamin D in the blood is measured in nanomoles per litre (nmol/L). The Institutes of Medicine consider 50 nmol/L or higher a healthy level, able to sustain bone density and calcium absorption.

This means there was little association between heart disease and vitamin D levels in the blood until the scale at the bottom reached that 50 nmol/L threshold. Then correlation picked up and got exponentially higher the lower the vitamin D level went.

Why It Matters — Vitamin D deficiency is not as acute a problem as it was at the beginning of the 20th century, when smog swallowed the sky in many naturally cloudy areas and perhaps 80 to 90 percent of children in Europe and North America had signs of rickets.

By the 1930s, science had established that vitamin D can be got through exposure to sunlight or your diet. Cod-liver oil presented a dietary solution to vitamin D deficiency: Most Americans and Europeans didn’t eat, or even have access to, sufficient amounts of actual fish like salmon or mackerel to get their fill of vitamin D without this kind of supplement.

Another solution came via dairy: Both American and European dairy producers were tasked with fortifying milk with vitamin D. This process usually involves adding a fungus derivative called ergosterol, which naturally makes vitamin D when exposed to light.

Commercial bread, breakfast cereal, and orange juice are also often fortified with vitamin D, putting enough of it in the food supply and eliminating rickets. But people living in some places can still have too little vitamin D in their blood. In Australia, the paper posits, 23 percent of people have vitamin D blood levels lower than the recommended of 50 nmol/L. In the U.S. and Canada, the numbers are higher, at 24 percent and 37 percent respectively.

In the U.K. Biobank, 55 percent of participants had levels lower than 50 nmol/L.

“As participants in the UK Biobank in general are healthier than the general public, the true prevalence of low vitamin D status in the UK population is likely to be higher,” the paper notes. The U.K. fortifies less of its food supply with vitamin D than the U.S. and Canada, Hyppönen notes.

For places where lots of people have too little vitamin D, Hyppönen recommends going back to the same solutions scientists had 90 years ago: Add vitamin D to food.

Aims: Low vitamin D status is associated with a higher risk for cardiovascular diseases (CVDs). Although most existing linear Mendelian randomization (MR) studies reported a null effect of vitamin D on CVD risk, a non-linear effect cannot be excluded. Our aim was to apply the non-linear MR design to investigate the association of serum 25-hydroxyvitamin D [25(OH)D] concentration with CVD risk.

We also estimated the potential reduction in CVD incidence attributable to correction of low vitamin D status. There was a L-shaped association between genetically predicted serum 25(OH)D and CVD risk (Pnon-linear = 0.007), where CVD risk initially decreased steeply with increasing concentrations and levelled off at around 50 nmol/L. A similar association was seen for systolic (Pnon-linear = 0.03) and diastolic (Pnon-linear = 0.07) BP. No evidence of association was seen for cardiac-imaging phenotypes (P = 0.05 for all). Correction of serum 25(OH)D level below 50 nmol/L was predicted to result in a 4.4% reduction in CVD incidence (95% confidence interval: 1.8-7.3%).

Conclusion: Vitamin D deficiency can increase the risk of CVD. Burden of CVD could be reduced by population-wide correction of low vitamin D status.

One hundred years ago, doctors linked rickets, a childhood disease of weak bones that had become an epidemic in smoggy cities, to industrialization’s deleterious effect on sunlight and in turn, vitamin D. Today, a century later, scientists are still trying to understand how vitamin D influences health, but a new study offers some clues to…

One hundred years ago, doctors linked rickets, a childhood disease of weak bones that had become an epidemic in smoggy cities, to industrialization’s deleterious effect on sunlight and in turn, vitamin D. Today, a century later, scientists are still trying to understand how vitamin D influences health, but a new study offers some clues to…

What time should you eat meals to gain muscle? The complex science, explained