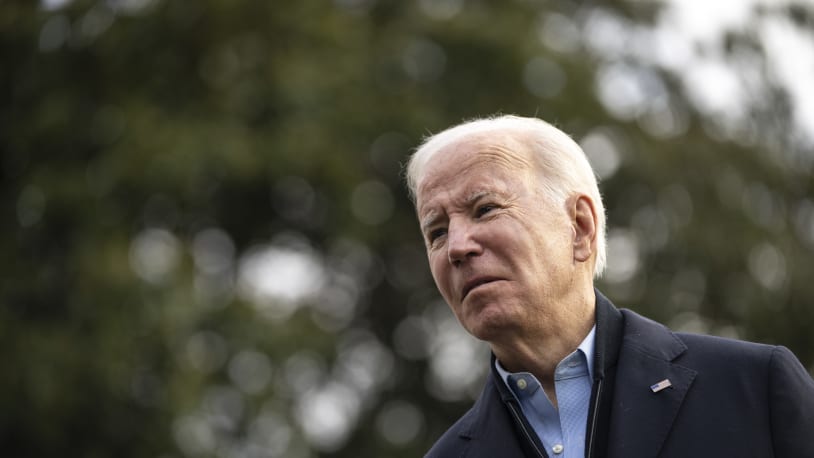 President Biden will not be the next FDR. The fun, hopeful part of his presidency is officially over.

Unsurprisingly, it was Sen. Joe Manchin (D-W.Va.) who administered the death blow to the ambitions of Biden and his party. On Sunday, he announced — on Fox News, appropriately — he wn’t be voting for the Build Back Better bill, which progressives in the party had hoped would cement the federal government’s role in supporting families, strengthening the health care system, and fighting climate change.

“I cannot vote to continue with this piece of legislation. I just can’t. I’ve tried everything humanly possible. I can’t get there,” Manchin said. “This is a ‘no’ on this legislation.”

Granted, other Democrats helped bring about this failure by trying to cram everything their constituent groups wanted into a single bill and trying to govern as though they had large congressional majorities instead of the razor-thin margins they actually possessed. But it’s also true the party spent much of 2021 attempting to get Manchin to “yes” — paring back the size of the bill, cutting out proposed tax increases for billionaires — only to watch him walk away from the table. The party’s leaders even surrendered their leverage by passing the bipartisan infrastructure bill (a Manchin priority) instead of keeping it on ice until BBB negotiations were complete. For all that, they’ll get nothing.

No wonder the president is so angry. He thought Manchin — who visited the White House last Tuesday for talks on the bill — was still negotiating in good faith.

“Sen. Manchin promised to continue conversations in the days ahead, and to work with us to reach that common ground,” the White House said in a statement later Sunday. “If his comments on Fox … indicate an end to that effort, they represent a sudden and inexplicable reversal in his position, and a breach of his commitments to the president and the senator’s colleagues in the House and Senate.

As Biden and other party leaders contemplate defeat, here are three lessons to take from this debacle:

Arguably, the problem isn’t the filibuster but the Senate itself — which disproportionately advantages votes in rural, predominantly white, Republican-leaning states. Lefty rhetoric suggesting Manchin has commandeered the presidency from Biden is silly: The Senate is half of a co-equal branch of government, and Manchin is not obligated or required to defer to a president from the same party. But neither is the median voter in America a coal miner from a relatively homogeneous, sparsely populated state. A bad system produces bad results.

Still, you have to play the hand you’re dealt, and so far, Democrats have failed to do so.

Democrats are in even worse shape for 2022. It’s been clear since Republican Glenn Youngkin’s gubernatorial victory in Virginia last month that Democrats in Congress are probably facing a wipeout in next year’s midterm elections. It’s almost always the case that the president’s party does poorly during midterms — and the Republicans tend to have better midterm turnout anyway.

Manchin’s announcement might amplify the challenge: How, exactly, are Democrats supposed to get their supporters to the polls if their election victories turn into policy failures? How are they supposed to convince independent voters they can do stuff? There are signs that a backlash is brewing on the left already.  “All [voters] know is we have controlling majorities in all those places,”  Rep. David Cicilline (D-R.I.) said last week, “and we ought to be able to deliver, and they’re right.”

This would be a good time to cancel student loans. When presidents lose their congressional majorities, they usually turn to stuff they have more control over — foreign policy, executive orders that shape how the government runs on a day-to-day basis, vigorous rulemaking at agencies like the EPA to nudge policy in a leftward direction. Biden hasn’t technically lost the majority, but Sunday’s news indicates he might need to make that pivot anyway.

A way to make it feel less like defeat: Canceling federal student loan debt. Biden promised to do so during the campaign, but so far hasn’t followed through. Instead, a two-year moratorium on payments is due to end Feb. 1, and the president apparently means to let it happen. But if Biden wants voters — particularly younger voters, who are fast deserting him —  to believe Democratic governance can be meaningful and solve problems, he is going to have to do something bold. Relieving them of an onerous debt burden would be a good start.

Now, all may not be lost for Democrats. New York’s Jonathan Chait suggests Manchin’s announcement is merely a negotiating ploy, and that the Build Back Better bill (or some elements of it, at least) is not dead yet.

In the meantime, though, it’s certain that some families will suffer — without BBB, there will be no more Child Tax Credit payments, which reduced hunger for needier households. And honestly, it’s just a bummer. With the still little-known Omicron variant rising, the climate continuing to heat up, Roe v. Wade perhaps soon to be overturned, and former President Donald Trump still eager to return to the White House, it’s difficult to see a light at the end of the tunnel.

2021 was supposed to augur revival; instead, it’s ending as just another depressing year of American decline.

President Biden will not be the next FDR. The fun, hopeful part of his presidency is officially over. Unsurprisingly, it was Sen. Joe Manchin (D-W.Va.) who administered the death blow to the ambitions of Biden and his party. On Sunday, he announced — on Fox News, appropriately — he wn’t be voting for the Build…

President Biden will not be the next FDR. The fun, hopeful part of his presidency is officially over. Unsurprisingly, it was Sen. Joe Manchin (D-W.Va.) who administered the death blow to the ambitions of Biden and his party. On Sunday, he announced — on Fox News, appropriately — he wn’t be voting for the Build…