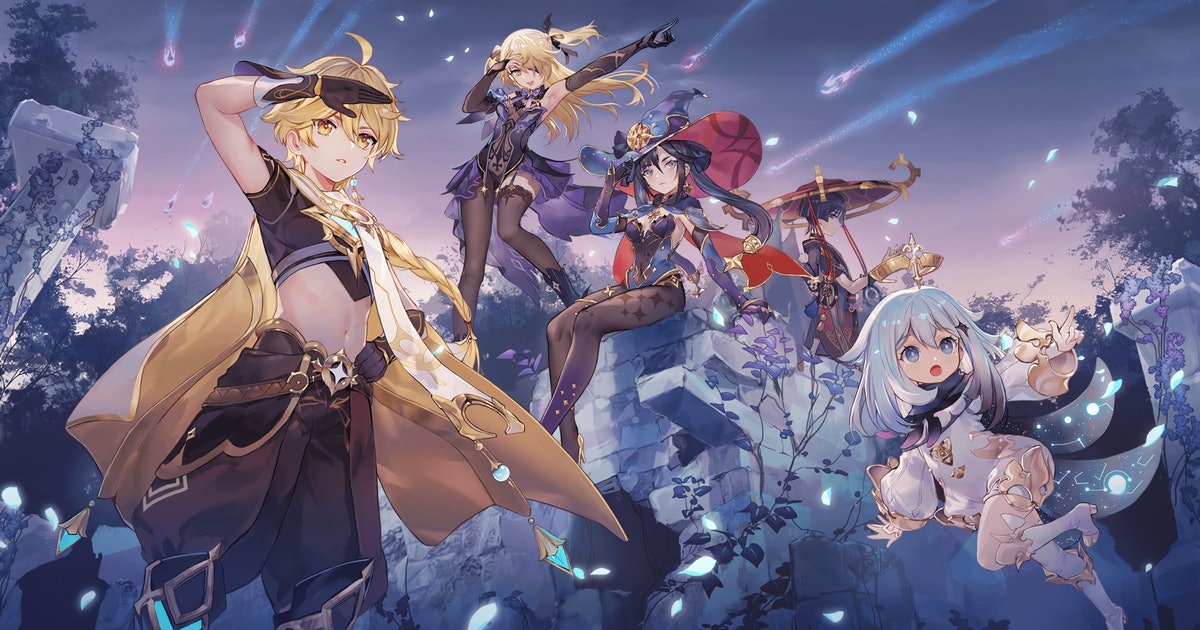 How to do the event

There is a new Genshin Impact Misty Dungeon event that’s basically a better version of the Test Run, letting you try out all sorts of characters you might not have yet. It’s all in the effort of testing out how these characters perform in a fight. Each of the different event trials is tailored to a specific elemental reaction or playstyle, so you can mess around with party compositions in a fairly risk-free environment.

After all that sneaking about and avoiding deadly dogs in the Bantan Sango Warrior Dog event, it’s refreshing to get back to what Genshin is all about: experimenting with elements, and finding ways to push your damage into the stratosphere. Now that Itto and Gorou have released, things are starting to wind down for version 2.3, and Misty Dungeon is one of the last events we’ll get.

The livestream for the next version may not have been announced just yet, but we already know quite a bit about what’s likely to arrive due to Genshin Impact 2.4 leaks, including more details about the new characters, Shenhe and Yun Jin. That said, let’s take a look at the new Genshin Impact Misty Dungeon event, and how to complete it for those rewards.

How does the Genshin Impact Misty Dungeon event work?

The Misty Dungeon is a lot simpler than a lot of Genshin Impact‘s other events, and you won’t have to complete any prerequisite quests as you did with Shadows Amidst Snowstorms. You simply head to the event menu, select one of the available trials, choose your party, and drop right in.

Similar to Labyrinth Warriors, you’ll be moving through a maze of fog-filled rooms, each with its own battle to complete. The key difference here is that you only need to complete four of these challenges overall — three regular battles and the final boss battle that they unlock. The three you need to complete are marked with red pillars of light that rise into the sky, and you can recognize each as the podium you use to activate them will feature a runic symbol, as opposed to a downward-facing sword, or water droplet with wings.

Each trial focuses on a different elemental reaction or playstyle, and this is where the other battles come in. Any challenge marked with that sword will increase the potency of the trial’s buff, allowing you to deal more damage and get even stronger. Challenges marked with the water droplet, on the other hand, will revive and heal all of your characters—useful if you decide not to bring a character with healing.

Finally, there are also turrets located around the dungeon that will activate if you get too close. You can either avoid these or disable them with a different elemental attack. It’s pretty simple on the whole: fight through the dungeon within the time limit and complete the trial’s condition, whether it’s using elemental bursts, specific reactions, or skills. This will ensure you get both sets of trial rewards.

What are some good Genshin Impact Misty Dungeon party comps?

The Misty Dungeon event is a great place to try out characters you might not have for longer than the usual Test Run event. Having to fulfill specific battle conditions also lets you see what they can really do, and get a good idea of their playstyle. That’s the fun of the event, really, experimenting with parties and using each trial buff to push your damage to new heights.

If you haven’t played most of the characters involved in the trials, and just want to clear it to get those rewards fast, here are some party comps that’ll work.

The first trial focuses on the Electro-Charged reaction you get from combining Hydro and Electro, increasing its damage, and reducing ability cooldown. Here’s who we used:

Raiden’s burst recharges other party members’ bursts, and when you add this to the trial’s cooldown decrease every time you cause an Electro-Charged reaction, things can get a bit OP. Her elemental skill is also one of the best sources of consistent Electro in Genshin and can be used almost constantly.

Barbara can heal and use Melody Loop to apply Wet to nearby enemies, and Xingqiu can use the Rainscreen skill to give you damage-reducing Rainswords, and the Raincutter burst to follow up regular attacks with Hydro. Finally, we added Beidou because if you hold her skill and release when she’s hit, she performs a parry strike that’s always fun.

The second trial increases the damage dealt to enemies frozen with Hydro and Cryo. Here are our picks:

As a catalyst-user, Mona applies Hydro easily, and her burst combines well with Diona’s to freeze enemies in an AoE. Ayaka and Mona both also have alternate sprints that apply Cryo and Hydro respectively, allowing you to insta-freeze enemies by simply running around. Add Ayaka’s post-sprint Cryo weapon infusion, and it’s easy to keep foes frozen stiff.

This trial is all about using the Swirl reaction and increases party attack every time you activate it. Here’s who we picked:

Since Kazuha is the only Anemo character available, as long as you pick him it doesn’t really matter. You can basically drop his burst, then just blaze away with every other element you have to cause Swirl. We picked Keqing for her skill’s elemental weapon infusion, Fischl for her Electro turret skill, and Barbara for her healing.

This trial is burst-based, and using bursts will increase burst damage. Here’s our team:

Raiden is built for this one, as other characters’ bursts strengthen hers with Resolve stacks, while her burst, in turn, recharges theirs. Getting her burst first is a good way of making sure everyone else gets theirs quickly. Eula and Beidou are both powerful burst characters, and we took Sayu for healing, and for how well her Windwheel skill combines with Raiden’s Eye of Stormy Judgement.

That’s every trial that’s been released as of when this was written, but as with the usual staggered release, there are three more trials yet to come.

Alas, unlike other Domains, the Misty Dungeon event isn’t playable in co-op. You do, however, get plenty of strong characters who already have great builds, and with only one difficulty, it really isn’t that tough to beat each trial to get those rewards.

And that’s everything you need to know about the Genshin Impact Misty Dungeon event. Good luck!

There is a new Genshin Impact Misty Dungeon event that’s basically a better version of the Test Run, letting you try out all sorts of characters you might not have yet. It’s all in the effort of testing out how these characters perform in a fight. Each of the different event trials is tailored to…

There is a new Genshin Impact Misty Dungeon event that’s basically a better version of the Test Run, letting you try out all sorts of characters you might not have yet. It’s all in the effort of testing out how these characters perform in a fight. Each of the different event trials is tailored to…

Rewards and how to find all three on Caldera