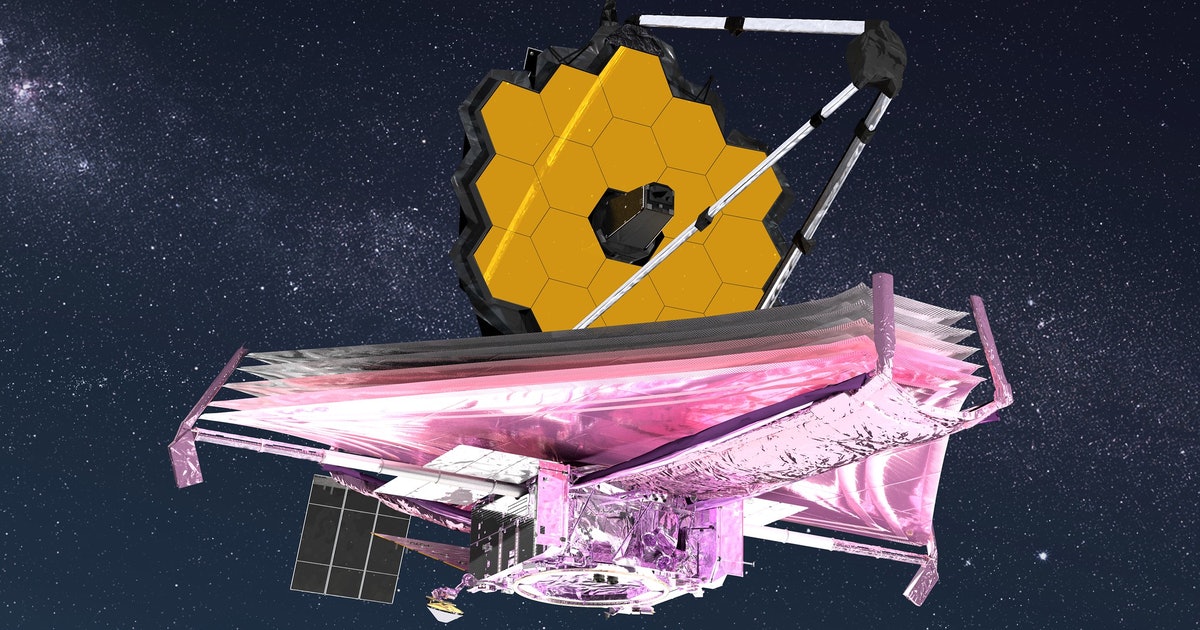 Behold! The James Webb Space Telescope is ready to launch

Whether you celebrate Christmas or not, this is a week for celebration: On Friday, the James Webb Space Telescope is set to launch — kickstarting a new era of space science. Instead of wrapping presents faster than you can say “scissors,” I’ll be watching the observatory take off aboard the Ariane 5 into space. And you can, too.

I’m Claire Cameron, an editor at Inverse. Embrace the new week and keep scrolling to read all about how Google is trying to make your phone better at listening to you and more from Inverse.

This is an adapted version of the Inverse Daily newsletter for Monday, December 20, 2021. Subscribe for free and earn rewards for reading every day in your inbox. ✉️

The James Webb Space Telescope is set to launch on December 24. The telescope will transform space science as we know it — it is designed to study how galaxies, stars, and planets form.

The telescope will collect infrared images of some of the cosmos’ most ancient stars and galaxies, some of which formed 13.6 billion years ago (or about 200 million years after the Big Bang). It will also peer at newborn stars as they coalesce in nearby clouds of gas and dust.

At the same time, the telescope may detect potentially habitable planets around other stars in our galaxy. The telescope is powerful enough to discern exactly what gases are in the atmospheres of exoplanets as they pass in front of their host stars on their orbital paths. As it can image objects in infrared, the telescope may be particularly capable of discovering new details about distant gas giant planets — similar to Jupiter — orbiting other stars.

Here’s how to watch it live.

Researchers at Google are designing a new speech recognition app to recognize atypical speech patterns. Will it work?

This sounds dystopian — Google is trying to make your phone better at listening to you talk — but for people who either have poor or no verbal communication abilities, being misunderstood or just outright ignored can be a daily experience that affects both their quality of life and their ability to move in the world. At the same time, the near-ubiquitous, voice-controlled technologies we have welcomed into our lives — smartphones, Google Homes, Alexas, and so on — also don’t tend to catch their drift.

In fact, Google’s speech recognition software is so terrible that the company is trying to fundamentally change how computers hear humans with varying verbal abilities — “Project Relate.”

Here’s how it works.

Read this next: Cellphone data reveals why humans suck at navigating cities

This is the perfect EV for one important reason: wickedly fast charging. It offers recharge speeds from 10 to 80 percent in 18 minutes. Last week, Inverse contributor Jordan Golson got to test the new Hyundai Ioniq 5, and it’s his favorite of the new crop of electric cars.

It’s the first to run on Hyundai’s purpose-built E-GMP platform. That platform is designed to maximize interior space and allows for designs that aren’t possible with a traditional internal combustion engine.

The Ioniq 5 is fun to drive, like so many EVs are, and the packaging and design are exquisite. But the fast charging experience will be life-changing for EV owners. We tested some Electrify America charging stations, and the Ioniq 5 was quickly charging well over the maximum charging speed of the EVs from Ford and Volkswagen.

TikTok famous doctor Jake Goodman posted about being a psychiatry resident who takes medication for his mental health. Then came the backlash.

“When you’re the person who is supposed to be saving people, it can be really hard to admit you’re struggling,” Goodman tells Inverse.

The pandemic has only exacerbated healthcare workers’ mental health challenges — but for both professional and cultural reasons, few admit they need help or seek it out. Goodman says there are two big factors that keep these rates so high: Fear of losing one’s medical license as a result of admitting mental health issues, and the worry that to do so would cost patients’ respect and trust in their ability to care for them.

Go deeper: 10 minutes of this accessible exercise may result in a better brain

Whether you celebrate Christmas or not, this is a week for celebration: On Friday, the James Webb Space Telescope is set to launch — kickstarting a new era of space science. Instead of wrapping presents faster than you can say “scissors,” I’ll be watching the observatory take off aboard the Ariane 5 into space. And…

Whether you celebrate Christmas or not, this is a week for celebration: On Friday, the James Webb Space Telescope is set to launch — kickstarting a new era of space science. Instead of wrapping presents faster than you can say “scissors,” I’ll be watching the observatory take off aboard the Ariane 5 into space. And…