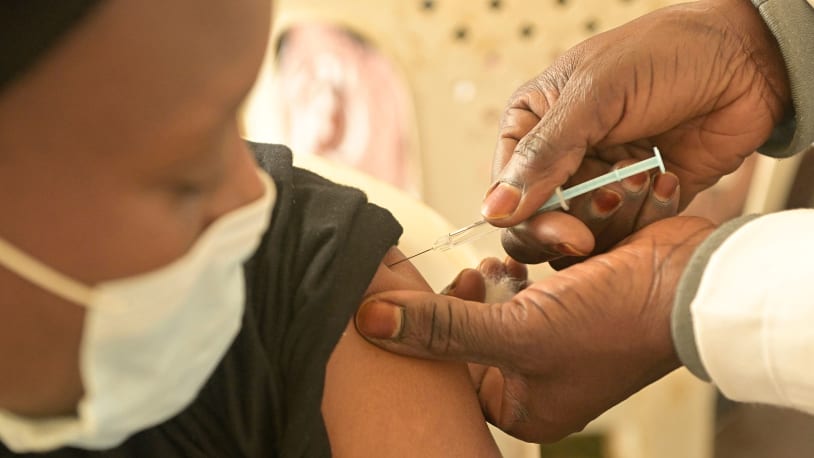 The failure to vaccinate Africa

The U.N.’s Covax program has delivered few doses to Africa, where the Omicron variant was first detected. Why? Here’s everything you need to know.

How is global vaccination going?

By some metrics, remarkably well. In a little less than a year, more than 8.3 billion doses of COVID-19 vaccines have been distributed globally, and 55 percent of the world’s population has received at least one vaccine dose. But this monumental effort has left the undeveloped world behind — particularly in Africa. Only 6.6 percent of people in low-income countries have received at least one dose of the vaccine. In Africa, where the Omicron variant was recently discovered, just 7.5 percent of the continent’s population has been fully vaccinated. Most doses of the various vaccines have gone to wealthy countries in Europe and the U.S., which spent hundreds of billions on early orders; millions of people in these countries are now receiving their third shots — sparking allegations of vaccine hoarding. “We’re looking into a situation where high-income countries will keep getting regular boosters, while people in low-income countries haven’t even had their first dose,” said Alexandra Phelan, an adjunct professor of global and public health law and ethics at Georgetown University.

What are the consequences?

In the Global South, the paucity of vaccines means more sickness and death, along with economic damage to societies already mired in hunger and poverty. Unvaccinated populations also can become breeding grounds for new coronavirus variants that spread all over the world. Harmful variants can mutate within unvaccinated or immunocompromised populations, such as the large number of untreated HIV-positive people in southern Africa. The Delta variant spread out of control this year in India, where vaccination rates were low at the time. Experts now fear we’re entering a vicious cycle where rich countries order boosters to protect against variants developing in poor countries without their own access to vaccines.

What causes the unequal distribution?

The World Health Organization’s Covax program, backed by the United Nations, has largely failed in its promise to deliver 2 billion vaccine doses in 2021 to the countries in dire need of them. There are several reasons for the shortfall. One is that India — where most doses for Africa were supposed to be made — halted vaccine exports when it was hit by a catastrophic wave of COVID in April. Secondly, it has proved difficult to get doses from airports in Africa to syringes in arms. About 40 percent of vaccines delivered to Africa thus far have not been used, and thousands of doses have expired and been discarded. Thirdly, pharmaceutical companies have delivered just 12 percent of a promised 994 million doses to Covax, according to an October report by the People’s Vaccine Alliance. Covax officials have accused the pharma companies of prioritizing rich countries rather than fulfilling their Covax commitments. “We need greater transparency from the industry, so it is clear if countries or other buyers are jumping the queue,” said Covax managing director Aurélia Nguyen.

Some advocates insist drug companies must do more by waiving patents on their vaccines. The U.S. joined Russia and China in May in calling for a temporary ban on intellectual property rights for COVID-19 vaccines, which could help low-income nations boost their own vaccine production. But opponents, including the European Union and drug companies themselves, argue that patent waivers will discourage expensive innovation in research. And it could take years for developing nations to gain the capability to produce their own vaccines, meaning waivers would not make an immediate impact. Executives have also cited global vaccine hesitancy as a reason not to make generic versions of their vaccines, particularly the innovative mRNA vaccines produced by Moderna and Pfizer and BioNTech. “People want to be sure that the vaccine they get has the same high quality as we have here in the Western world,” said BioNTech chief medical officer Özlem Türeci. Critics dismiss this as an excuse to prioritize profits over public health.

Vaccines must be kept in cold storage — especially Pfizer’s mRNA shots — and expire quickly once thawed, so it’s not possible to load up the unused doses in your local pharmacy and fly them to Botswana. In addition, many developing countries can’t find people to inoculate. The same week Omicron was detected, South Africa delayed a delivery of incoming vaccine shipments because officials couldn’t use those it already had in stock. That’s partly because of vaccine hesitancy, and partly because the world is currently facing a shortfall of 1 billion to 2 billion syringes.

Can global vaccine production be boosted?

Yes, but it will require time, money, and patience — all things that are in short supply. At least 12 COVID vaccine production facilities are either set up or in the pipeline in six African countries, some of which will “fill and finish” imported vaccine substance to produce hundreds of millions of doses of Johnson & Johnson, Pfizer, China’s Sinovac, and Russia’s Sputnik V by the end of 2022. BioNTech has announced it will build manufacturing hubs in Rwanda and Senegal, but the continent remains years away from manufacturing enough of its own vaccine to inoculate most of its population. “This is too little, too late,” said independent public health consultant Rohit Malpani of the BioNTech announcement. “Nothing should have stopped BioNTech from doing this a year ago.”

byThe Week Staff December 19, 2021 December 19, 2021 The U.N.’s Covax program has delivered few doses to Africa, where the Omicron variant was first detected. Why? Here’s everything you need to know. How is global vaccination going? By some metrics, remarkably well. In a little less than a year, more than 8.3 billion doses…

byThe Week Staff December 19, 2021 December 19, 2021 The U.N.’s Covax program has delivered few doses to Africa, where the Omicron variant was first detected. Why? Here’s everything you need to know. How is global vaccination going? By some metrics, remarkably well. In a little less than a year, more than 8.3 billion doses…

Dutch announce Christmas lockdown to slow the spread of Omicron