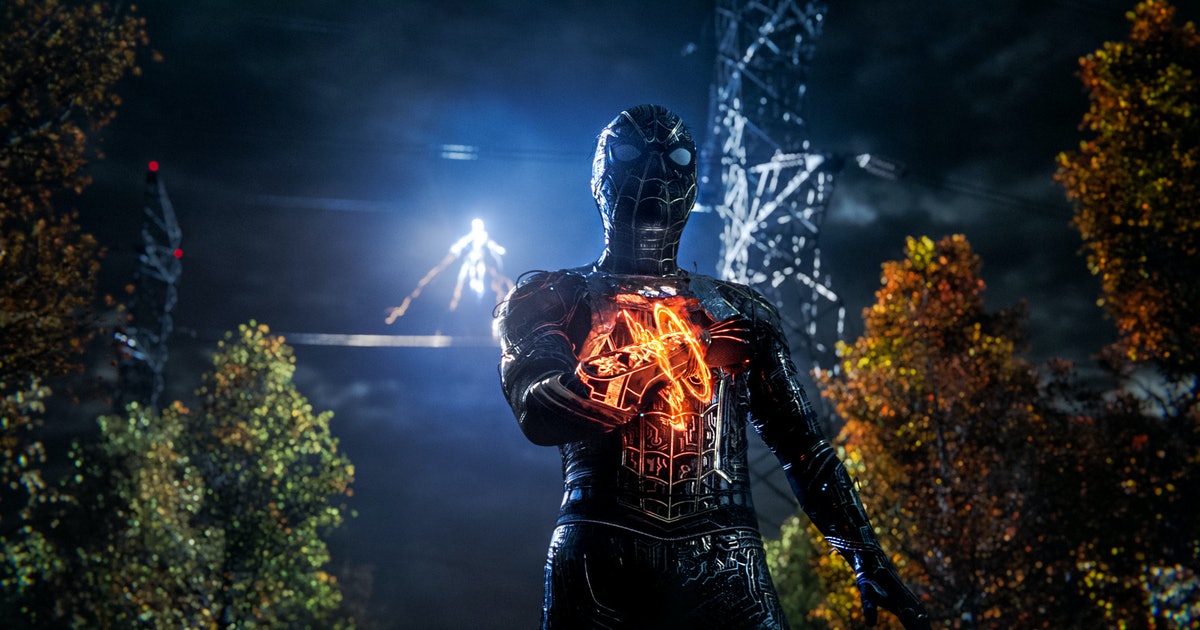 It’s not a spoiler to say that Spider-Man: No Way Home is practically brimming with Marvel cameos and references. The new superhero flick stars a number of characters from Sony’s non-MCU Spider-Man films, including Alfred Molina’s Doc Ock, Willem Dafoe’s Norman Osborn, Jamie Foxx’s Electro, and Rhys Ifans’ The Lizard, to name just a few.

As a result, No Way Home essentially serves as both a culmination of Tom Holland’s (first) Spider-Man trilogy and as a look back on the superhero’s big-screen legacy as a whole. Notably, the film’s connections to Spider-Man titles of old even prove, once and for all, why we all should have appreciated one previous actor’s performance more than we did at the time.

Despite months of denying their involvement in the film, Tobey Maguire and Andrew Garfield are, indeed, in Spider-Man: No Way Home. Playing the same versions of Peter Parker they did in their respective, Sony-led Spider-Man films, the two actors show up near the end of No Way Home’s second act to not only inject some new energy into the film but also to help motivate Tom Holland’s Peter to finish his mission.

Watching the three Spider-Men interact together is delightful — especially when they’re playfully referencing the various differences between them — but it can also get emotional, and we mean that as a positive. A conversation about the losses they’ve each suffered is so powerful, in fact, that it almost tricks you into thinking it was always Sony’s plan to bring them together on-screen.

Follow all of Inverse’s Spider-Man coverage at our No Way Home hub.

But as good as both Maguire and Holland are during their scenes together in No Way Home, it’s Andrew Garfield who unquestionably steals the show in the film’s third act.

From the moment he walks into Ned Leeds’ (Jacob Batalon) living room in Spider-Man: No Way Home, Andrew Garfield is about as charming and charismatic as an actor can be. His first interaction with MJ (Zendaya), in which she demands that he crawl on the ceiling to prove he’s actually Peter Parker from another universe, is one of the funniest scenes in the entire film. Similarly, his joke about Maguire looking like a “youth pastor” might be the single best quip we’ve heard in any of the MCU’s Spider-Man films.

Garfield, who has proven himself as one of Hollywood’s most talented actors in the years since his Spider-Man run ended, outshines both Holland and Maguire in every scene they share together. He’s funny and smart in all the ways Peter Parker should be, and the lingering sadness his character feels over the death of Gwen Stacy (Emma Stone) is beautifully communicated by Garfield.

There is, perhaps, no line in No Way Home that holds as much unspoken weight as when Garfield says, with shame in his voice, that he just “stopped pulling [his] punches” at some point after Gwen’s death.

Garfield’s reprisal of Peter Parker in No Way Home is so good, in fact, that it’s hard not to hope he’ll return as the character again in the future. But the fact of the matter is: Garfield was always this good at playing Spider-Man, and he’s always been able to navigate the character’s various layers with the same vulnerability that he does in No Way Home.

The Inverse Analysis — It’s not hard to understand why Andrew Garfield’s pitch-perfect portrayal of Spider-Man in No Way Home feels as stunning and (somewhat) surprising to watch as it does.

His appearance in No Way Home marks the first time we get to see him play the character in a film that is actually devoid of the many other flaws that plagued Sony’s short-lived Amazing Spider-Man franchise. His heart-wrenching reaction to saving Zendaya’s MJ from her deadly fall only further proves just how much emotion the actor was able to bring to his interpretation of the character — in spite of the studio meddling that ultimately sank his solo Spider-Man films.

All of this is to say that, if No Way Home proves anything, it’s how good Andrew Garfield is at playing Spider-Man, and what a massive tragedy it is that he didn’t get the chance to do it in a franchise actually worthy of his talent.

Spider-Man: No Way Home is playing in theaters now.

It’s not a spoiler to say that Spider-Man: No Way Home is practically brimming with Marvel cameos and references. The new superhero flick stars a number of characters from Sony’s non-MCU Spider-Man films, including Alfred Molina’s Doc Ock, Willem Dafoe’s Norman Osborn, Jamie Foxx’s Electro, and Rhys Ifans’ The Lizard, to name just a few.…

It’s not a spoiler to say that Spider-Man: No Way Home is practically brimming with Marvel cameos and references. The new superhero flick stars a number of characters from Sony’s non-MCU Spider-Man films, including Alfred Molina’s Doc Ock, Willem Dafoe’s Norman Osborn, Jamie Foxx’s Electro, and Rhys Ifans’ The Lizard, to name just a few.…