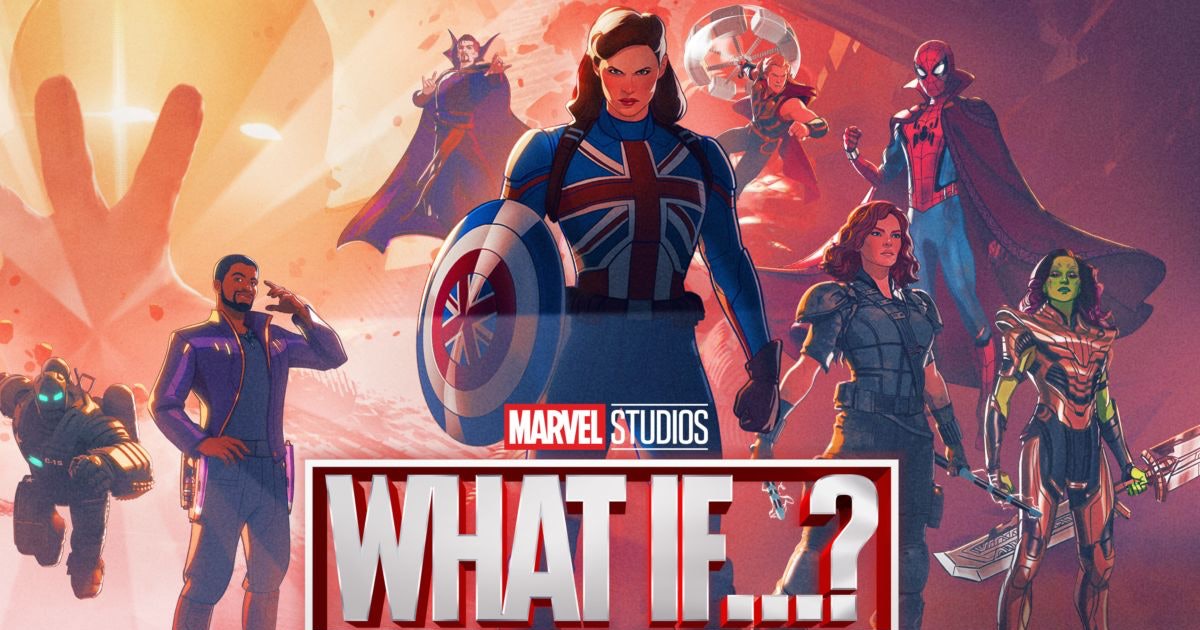 In an intergalactic cantina, a familiar face we’ve known as the “Mad Titan” isn’t very mad at all. Thanos, who famously “snapped” half the universe away, has ditched his golden armor for a more casual fit.

In this alternate reality, Thanos had a good talking to from a very different “Star-Lord.” “I’m a big enough man to admit when I’m wrong,” Thanos says. “T’Challa here showed me there was more than one way to reallocate the universe’s resources.”

Loki introduced us to the concept of “variants” in bold strokes. Characters like Sylvie, Classic Loki, and Alligator Loki were different from the God of Mischief we knew and loved. But in the animated series What If…?, Marvel showed us a more subtle take on the variant.

SCENE STEALERS is a countdown that salutes the unforgettable small-screen characters of the year. Good Guy Thanos is #17.

In the second episode of What If…?, titled “What If… T’Challa Became a Star-Lord?” the MCU speculates a reality where the Wakandan prince and Black Panther (reprised by Chadwick Boseman in his final performance) becomes the outlaw Star-Lord, instead of roguish idiot Peter Quill. Invigorating as it may be to watch Black Panther dole out space justice for 32 minutes, someone else steals the spotlight in What If…? after just a few lines.

WHO IS “GOOD GUY” THANOS?

After admitting that his plan to wipe out half the universe wasn’t the best idea, Thanos still backtracks: “I still assert my plan was not without its merits.” When another member of T’Challa’s renegade group of Ravagers retorts that he’s describing genocide, Thanos doesn’t entirely disagree: “I’m pretty sure it’s efficient.”

Voiced by original Thanos actor Josh Brolin, “Good Guy Thanos” (or “Cool Thanos,” if you prefer) is an ingenious twist on the most memorable villain in the MCU. For What If…?, an anthology based on classic comics that posed the same question, many of Marvel’s live-action movie actors reprise their What If…? counterparts. (Boseman’s role gained precious significance as a posthumous release following his passing from colon cancer in 2020.) Brolin was also available, and thank Galactus because without him, Good Guy Thanos would have been a much harder sell — just another dramatic variant, rather than a wrinkle of the original artifact.

No longer hell-bent on wiping out half of the universe, this Thanos is happy to take orders from T’Challa in service to a greater good. Everything about Thanos in What If…? is a clever rework that’s believable but no less mind-blowing. Could the greatest villain in the Marvel universe really be a good guy? The answer illuminates the complex narrative that’s been brimming under the surface of the Infinity Saga, no Mind Stone needed.

If Good Guy Thanos comes as a surprise to the audience, it probably wasn’t a shock to the man behind the big, purple chin. In a 2018 interview, Entertainment Weekly remarked that Thanos “looks like a Neanderthal,” and Brolin responded with pathos.

“You see this lughead and this guy who you pigeonhole right from the first cosmetic reaction to him,” he said. “What I see is this in this guy’s eyes. This super, super, super intelligence. There’s this constant contrasting thing about this Neanderthalic lughead who’s way more intelligent than anybody else in the movie, by far.”

Brolin understood the complexity of Thanos better than anyone. It only took three years for the rest of the MCU to catch up.

“Is Thanos weaker because he’s good?”

Later in the episode, Thanos squares off with the Black Order. In the reality that fans know, the Black Order accompanied Thanos in his maniacal mission, but in What If…?, they answer to a different authority. Once again, it’s fascinating to see the Mad Titan in this altered context: getting beat by cronies he commanded in billion-dollar blockbusters. Were they always powerful enough to defeat him? Or is Thanos weaker because he’s good? We need a rematch to find out for sure.

There’s little doubt that several What If…? variants will return in future episodes, spin-offs, and yes, movies. Captain Carter, a superhero Peggy Carter with the Super Soldier Serum, is destined for a return in Season 2, while the “evil” Doctor Strange from the show’s fourth episode is primed for Doctor Strange in the Multiverse of Madness. A Marvel Zombies series is already in development.

The future of Cool Thanos is less certain, but it would be a shame if this single episode was the only time we ever see him. There’s something special about this character, a “reformed” villain who never committed his planned monstrosity, that lends itself to more stories.

Unlike other variants, “Good Guy Thanos” points to a simple truth about life outside the MCU. . Sometimes, all you need is just good advice from a friend. This Thanos proves that no one is beyond redemption. All it takes is a nudge in the right direction, because things can change at the snap of a finger.

What If…? is streaming now on Disney+.

In an intergalactic cantina, a familiar face we’ve known as the “Mad Titan” isn’t very mad at all. Thanos, who famously “snapped” half the universe away, has ditched his golden armor for a more casual fit. In this alternate reality, Thanos had a good talking to from a very different “Star-Lord.” “I’m a big enough…

In an intergalactic cantina, a familiar face we’ve known as the “Mad Titan” isn’t very mad at all. Thanos, who famously “snapped” half the universe away, has ditched his golden armor for a more casual fit. In this alternate reality, Thanos had a good talking to from a very different “Star-Lord.” “I’m a big enough…

Scientists have a new theory explaining liquid water on Mars