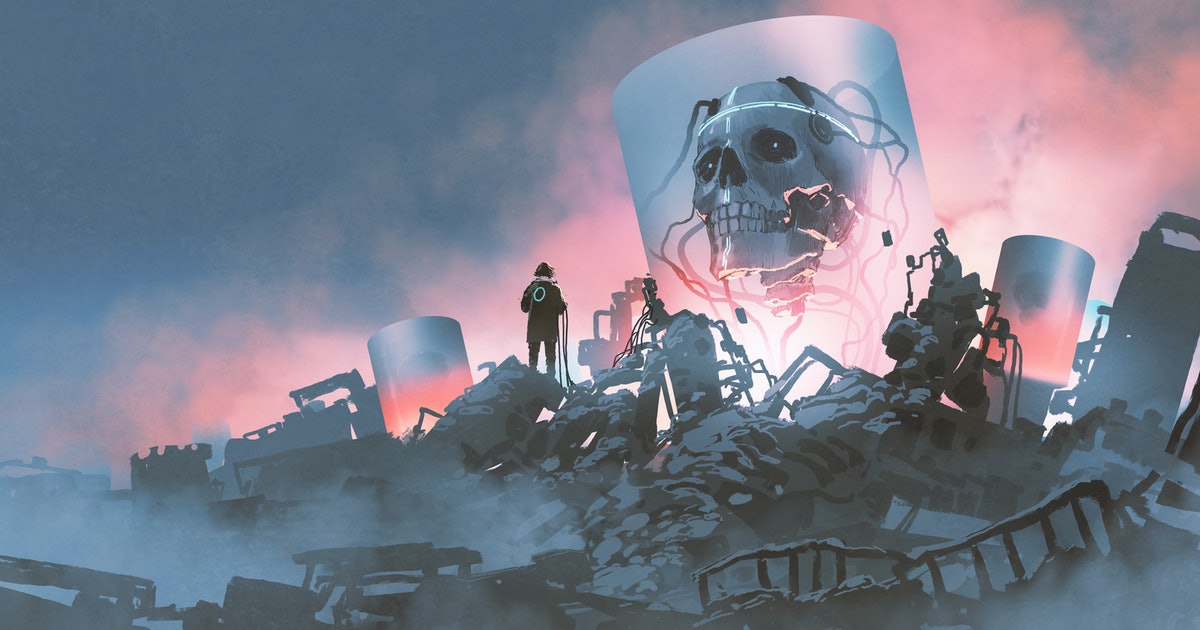 When vampires and werewolves fight, everyone wins. These days we have the sublime vampire comedy series, What We Do in the Shadows, but if you genuinely like some of the more over-the-top horror tropes the show skewers then there’s an earnest yet totally cornball vampire series waiting for you.

In 2003, when the aesthetics of The Matrix were all the rage, Kate Beckinsale donned a leather trench coat and decided to kick some werewolf ass. The movie was Underworld, and if want a vampire movie with a Blade Runner edge, you’ll do no better than the series it spawned.

There’s not a single film in the Underworld series that received positive reviews, but the films were mostly successful at the box office. In fact, after grossing 95 million against a budget of 22, the first Underworld was a bonafide sleeper hit. When you watch it now, it’s easy to see why. The premise is established within the first five minutes — Lycans (werewolves) are fighting with vampires, and things are about to get real. Genre films aren’t really made like this anymore.

Underworld’s use of world-building shorthand is impressive and efficient. The first film almost feels like a sequel, in that it assumes the viewer immediately understands the set-up. All you need to know is that a group of vampires work as a hit squad against werewolves. In the first act, elite werewolf hunter Selene (Beckinsale) makes two important discoveries: someone has started shooting at vampires with bullets containing daylight (uh-oh!) and the Lycans are obsessed with a specific human, Michael Corvin (Scott Speedman), for an unknown but presumably nefarious reason.

Underworld asserts the absurd rules and aesthetics of its world as a given. Kate Beckinsale wears a leather corset that makes her look almost exactly like Trinity from The Matrix, her vampire coven lives in an ostentatious mansion, and you’re just expected to roll with this. Underworld is never winking at the camera but, in its utter humorlessness, it’s actually having a ton of fun.

Any pathos comes from the great performances: Underworld and its sequels aren’t quite as beloved as the Resident Evil series, partially because all its characters are anti-heroes. And yet it’s this sort of shady immorality that makes Underworld so damn enjoyable. Selene thinks vampires are destined to rule the world, and throughout most of the series she’s unwavering in this viewpoint. Sure, there are times we feel bad for the werewolves, but because the vampires are better dressers and have cooler gear you end up Team Vampire all the way.

The many Underworld sequels are a mixed bag. Netflix currently has the first film, as well as Underworld: Rise of the Lycans, which is actually a prequel and hardly features Beckinsale’s Selene. Netflix also has Underworld: Awakening, which is actually the second sequel to the first film. It focuses on Selene’s daughter and a changed status quo in which humans are now aware of vampires and werewolves, prompting monster crap to really hit the fan.

Netflix does not have Underworld: Evolution, the direct sequel to the first film, nor Blood Wars, the underwhelming 2016 film that attempted to put a button on the whole series. For such a silly premise, the timeline gets confusing in a hurry. But for the purpose of watching this series for the first time on Netflix, the first move is easily the best, and then you can skip Rise of the Lycans and go straight to Awakening. You’re not going to do better than the first film, but seeing Selene with her daughter in Awakening is cool, and it will leave you with a positive feeling about the franchise.

Underworld is for fans of unabashedly gory, violent horror films. The visual language feels borrowed from cyberpunk, and the action is derivative. And yet Underworld manages to have heart. It’s not trying to be the greatest or most profound series. It’s just trying to be itself, to survive in a world hostile to vampires (and vampire flicks), and there’s something sweet about that. Today, Underworld feels like a B-movie throwback made with love.

You can stream Underworld, Rise of the Lycans, and Underworld: Evolution on Netflix until December 31.

When vampires and werewolves fight, everyone wins. These days we have the sublime vampire comedy series, What We Do in the Shadows, but if you genuinely like some of the more over-the-top horror tropes the show skewers then there’s an earnest yet totally cornball vampire series waiting for you. In 2003, when the aesthetics of…

When vampires and werewolves fight, everyone wins. These days we have the sublime vampire comedy series, What We Do in the Shadows, but if you genuinely like some of the more over-the-top horror tropes the show skewers then there’s an earnest yet totally cornball vampire series waiting for you. In 2003, when the aesthetics of…